Landlubbers like me occasion­ally need reminding that 71 percent of the earth’s surface is covered by oceans.

Land is the exception, not the rule. Even though that water world may exist on the fringes of our imagination, only the most self-absorbed among us will be unaware that, from the 20th century onwards, we have been giving our seas a rather hard time—dumping sewage, some of it toxic, into them, littering them with plastics and, with the help of ever evolving technology, pillaging its resources, especially through overfish­ing almost to the point of decimation. Unbelievably, it’s getting worse.

But even in a future that looks like a total washout, there are strands of hope. I followed a particularly bright one to the Cabo Pulmo Marine National Park in Mexico.

Cabo Pulmo is kissing distance from Los Cabos, a coastal resort town which has been touted as the new Cancun, and which is, therefore, dutifully teeming with American tourists. I eschewed the charms of Los Cabos, and headed north along a slim, mountainous peninsula. Between the Baja California peninsula, as it is called, and mainland Mexico lies a serene body of water, the Gulf of California. Several major rivers end up here, including the mighty Colorado.

I had already viewed the gulf’s calm, dreamy expanse on the flight in from San Francisco, its Midriff Islands shimmering like a string of pearls in the sun. Also called the Sea of Cortez, it has the starring role in John Steinbeck’s The Log From the Sea of Cortez, an evocative account of a six-week-long marine specimen-collecting scientific expedition Steinbeck went on in 1940 in the company of close friend and marine biologist Ed Ricketts.

It was a bone-rattling ride through the desert, low-lying mountains to our left, a placid turquoise sea on the right. The rains had retreated for the year, leaving a distinctly undesertlike expanse in their wake. We were surrounded by a sea of verdure—towering cacti, lush scrubs, desert flowers in bloom. Occasionally, we sent a sunbathing snake scurrying off the dirt track.

At journey’s end, there was an angelic figure waiting…with a twinkle in her eye and a party-sized bag of M&M’s. Oceanographer, marine biologist and environmentalist, Dr Sylvia Earle has lived out her life in the limelight, but she wears her fame lightly. (“Please call me Sylvia.”) Her frail figure is misleading, for this octogenarian with a will of iron has taken on, in no particular order, governments, influential but contrarian lobbies and patriarchal scepticism about women’s place in the world of exploration. And she loves diving. To folks who baulk at this 82-year-old’s youthful ways, Sylvia, with characteristic candour, says, “I’m still breathing, so I’m still diving.”

Since 1982, Sylvia has been a Rolex testimonee (a kind of brand ambassador), and it was at the luxury watchmaker’s invitation that I was spending time with the legendary diver in this corner of paradise. But Sylvia’s association with Rolex goes back further. After being rejected in 1969, for being female, for the Tektite project, a laboratory submerged 50 feet underwater off the US Virgin Islands, which allowed scientists to conduct marine research for weeks at a time, she led an all-female team of aquanauts in Tektite II next year. The entire crew was gifted Rolex timepieces. Ever since, Sylvia and her trusty Rolex are rarely apart (read, never).

Sylvia with her trusty timepiece

Sylvia went on to pioneer deep ocean exploration technology through an engineering company she co-founded and ran. In 1990, she was appointed Chief Scientist at America’s National Oceanic and Atmospheric Administration, where she stayed for two years. Since 1998, she has also been a National Geographic explorer-in-residence. For five years she ran their Sustainable Seas Expeditions. That’s as impressive as a CV can get. Over a lifetime of diving, Sylvia has clocked nearly a year underwater. She has been called many things, including ‘Her Deepness’ by the New Yorker, but the one I like most is ‘Sturgeon General’.

A crucial turning point came in 2009, when Sylvia won the TED prize. Asked to make a wish for the planet, she said, “I wish you would use all means at your disposal—films, expeditions, the web, new submarines—to create a campaign to ignite public support for a global network of marine protected areas; Hope Spots large enough to save and restore the blue heart of the planet.” A year later, she launched Mission Blue, an initiative of the Sylvia Earle Alliance (which, cleverly, abbreviates to SEA), to identify and promote these Hope Spots, being areas of the ocean which are either beacons of hope or areas which need urgent attention. There are over 80 currently, selected through a rigorous nomination process.

Cabo Pulmo, hearteningly, is a Hope Spot of the first kind. Alarmed by a sharp dip in fish populations following rampant commercial and sport fishing, the fishing villages in the area traded in their nets for tourism. They lobbied with the government and got a 70 sq km area of the gulf declared as a protected reserve in 1995. The resulting resurgence in marine fauna led to Cabo Pulmo’s inclusion in the Unesco World Heritage list 10 years later. Today, there are no fishing trawlers here, only a thriving eco-tourism industry. Even the resort, Vidasoul, where I spent a memorable few nights, was designed to be completely off the grid. They recycle their wastewater for irrigation, create their own freshwater by desalinating seawater and generate their own power from 100 rooftop solar panels, the largest solar array on the peninsula’s East Cape. In their bid to be eco-friendly, they have neither scrimped on comfort nor style. They only suggest that roommates shower together to save water!

The proof of the pudding is in the eating, of course. That afternoon and the next morning, there was plentiful evidence of the watery wonderland Cabo Pulmo has become. We set out in a boat over choppy waves for a rocky outcrop about a mile from shore. The rock had been commandeered by a bunch of ecstatic pelicans. When we dropped anchor, flipped over backwards into the water and adjusted our snorkels, it was apparent why. The waters were brimming with shoals of sardine, a visual treat for us and a veritable feast for the birds. A steady stream of bubbles rising to the surface indicated where the divers were at any given point: Sylvia, in her trademark ruby-coloured flippers, and her crew, filming the scene.

Next morning, we ventured further out to sea, where the pickings were richer. We raced a pod of dolphins—at a respectful distance—before stopping near a massive school of jacks (the seals would have to wait for another day). Stunning as the view was through my snorkel mask, I couldn’t help but envy the divers their easy felicity in the water. Later, we stopped at a calm cove close to the shoreline, where the shallow water increased visibility dramatically and the corals looked as psychedelic as its residents. These included puffer and parrot fish, the bizarre but appropriately named flutemouths and a large turtle which didn’t in the least seem to mind our following it around. Mission Blue and other scientists working in Cabo Pulmo are collecting evidence in support of expanding the protected area, which includes studying shark migration patterns to ensure the correct areas are included.

That evening, I chatted with Sylvia on the beach that fronts Vidasoul, trying not to neglect the excellent avocado margarita in my hand. A prolific public speaker, Sylvia has a nice voice, dulcet even, and only utters perfectly formed sentences. “Like all children, I began as an explorer,” she said, “An explorer, after all, is a child who never grew up.”

“The earth has skin and this skin has several diseases. One of these diseases is man,” she added chillingly.

“For 18,000 years the sea level has been rising and the ocean temperature going up gradually. Suddenly, the pace has accelerated.” There was a sense of urgency in her voice. “What I’d love to do more than anything is spend my time out there in the ocean, as a scientist. But it’s a luxury I can no longer afford.” Instead, Sylvia spends her time in boardrooms all over the world, lobbying for the oceans. It came as no surprise that she does not eat fish. That night, I passed it over too.

No change would be possible without knowledge and scientific exploration. Rolex has supported exploration since at least the 1930s, when it started equipping expeditions with Oyster watches. The Oyster was the world’s first waterproof wristwatch (so now you know why it’s called that). In the 1950s came the professional series, tool watches that did much more than tell time. These were watches for experts: divers, pilots, mountaineers, scientists, and so on. Rolex’s watches, quite simply, defy the elements. They’ve accompanied expeditions to the ends of the earth. They were on Everest when Edmund Hillary and Tenzing Norgey made that historic ascent. More recently they’ve been spotted under the Arctic polar ice.

The Holy Grail of diving watches is, of course, the Submariner. Launched in 1953, it was the first diving watch in the world. It is coveted by divers, for it signifies arrival; not in a parvenu sense, but rather indicative of your commitment to diving.

Since it’s critical for divers to resurface within a stipulated time, chronometric precision, waterproofness and corrosion resistance are the essential hallmarks of a good diving watch. Originally waterproof to a depth of 100m, since 1979, the Submariner can safely dive to 300m. Of course, it has been superseded by other models, like the Sea-Dweller, which could initially descend to 610m but can now go as deep as 1,220m and even boasts a helium escape valve (to release the gas which can enter the watch owing to the pressure at those depths). This process of innovation culminated in 2008 with the launch of the Rolex Perpetual Deepsea, a watch that can descend to an unprecedented 3,900m. I could go on and on, but you get the idea. Rolex also supports exploration through generous endowments to expeditions, including to the Mission Blue initiative. Quite recently, it also entered into a partnership with National Geographic.

When Sylvia first visited Mexican waters, Caribbean monk seals were still around. They are now extinct. Ironically, on the eve of Cabo Pulmo being declared a Hope Spot, the vaquita, a porpoise endemic to the northern part of the Gulf of California, is critically endangered. Hopefully, this time round things will end differently. Yes, hope is good, but a Hope Spot is better. 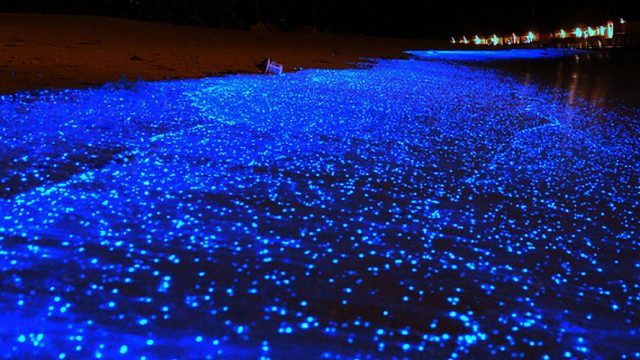 5 Most Unique Beaches Around The World

See nature in all its glory at these unusual beaches 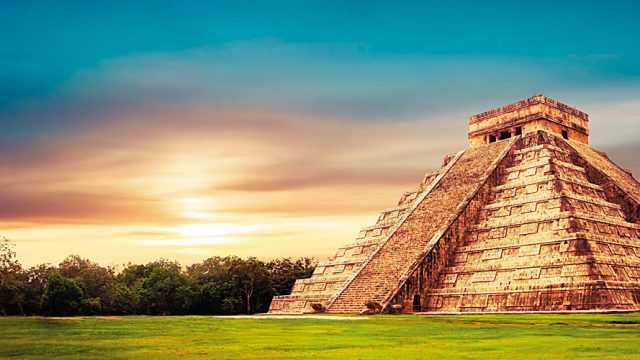 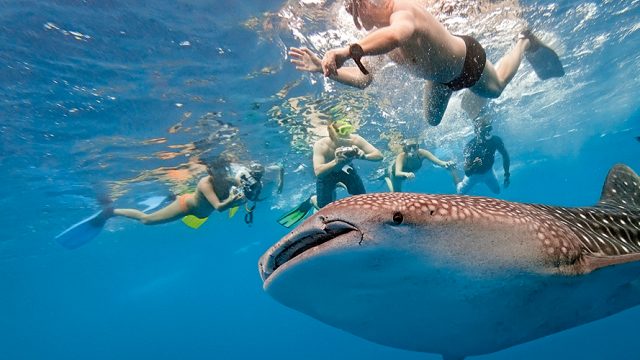 From swimming with sharks to skateboarding down a volcano, here are some great ideas