with the Japanese—a recent trip unearthed two gems. The first was Woodstockholm, a quiet, graceful wonder; and the other, Gastrologik, an operatic powerhouse of culinary gems. Located in the south of Stockholm—close to Södra Teatern, where I read from my books years ago on my first trip to Sweden—Woodstockholm is wee enough to miss. Nestled across a small public garden in Södermalm, it conforms to the smart minimalism of Swedish design. I went to Woodstockholm with no expectations. And I discovered, to my luminous surprise, a restaurant with dynamic, whimsical menus, built on robust organic produce, drawing on a food philosophy popularised by Alice Waters at her iconic Berkeley eatery Chez Panisse, where dessert can sometimes be a pear from Frog Hollow Farm.

The minimalist interiors of Woodstockholm

I was suggested an Austrian white—how nice to go past the usual slews from Portugal or Spain—and how smartly it paired with the starter of salmon, tartar and egg. This was followed by herring and white asparagus. My main was the handsome Arctic char with a dill sauce, very clean, level, exact. Now there was wine from Hungary. And I was pleased to be introduced to new soils and new light by a knowledgeable, friendly waitstaff.

My dessert was rutabaga in a white meringue (this appeared to be trying too hard) and I also indulged in a lick of exquisitely memorable chocolate mousse. There are many enduring and fresh stars on the restaurant scene in Stockholm—take recent firecrackers Café Nizza or Tegelbacken. Good food is not difficult to find in a city that prides itself on gastronomic excellence, but Woodstockholm, which is also excellent value for money, has the bones of a sturdy modern classic amid blustery new arrivals.

My only complaint? Woodstockholm is small and dreadfully crowded. So small that I was reminded of Dorothy Parker’s comments on her office at the New Yorker, which she shared with a colleague, and of which she remarked that if ‘it had been any smaller, it would have been adultery’.

Gastrologik is very, very serious about food. They will receive you with easy warmth and a stylishly casual air, but the restaurant secretly hopes you can tell your bread has spelt, the pike was locally sourced, and that you will appreciate the expansive 21 small portions that appear magically, served with the energy and poise of a dramatic performance. And guess what? You will love it.

Set in a gorgeous Jonas Lindvall-designed space, the restaurant has the controlled, compelling air of the home of an important mid-career artist, done up in comforting tones of white and cream, an assemblage of low-lit rooms with private tables, and a large community table (for which I opted). I started with koji pancakes (koji salt is something to take back) and moved to a deliciously light, flavourful pointed cabbage with ceps. I wasn’t sold on the blackcurrants with sorrel, but I would applaud the Junkön wild salmon that came before the turbot and the Arctic char that was met with broad beans.

Magnus Ek, the chef and owner of Oaxen Krog, started the trend of using local produce for fine dining in Sweden

In the middle of my astonishing meal, I found myself thinking of Oaxen Krog & Slip–my absolutely favourite restaurant—and a Stockholm institution. Magnus Ek of Oaxen has influenced a generation of chefs and it seemed as if victuals from the Gastrologik kitchen drew on Ek’s remarkable and sophisticated oeuvre. As the magnificent Ek has done for years at Oaxen, younger star chefs Bjuhr and Holmstrom aim to replicate their own version of this language with Gastrologik (the Michelin inspectors will be coming back here). I was charmed by the baked rhubarb from Gotland; subsequently, the frozen berries with blackcurrant leaves. At times the ingredients seemed to repeat over the courses—initially, it felt monotonous; later, the meal, in retrospect, had the resonance of great architecture, where a pattern or motif reprises to establish the larger themes, to cohere as a whole, to prove a sense of structure. And so I came to conclude my meal with grown-up candy with roses, which harked back to the pointed cabbage with field roses and ceps, one of the first courses, the two book ends of my marvellous meal united by petals. The community table can be a bit of a challenge—I am not the best company around strangers—and I wonder if there is another way to enjoy the full-bodied experience without having to be ‘on’ for the evening.

In the past, I’ve stayed at the Hotel Skeppsholmen, located on the water, an idyllic art-filled sanctuary in the heart of town. If you want to have a more casual meal, without the formality of either Gastrologik or Woodstockholm, their restaurant Långa Raden is an open-air nest of elegance serving wholesome food, best enjoyed on a weekend for lunch, with heaps of books or the newspaper, spread out on wooden benches, under trees, as children cry out and dogs frolic on the grass. I enjoyed the tomato and herb-baked rainbow trout as well as a starter of bleak roe, a Swedish staple (for fish in Stockholm, I also suggest the classic Wedholms Fisk, with an auction house nearby to browse before). Equally casual and relaxed is the atmosphere at Österlånggatan 17, a charming easy diner, where I recommend the gratinated oysters or the shrimp salad with avocados—robust, hearty country flavours at a restaurant in the centre of Stockholm.

If you haven’t thought of Sweden as a food capital worth visiting, then you will be gobsmacked by the dictionary of choices before you. The first time you will be happily shocked; thereafter, you will learn to count on it more and more. 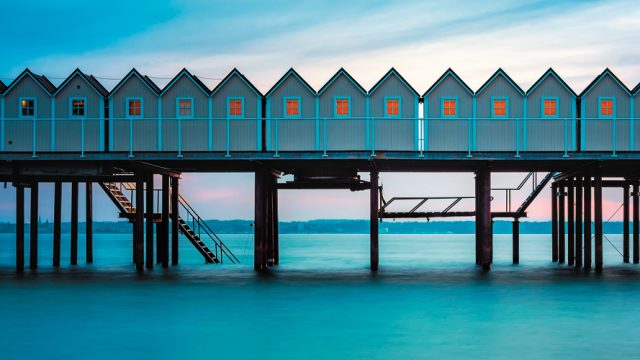 South of the touristy spots in Sweden, there is Skåne, just a little more Nordic and hiker-friendly, and just as charismatic 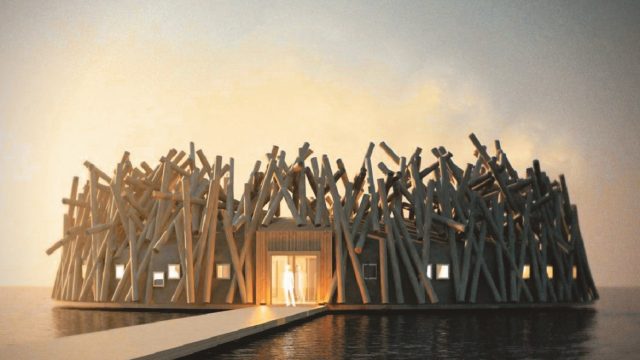 16 Heritage Sites from Around The World

We celebrate 16 years of Outlook Traveller with these UNESCO Sites