Jammu and Kashmir: Former CM Mehbooba Mufti has questioned the police claim that terrorists managed to kill arrested hybrid militant while he was in custody, saying it ‘defies logic and deserves a thorough investigation’.

Jammu and Kashmir: AAP said the UT is witnessing a serious security situation but the government seems ‘least concerned’ and the only thing it is doing is to peddle ‘lies of normalcy’.

Jammu And Kashmir: Three Jaish-e-Mohammad (JeM) ultras were killed in Drach Keegam area, while a Lashkar-e-Taiba (LeT) terrorist was eliminated in Moolu, the officials said. 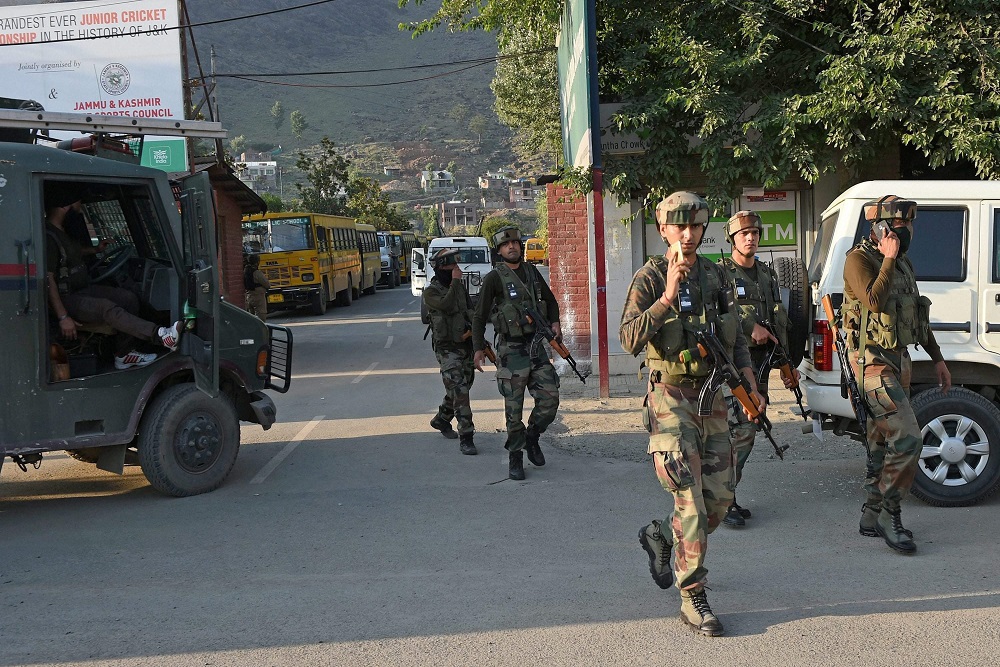 Jammu and Kashmir: Monish Kumar and Ram Sagar, both residents of Uttar Pradesh’s Kannauj, were killed in a grenade attack by terrorists while they were asleep in their rented accommodation in Shopian district in the early... J&K: Four Militants From JeM And LeT Neutralised As Second Gunfight Breaks Out In Less Than 12 Hours In Shopian

Security forces launched a cordon and search operation in the Moolu area of the south Kashmir district in the early hours of Wednesday after receiving specific input about the presence of militants. The two labourers killed were identified as Ram Sagar and Monish Kumar, both residents of Kannauj in Uttar Pradesh. The attack comes days after a Kashmiri Pandit was killed in a targeted attack in the same district. 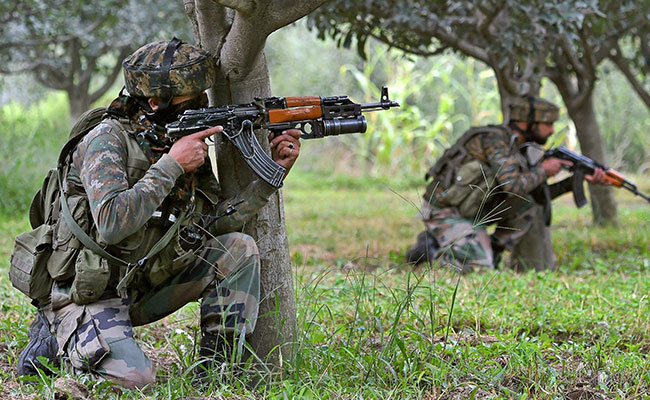 Jammu And Kashmir: Security forces had earlier launched a cordon and search operation in the Baskuchan area of the south Kashmir’s Shopian district, after receiving specific input about the presence of terrorists, the...

The encounters broke out after police and security forces received specific input about the presence of terrorists in those areas. 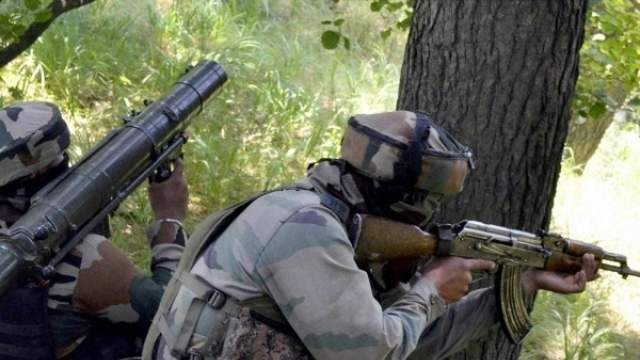 Jammu and Kashmir: The officials said one security force personnel was injured in the gun battle, while an unidentified militant was shot dead in the ongoing...

Security forces launched a cordon and search operation in Nagbal area of Shopian following information about the presence of militants there.

Jammu and Kashmir: Terrorists shot dead the Kashmiri Pandit Sunil Kumar and injured his cousin on Tuesday at an apple orchard in south Kashmir's Shopian...

Police said Adil Wani killed Sunil Kumar Bhat in an orchard in a Shopian village on Tuesday and later took shelter at his home in Kutpora.

Security forces launched a cordon and search operation in the Kutpora area of Shopian Tuesday night following information about the presence of militants there.

Jammu And Kashmir: The people at Chotigam village of south Kashmir’s Shopian raised slogans against the killing of their Kashmiri Pandit brethren Sunil ...

According to Inspector General of Police, Kashmir zone, Vijay Kumar, one of the slain militants was identified as Jan Mohammad Lone, who was allegedly involved...

Pakistani Among 2 Terrorists Killed In J&K’s Kupwara, Another Encounter Breaks Out In Shopian

Jammu and Kashmir: Two terrorists of proscribed terror outfit Lashkar-e-Taiba(LeT), including one Pakistani terrorist identified as Tufail was killed in an...

J&K: 3 Soldiers Injured In A Blast Inside Private Vehicle In Shopian

Jammu and Kashmir: The security forces had launched an operation in Pandoshan area of south Kashmir’s Shopian district, following information about the...

Kashmir: Bal Krishan Bhat, whose family runs a medicine store in Chotigam of the district, was shot at by terrorists outside his shop.

Jammu and Kashmir: The three men hailing from Rajouri district of Jammu region—Imtiyaz Ahmed, Abrar Ahmed and Mohammed Ibrar were killed in a remote hilly...

Jammu And Kashmir: Security forces launched a cordon and search operation in Turkwangam area of Shopian district in south Kashmir during the night following...

Kashmir: The killed militant has been identified as Umar Ishfaq Malik alias Musa of Hizbul Mujahideen, who was a resident of Shopian’s Bongam village.