As we stay at home, there is no need to shop for new clothes or shoes. Since it seems unlikely that we will be going to offices anytime soon, bring on the Polos and the shorts which nobody will see on a Zoom call.

A case of Monday Blues seems to have no cure. But I am here to discuss another kind of Monday Morning Blues — the sartorial kind.
I started my career in 2014 at a Big Four audit firm. Though it sounds grand, we were paid peanuts, and I didn’t know the difference between cost-to-company (CTC) and actual income. Yet, it was my first professional gig and I wanted to make a good impression. For a grad student, who enjoyed the liberating denims and T-shirts, I had to shop for formals like there was no tomorrow. I was particularly fond of dark blue trousers and a pin-striped pale blue shirt with a Parker Pen in the pocket. At times, snobbery is not such a bad thing. The dress code was so formal that I had worn denims and a polo vest on just one Friday, thanks to the 4th of July celebrations. We needed special written approval from HR! One fine Friday, I was in the cafeteria, waiting for 20 minutes for 2-minute noodles. An assistant manager, who was close to me, chided me for wearing casual leather shoes made by Woodland. He saw them as sports shoes. Bata was my choice of formal footwear.

After six months of gruelling audits, I joined a bank and a custodian. I was asked to work with US clients. All of you who have worked for the backend or middle office know what that means. I would go in when most others were exiting the tech park after their evening chai. That hurt more on Fridays when the ID-card-wearing corporate pets walked out with a visible spring in the steps and bright eyes looking forward to the weekend. Having shopped enough to last me for a year, I continued wearing formals. But I learnt soon that we could wear jeans, polos, round neck T-shirts. Of course, I learnt from the misadventures of my manager’s pet that printed T-shirts were still out of bounds. So, I tucked away a few captioned vests for weekend jaunts to malls — oases of entertainment for Urban Bangaloreans. When I got promoted within the bank, I moved up a couple of floors while also working at a time that was humane. The dress code was more relaxed as we could wear casual shirts without tucking them in and with the sleeves rolled up. The Batas gave way to Ruosh which I treasure to this day. I had to buy liquid wax to shine them. Dad rolled his eyes as he had never bought “boot polish” for Rs 250.

I changed jobs and the nationality of the clients I served. Australia mate! Though I am a cricket fan who wakes up before 5 AM to watch The Ashes, starting as early as 4 AM to hop into a cab is never pleasant. Also, who cares what you wear at the crack of dawn? I did. However, those formal shirts were hidden under sweaters and hoodies. As the winters became colder, T-shirts were the primary vests as I no longer wore formals. And they were obviously hidden under the wool of different hues in V-neck, round neck and a few that covered my neck.
“Winter is coming” was the mantra on everyone’s lips. But it was summer all around. Yes, the last season of Game of Thrones was upon us. I was basking in the warm yellow weather as I migrated to a completely different domain and at a tech company for the first time. Was there a dress code? Not really. I saw the techies even wear shorts to the office as they cycled into the campus, which they of course changed when they sat at their desks. I enjoyed wearing Blues, Greys and Mustards in the formal shirts. The stag of Allen Solly and the French chic Celio shirts had replaced most of the Park Avenues and Peter Englands. I matched them with black and brown leather belts as well as matching pairs of Ruosh. Oh, I was loyal to my favourite brands. On other days, I mixed and matched my footwear — canvas, loafers, casual leather, and Clark’s sandals with ethnic wear. I could wear different a pair each day! My feet never looked better.

Every summer has to make way for damp weather. I faced tough times on the professional and personal front. I wasn’t at the pink of my health. Coincidentally, I had stopped wearing pink. I called it quits. It was time to reassess my career choices. I enjoyed a couple of Mondays as I felt that it was a well-deserved break after 5.5 years in four companies. My dad, who had served the same bank for 37 years, never understood. Besides, four managements had changed hands during his tenure as a loyal employee. 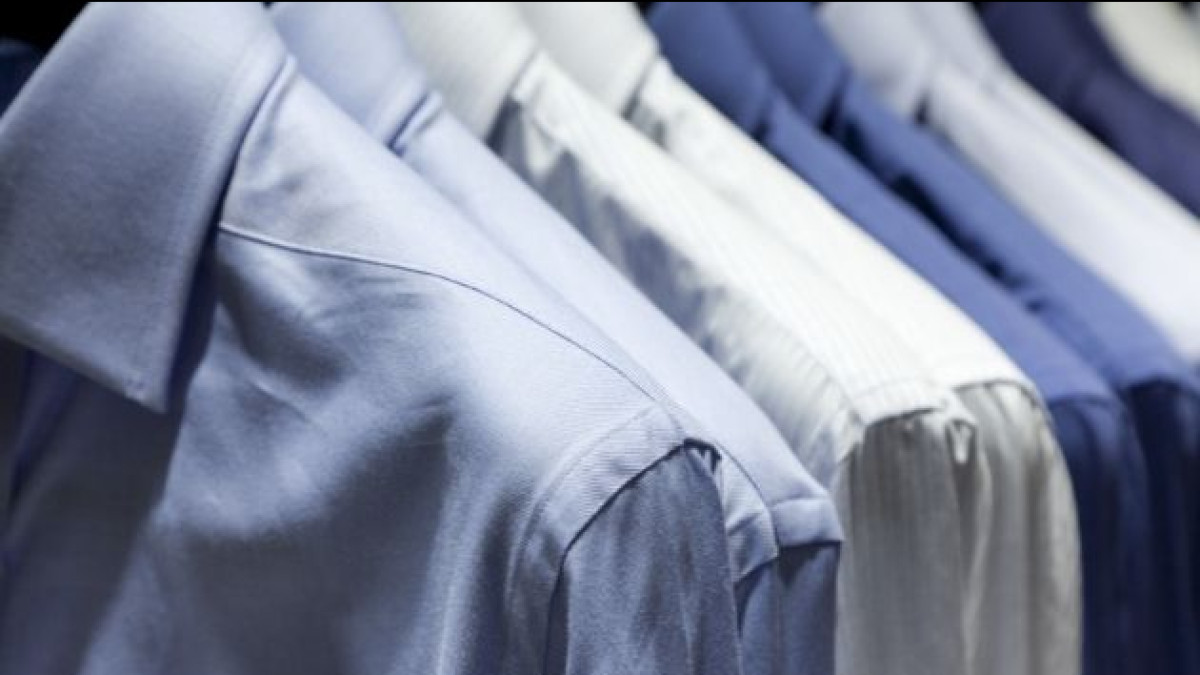 Two weeks turned into two months. My Monday mornings usually began with a positive outlook and hope for new opportunities on the horizon. One Monday morning, I found myself at a hospital in T-shirt and jeans. We had Ubered the previous night. It was one of the coldest nights of my life in a closed waiting area of the hospital. And I have slept on a park bench at another hospital with no roof over my head. It was cold because there was a strange fear. The Monday after that, I was on my way with two of my uncles in tow. My scalp was bare and I was numb. I wore my favourite Clark’s sandals to the Ghat to spread my father’s ashes.

Cloth Masks No Match For Omicron: Your Guide To Choosing The Right Face Cover

What Does This ‘Wanted Maoist’ From Jharkhand Want? ‘Clothes, Food And A Pair Of Oxen’

A couple of Mondays later, I attended an interview at a big international bank. It was set up by my kind mentor. I am glad I went. No, I didn’t crack the interview. But the interviewer told me in no uncertain terms that I was barking up the wrong career tree. It was followed by an interminable period of inertia. Hope drove me forward. Rejection emails, lack of response or commitment from potential employers/clients pulled me into despair. I eventually got employment at a marketing agency where I had to work with the founder remotely. The first Monday I joined, I wore polos and jeans paired with my Puma flip flops. I realised that he didn’t care as long as I churned out content and answered his innumerable calls without fail. So I showed up on Google Meet the next few days in my Performax blues and greys paired with shorts. I also freelanced with an American social media career portal. I had to attend a daily stand-up at 10 AM. I asked a colleague if there was a dress code. He simply said, “Dude, we never turn on our cameras”. Moreover, the stint was as short-lived as Kendall’s perceived control over Waystar Royco in the popular series Succession.

On another listless winter day, I was contemplating Twitter suicide. I was fed up with the barrage of notifications which did very little to alleviate my job situation. I saw a tweet retweeted by a fellow Tweeterati. The gentleman was looking for copywriters for his agency. “Open for people with varied experience” made my eyeballs pop like that of a cartoon character. I invoked cricket and movies in my mail and attached a few articles. A week later, I was riding a new wave altogether. The dress code? I saw people wearing round neck T-shirts, Crocs, Sandals and ripped jeans! My top row of the wardrobe which has a few fine pairs of formals had to wait. I didn’t want to be a “corporate” copywriter at an advertising agency.

Just as I thought that I would be the most casually-dressed copywriter, something else was in store for me. I was supposed to give a keynote address to a group of aspiring public speakers. The founder was cool enough to allow me to present from his cabin. So, I wore a blue smart casual shirt with khaki trousers from the house of Levi’s. I paired it with casual pale brown belts and loafers, not that the online crowd could see them. As I was thinking of a tricky headline for the copy, the founder sat next to me. “This is good. Have you dressed this way for the keynote?” I nodded sheepishly. “Why don’t you dress this way every day?” After that polite diktat, I struck a balance between semi-formals and casuals predominantly draped in Levi’s, coincidentally a client! I put away the Ruosh as Bengaluru was being barraged by incessant rains in 2021. They never stopped, just like runs from Sachin Tendulkar’s bat. Also, I had to tread an unforgiving muddy path to change three buses on my way to work.

As the world prepared to welcome 2022 amidst the Omicron scare, I received a mail. Come New Year, I joined a mammoth IT and Consulting company. We were onboarded virtually, like most things in the Covid era. As the presenter spoke about the dress code, my ears stood up. “Formals, business casuals, jeans, khakis are allowed. Ripped jeans, shorts, flip flops and ethnic wear are not allowed on campus”. There is no need to shop for new clothes or shoes. And just another thing, we are not going to the offices at least until Q2. Bring on the polos and the shorts (not visible in a call). I am all set for my first Monday in a new role. What kind of blues are you draped in?

Southern Surge: Film Industries Of South Are Doing What Bollywood Used To Do In 70s & 80s, Even Better