February, when we started our bike ride from Hyderabad, the streets, bathed in dim yellow light, were already getting deserted.  As we crossed suburbs and reached the national highway, which passes through Nalgonda’s villages, the stars gradually became clearer in the night sky.

Our destination was Medaram, a village in Telangana’s Warangal District, over 240km away from Hyderabad. The quiet hamlet hosts the biennial tribal festival Sammakka Sarakka Jatara, also known as Medaram Jatara. It celebrates the extraordinary courage of one female tribal warrior against a powerful king. Millions of pilgrims converge here to seek the blessings of the warrior goddess Sammakka and her daughter Sarakka, during the fair.

Sammakka Sarakka Jathara or Medaram Jatara is the largest tribal religious festival in Asia. According to the Telangana government’s records, more than 10 million devotees from Andhra Pradesh, Telangana, Madhya Pradesh, Chhattisgarh, Odisha, Maharashtra, Karnataka and Jharkhand visit Medaram during the three-day festival.  The festival begins in the month of Magha, on Sudha Pournami (full moon day), which usually falls in the second or third week of February.

As we got closer to Warangal city, the number of vehicles on the road increased. At Warangal, several eateries and tea shops were still open despite the late hour. A further 50km on, we were forced to slow down due to hundreds of pilgrim-laden bullock carts on the road. They all were slowly making their way towards Medaram, much like their ancestors would have in centuries past. However, modernity does seems to have touched this festival – two private companies were offering helicopter rides to Medaram for ₹40,000–50,000, which included a return journey as well. The South Central Railway runs 16 special trains for devotees while Telangana State Road Transport Corporation (TSRTC) operates 4,000 special buses to the hamlet.

Rich oral tradition has witheld the legend of goddess Sammakka, the main deity in Medram, whose story began on a full moon day in the 13th century. A group of tribal leaders snuck through the forest at midnight to hunt down animals. They were stunned to see an ambush of tigers moving around a bright light. As they approached the scene, they realised that a new born girl was emitting the bright light as she obliviously lay amidst the predators. They took her to their hamlet, where the chief of the Koya tribe adopted her and named her Sammakka. Years later, she married another Koya tribal chief, Pagididda Raju, with whom she bore two daughters – Sarakka and Nagulamma– and a son – Jampanna.

Pagididda Raju was a feudatory tribal chief who had to pay regular taxes to the Kakatiya king Pratapa Rudra, who ruled Warangal in that period. However, a severe drought made it impossible for Raju to pay taxes. But, Pratapa Rudra was still adamant on increasing the state’s exchequer. He sent his army to intimidate and extort taxes from the Koya tribe. 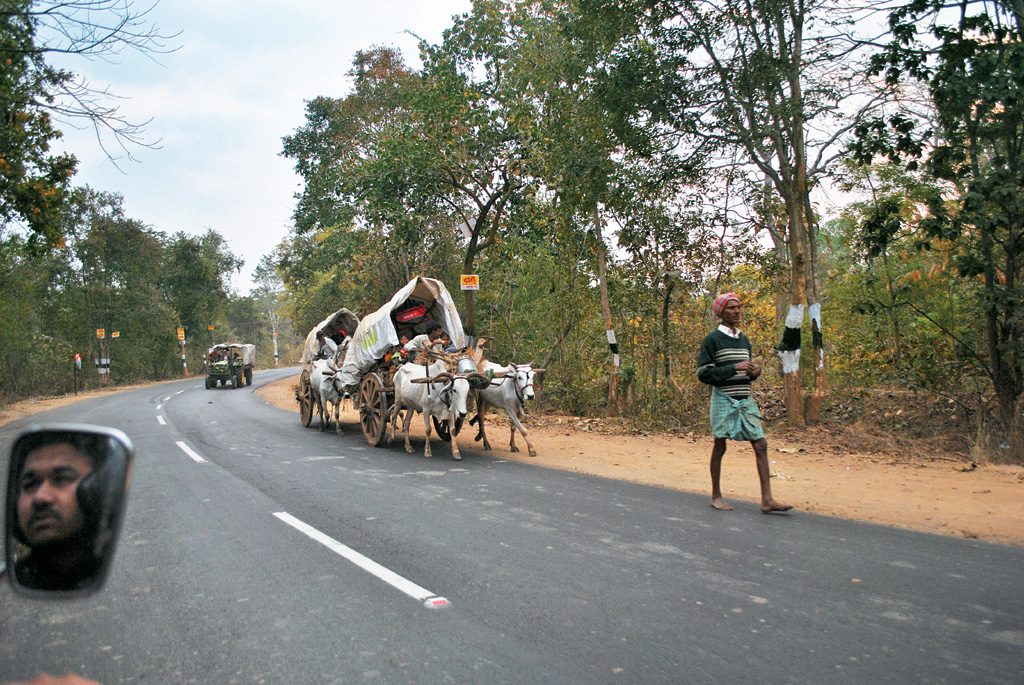 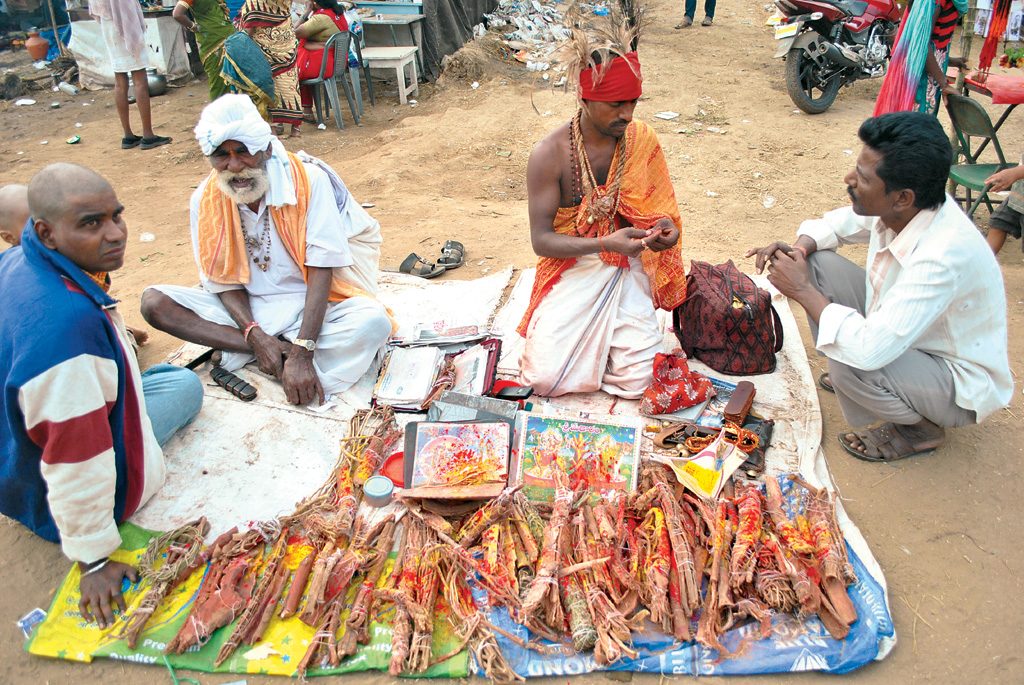 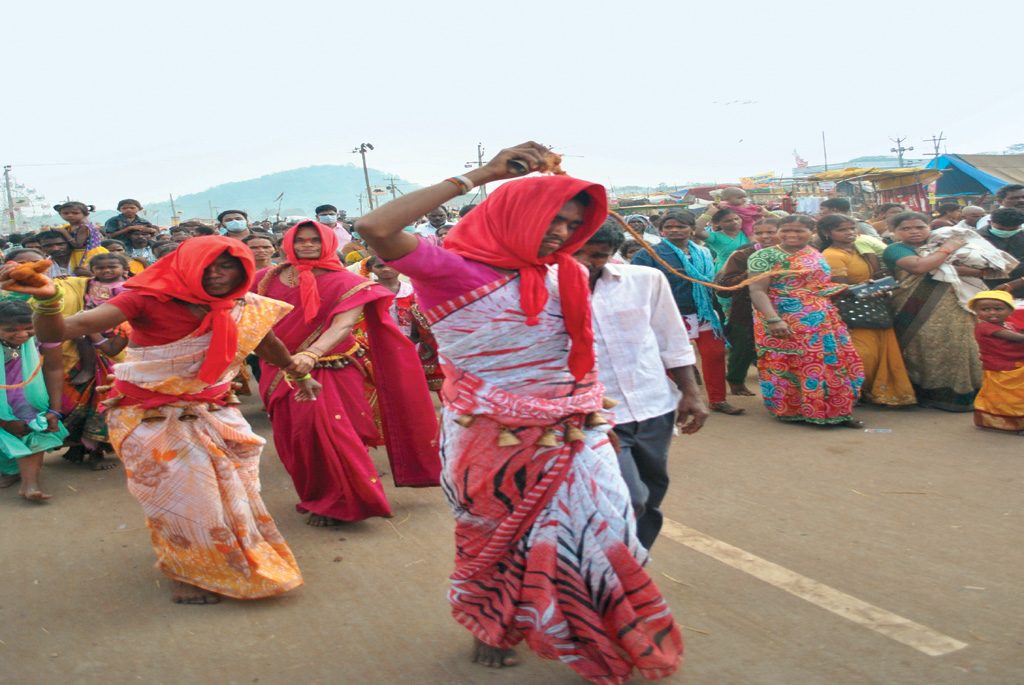 In a fierce battle that followed on the banks of a tributary of River Godavari, Pagididda Raju, his daughters and son-in-law Govinda Raju (husband of Sarakka) were killed. Hearing the news, Sammakka entered the war and fought till the Kaktiya army started retreating. Stunned by her indomitable will, the Kakatiya prime minister visited her with a peace treaty and offered her a place in the emperor’s harem as the chief queen. She rejected the offer and continued the war, only to be seriously injured in the battle. She cursed the Kakatiya dynasty to perish, moved towards the forest, where she disappeared. The Koyas searched for their queen, but all they could find were a red ochre box containing vermillion, her bangles, and the pug marks of a tigress. Incidentally, this was at the same place where she had been found as an infant, decades ago. The Kakatiya dynasty came to an end within the next few decades. The tributary along which the war was fought came to be known as Jampanna Vagu.

As we reached Medaram, we could see devotees carrying vermillion, jaggery and sacrificial animals as offerings to the goddesses. They are intoning songs that praised the bravery of Sammakka and Sarakka, whom they believe have the power to induce courage into their souls. They are dancing eccentrically as if they were possessed by the goddesses.  Before making any offerings, it is compulsory for devotees to take a dip in Jampanna Vagu, so as to wash away their sins.

The fields around the Medaram temple spread across several acres and the surrounding villages are filled with temporary shelters meant for devotees. Both sides of the roads, which cut through the fields, are flanked by shops selling agricultural equipment, food, grocery and even cheap liquor. There are also a few adivasis selling stones that can be used to ‘cast spells’ and artefacts including bear paws!

This festival has no Vedic or Brahmanic influence. On the first day of Sammakka Sarakka Jatara, tribal priests bring out the casket of vermillion, which is supposedly Sarakka’s, from the forests, amidst the frenzied beating of drums, blowing of trumpets and chanting. Deities of other Koya warriors are also brought out the same day. On the second day, priests bring out the main deity, Sammaka, from Chilakkalagutta. Devotees offer jaggery equal to their weight, to the deity. Money, saris, bangles, gold or coconuts are also offered at the temple’s altar. They also sacrifice fowls and goats to the goddess. On the third and final day, priests return the deities to their respective abodes within the forest.

Air A helicopter service from the helipad at Laknavaram Lake (80km by road from Warangal) to Medaram village has been launched by Hyderabad-based Indwell Aviation Pvt Ltd. The service is available through Telengana Tourism

Rail A slew of special Medaram Jatara bound trains leave from Secundrabad Railway Station to Kazipet/Warangal. From here, one can catch a Jatara-bound TSRTC bus

Road Special buses are arranged by TSRTC from Warangal as well as Hyderabad to Medaram village. Medaram Bus Stand has region-specific queues for the bus service, to regulate traffic 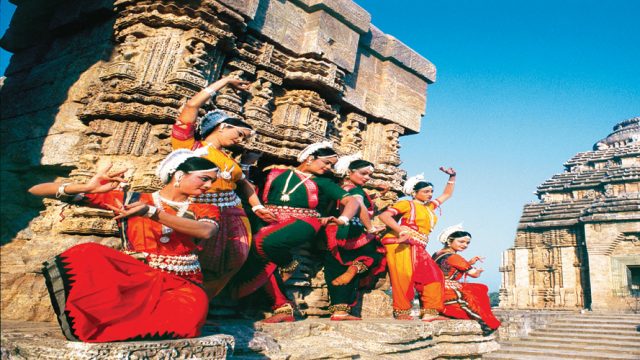 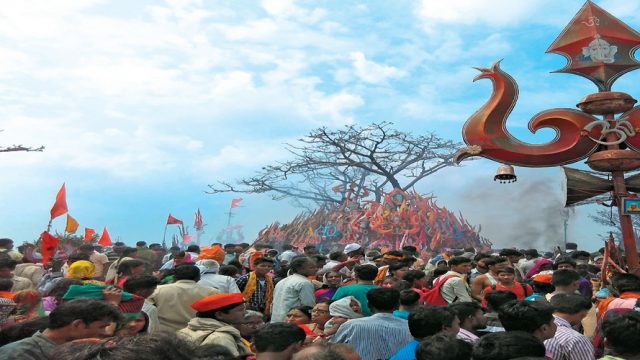 Pachmarhi celebrates Shivaratri in a unique way, and there’s much else to see 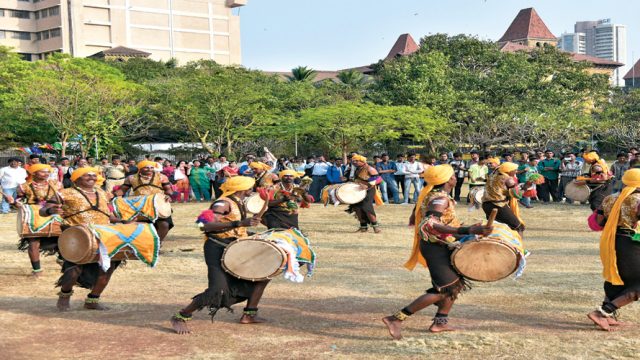