That singular carnival we

know as the Pushkar Mela can actually best be understood as a conglomeration of two or even three fairs. There’s the religious fair, spanning the last five days of the Kartik month from Ekadashi (11th day of the waxing phase of the moon) to Purnima (full moon night), in November. The cattle fair of international fame starts taking shape about a week before Ekadashi. Once any animal arrives at the Pushkar Fair, there is a traditional taboo on it leaving before Ekadashi. The cattle fair wanes as the moon grows; and the rising full moon of Purnima signals the closure of the mela. The rural trade and entertainment fair is a week-long, sometimes charming, often garish extravaganza.

The Pushkar Mela, held in the grounds and dunes to the northwest of the town, teems with camels and horses, and involves several ‘events’ organised by the local administration – races, games and fireworks. The nearby exhibition ground is the site for shops, giant wheels, a circus and eateries. The religious business remains centred in Pushkar proper, that is, the ghats and the temples. There are very few temples dedicated to Brahma, and Pushkar is the most prominent amongst them.

Things To See And Do

For a devotee, it is essential to take a dip in the sarovar (lake) and visit the Brahma Temple. The offerings and their prices do not change during the fair.

On Kartik Purnima, people start taking a holy dip right after the clock strikes midnight. The rush will surprise you unless you have been part of a Kumbh (see p36). The crowd often takes on a life of its own, leaving you little choice in selecting your path. Do not plan to do too much. At the lake, people get divided between the various ghats, but everybody makes sure to visit the Brahma Temple. As you approach the temple, the crowd can be crushing, especially till about noon. To manage the rush, the temple is opened an hour or more earlier than usual.

After you exit the Brahma Temple, the crowd will steer you north and then west, towards the exhibition ground. This lane is lined with makeshift shops and the air reverberates with sounds of the mela. 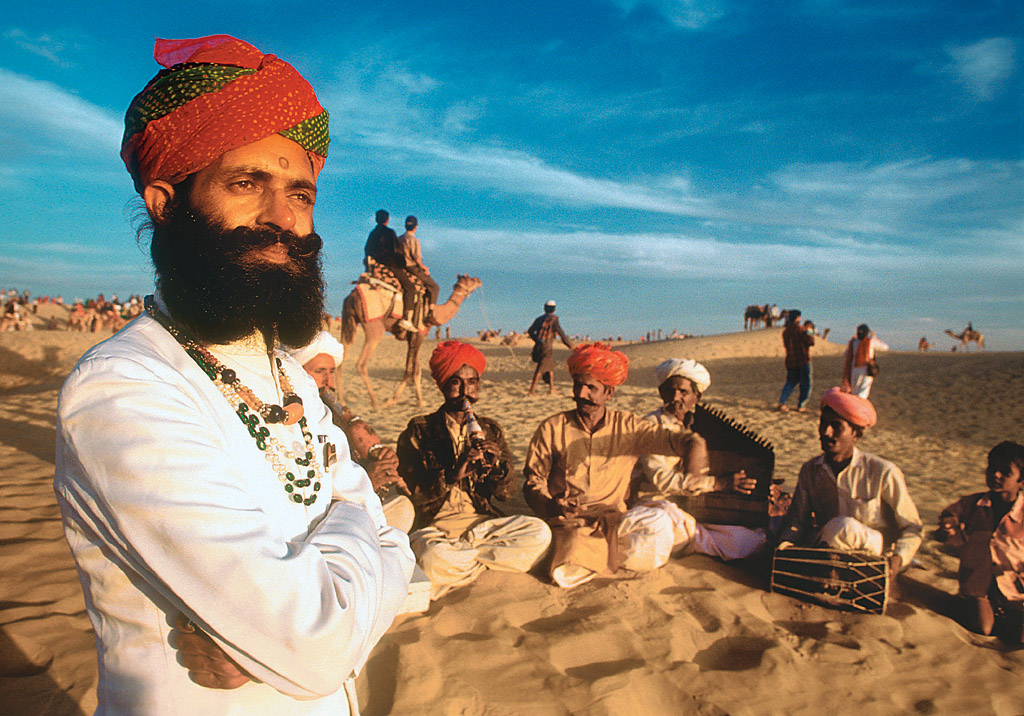 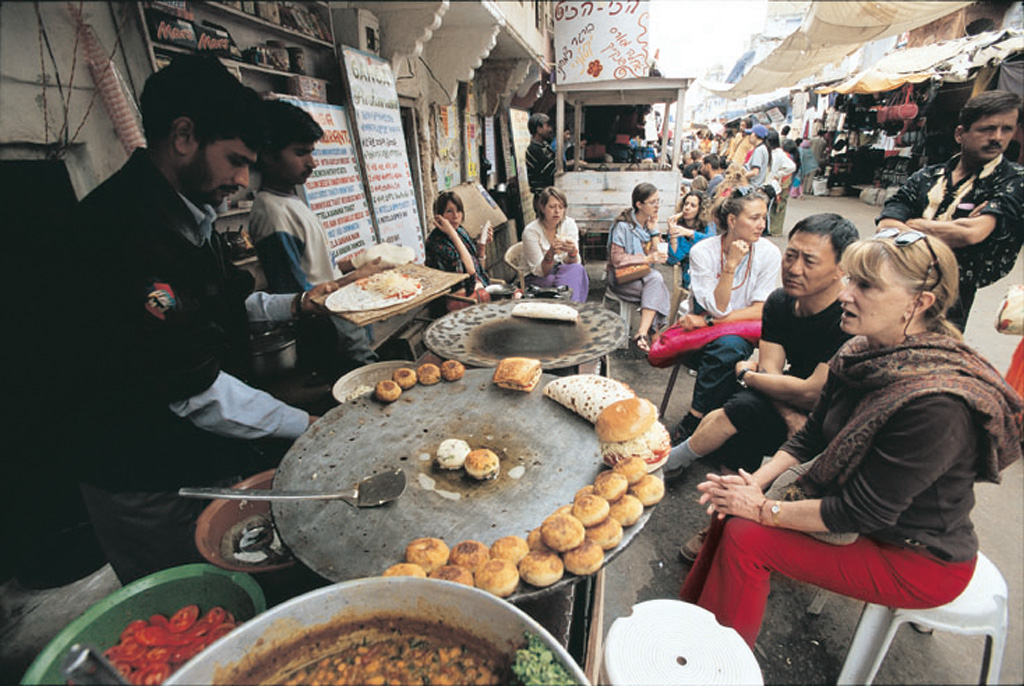 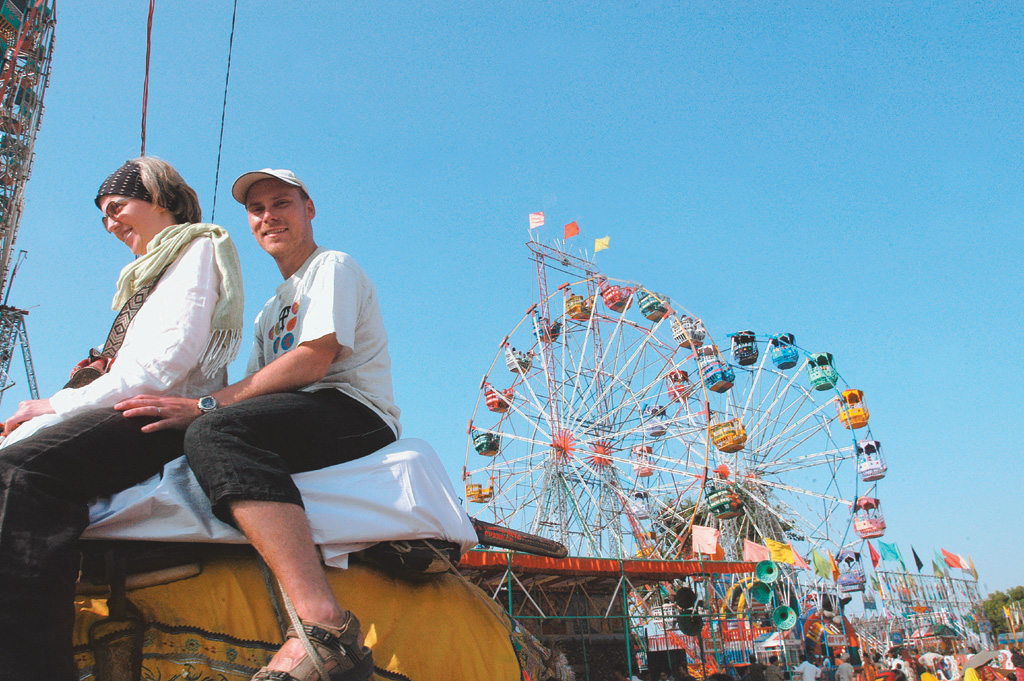 A conglomeration of attractions lures crowds to the mela every year 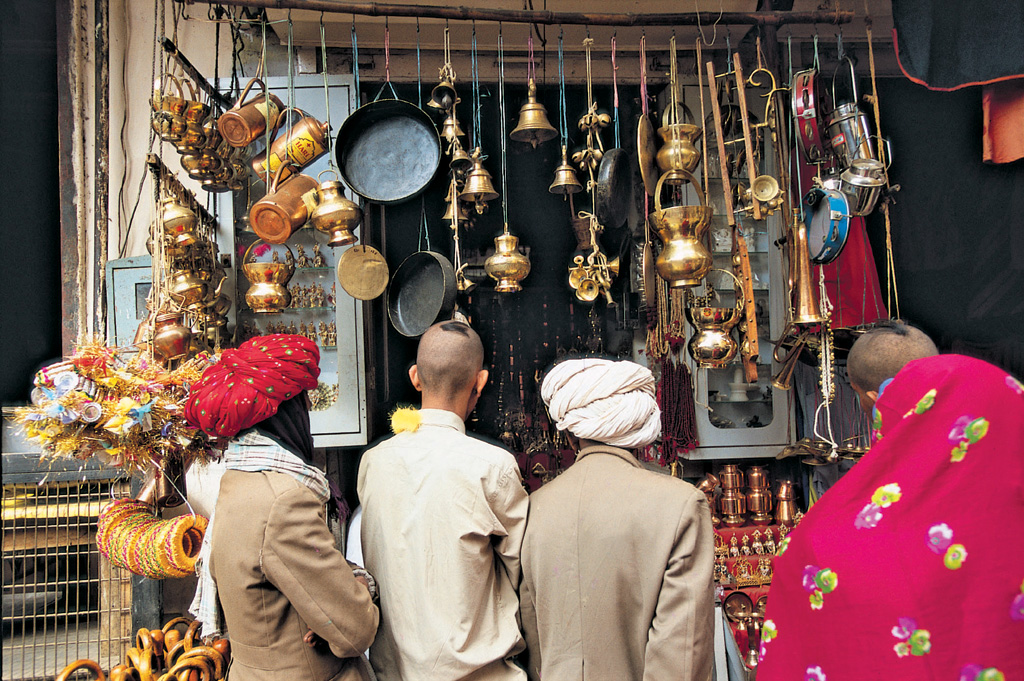 As you leave the town, the blaring music from the circus hits you, as does the scene of young boys dancing in drag. The place teems with dhabas offering spicy food.

Past this village fair, you climb the sands of the modest dunes and you are in the midst of the cattle fair – horses just behind the circus, camels further ahead and cows beyond them. There are the mendicant musicians – men and boys playing the ravanhatta, woman and girls doing a dance. Most of them, across the gender divide, sing – many in mellifluous voices that one could travel miles to listen to. The camels are undisputedly the stars of the show. There are camels of all sorts – old and young, female and male, very shabby-looking and enormously bedecked. You have the choice between riding on camel back or in a camel cart. This is a very basic wooden cart padded with a mattress and bolster and can accommodate five people; the charges are ₹350–500 per hour. A camelback ride (₹250–350 per hour) is recommended only for those who are healthy in body and spirit – it’s one of the most unsettling modes of transport.

Of course, there are camels to be bought for ₹30,000 onwards, only you will have to ride back on them. At a more doable level, you can get ornate swords, carved bamboo walking sticks and staffs, Rajasthani jootis and the musical instrument known as ravanhatta.

Do not expect much from the restaurants in Pushkar during the fair as the quality seems to suffer appreciably in trying to cope with the increase in quantity. This is true also of the aloo puri, samosas, kachoris and sweets from the Halwai-ki-Gali near Gau Ghat. Many of the upper-end hotels shift to buffet meals on an American Plan (room rates inclusive of meals). There are many cafés that offer European and Middle-Eastern cuisines and are popular with backpackers – Moondance Café, Funky Monkey Café and Honey and Spice. Pushkar Palace offers a buffet – the views here are better than the food.

Road There are plenty of autos and taxis that go to Pushkar from Ajmer. Be prepared to negotiate fares, especially during the mela Bus Pushkar has regular services from Ajmer, which is served by several buses from Jaipur’s Sindhi Camp Bus Terminal. During the mela, the buses can get uncomfortably crowded 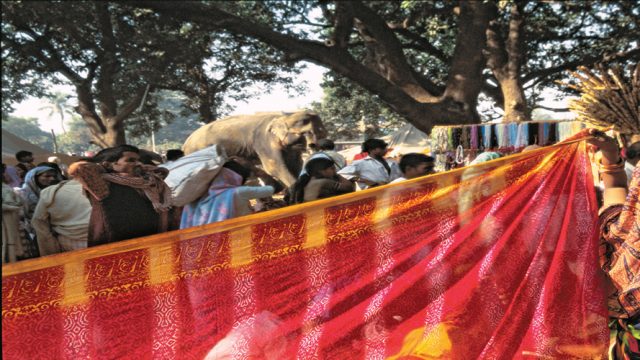 The largest cattle fair in Asia is a sight to behold 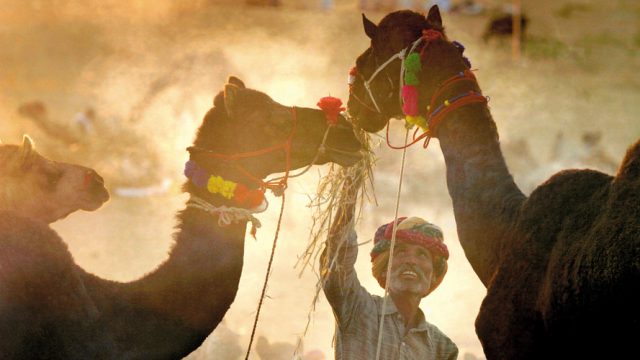 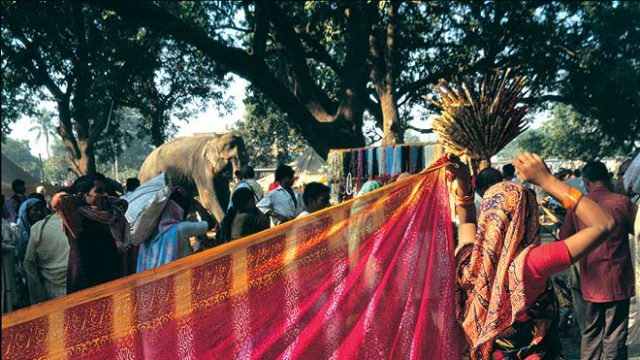 Orange saris, red sindoor, the saffron sadhus and riotously colourful bangles turn the Sonepur Mela in Bihar– held since the times of Emperor Aurangzeb– into a gigantic kaleidoscope