Founded in 745 CE by Vanraj Chavda, a king of the Chavda Kingdom, Patan was originally

known as Anhilpur Patan. Built near the ruins of Anhilpur, the modern city was part of the princely state of Baroda till 1947. After Independence it came under the state of Bombay, before ending up with Gujarat in 1960. Traces of Anhilpur can still be found on the outskirts of Patan.

The city still has a number of stepwells, temples, tanks and darwajas (gates) in various stages of ruin. While in Patan, do pick up a couple of Patola saris, a speciality of Patan and visit a weaving centre to see one being made.

Rani Udayamati commissioned this vav or stepwell, in 1063 in memory of her husband King Bhimdev I of the Solanki dynasty. The vav was later flooded by the nearby Saraswati river and silted over until the late 1980s, when it was excavated by the Archeological Survey of India, with the carvings found in pristine condition. Rani Ki Vav is amongst the finest stepwells in India, and one of the most famous legacies of the ancient capital city.

The vavs of Gujarat are not merely sites for collecting water and socialising, but also hold great spiritual significance. Rani Ki Vav even appears to be a subterranean temple. The steps begin at ground level, leading you down through the cool air past several pillared pavilions to reach the deep well below. There are more than 800 elaborate sculptures spread across seven galleries. The central theme is the Dasavataras, or the ten incarnations of Vishnu, including Buddha. The avatars are accompanied by sadhus, brahmins, and apsaras, attending to their toilette. At water level you come to a carving of Sheshashayi-Vishnu, in which Vishnu reclines on the thousand-hooded serpent Shesha, where it is believed that he rests in the infinity between ages.

Not to be outdone, Siddhraj Jaysinh built the reservoir Sahasralinga Talav, meaning lake of a thousand lingas, just north of Rani Ki Vav in 1084, over a lake originally known as Durlabh Sarovar, built by the King of Durlabhray. During his rule he had many artificial tanks built in different parts of Gujarat, but this one surpasses all the others, technologically, artistically and spiritually. Its architecture represents the union of careful water management with the sanctity of water. Excavated in 1942–43, only 20 per cent of the 7-hectare spread of ruins has been unearthed. Although the structure was all but destroyed three times in attacks, its splendor is still evident. There is a finely carved three-ringed sluice gate, which channeled water from the Saraswati river into the reservoir. The reservoir contains elaborate sculptures of deities and impressive columns that once supported a ceiling. On the banks are the remains of a Shiva temple with a colonnade of 48 pillars, and many small temples, each with a small linga on a yoni, symbolising the creative spirit and fertility of Shiva and Parvati.

Buddhist monks found and used this cave, known locally as Jogida ni Gufa, thousands of years ago. The air here is incredibly cool. Various stone sculptures in the cave resemble the Bodhi Vriksha or Kalpavruksha and other Buddhist patterns. Look out for the beautiful Buddhist sculptures on the mountain en route to the cave.

The stone façade of the Panchasara Jain Temple

The fact that Patan was a great centre of Jainism during the Solanki era is evident from the many Jain temples in the city. One of the largest such temples is Panchasara Parshvanath Jain Derasar. This temple’s white marble floors and plethora of intricate carvings are trademarks of Jain architecture. Another interesting temple worth visiting is Kapur Mahetano Pado. The temple’s stone façade houses a wooden interior. There was a time when all Jain temples were made of exquisitely carved wood until, it is believed, Uda Mehta, a master builder, saw a mouse carrying a burning candle in its mouth and realised that one accident could destroy years of work. From that time all Jain temples have been built from stone.

The beautiful silk saris that are unique to Patan are known as Patola. According to one legend King Kumarpal, who ruled in the 12th century, commissioned Patola robes from the kingdom of Jaina (present day south Maharastra) for use in the daily puja. When he realised the king of Jaina was sending him used clothes, he attacked Jaina to teach its king a lesson. King Kumarpal brought back 700 Patola weaver families to Patan after his victory. Today, only one of those families, the Salvis, continue the craft.

A weaver at a workshop, creating a Patola saree on a wooden loom

The double ikkat style used to create Patola saris is one of the most difficult forms of weaving in the world. The warp and weft threads are carefully dyed before weaving, according to a pre-designed pattern. The weaver then aligns the threads on the loom, which naturally creates a unique combination of geometric delineation with soft hazy outlines. It takes four to six months to make one sari – the colouring of the threads takes about 70 days, while the weaving takes about 25 days.

The precision and high levels of skill required of Patola artists gives them enough reason to put a high price on their work, and to zealously guard their trade secrets.

Although not as famous as Patola nor unique to Patan, Mashru weaving is definitely worth observing. Silk and cotton threads are used to create fabrics with brilliant colours, in a satin weave, where the outer side is silk while the side that touches the wearer’s skin is cotton. At one point in history the fabric was exported to Turkey and the Middle East but a decline in the export market witnessed Mashru being replaced by cheaper Rayon. Once prevalent across India, today it is woven in only a few places. However, there is a revival project in Tankwada ni Pol, where a group of Mashru weavers are returning to traditional designs and quality.

When to go October to March Location In northern Gujarat, bounded by the Little Rann of Kutch in the west Air Nearest airport: Ahmedabad Rail Nearest rail: Ahmedabad 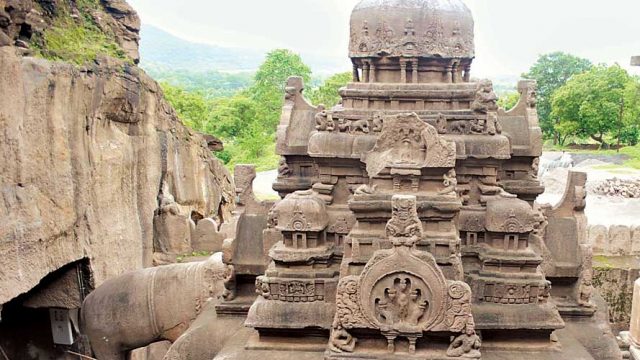 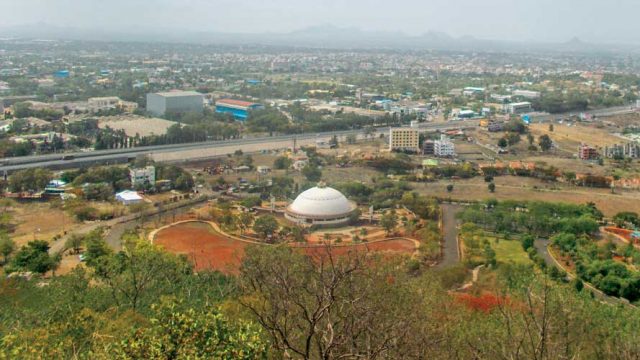 Nashik: Something for Everyone 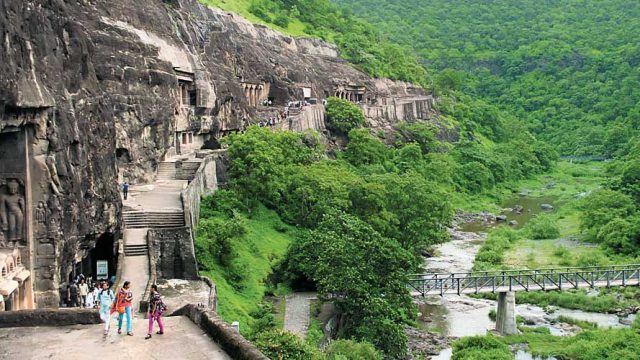 Ajanta & Ellora: The Silence of Centuries