turn a shade brighter during this time of the year. The manicured tea gardens are geared up to produce their first flush of the year. Spring and Assam share a special connection, the one they call Bohag Bihu.

It is believed that the term ‘Bihu’ originated from the language of the Dimasas, one of Assam’s many tribal communities. The words ‘bi’ (meaning: to ask) and ‘shu’ (meaning: peace and prosperity in the world) make for ‘Bihu’, which roughly translates to a celebration meant for the entire state. The Dimasas consider Brai Shibrai as their supreme god and traditionally offer him the first crop of the season, which is sown during this period.

An interesting aspect of this festival is its detachment from religious and caste boundaries. People across the state celebrate Bohag Bihu irrespective of their social status. For most Assamese people, this festive season is the perfect excuse to take a break from their monotonous daily schedule and reconnect with family and friends.

Associated with the agrarian cycle of the state, Bihu is celebrated thrice a year – Bohag or Rongali Bihu in April, Magh or Bhogali Bihu in January and Kati or Kongali Bihu in October/ November. Bohag or Rongali Bihu marks the beginning of the Assamese new year. A general air of enthusiasm propels the farmer to start a new agricultiral cycle as he prays for peace and prosperity throughout the year. This particular Bihu more or less coincides with Baisakhi, Gudi Padwa and Ugadi – festivals celebrated in several other parts of the country to welcome the new year.

‘Rongali’ comes from the word ‘rong’ or colour and signifies the joy and happiness that this festival brings with it. This joy is best expressed in the form of the famous Bihu dance, songs and the general air of merriment that accompany it.

Bohag welcomes spring with a host of myths and legends. One of the most popular and fascinating of these is the legend of Bordoisila. Bordoisila is believed to be the daughter of Assam (the land) and is married to a groom from a distant land. She visits her maternal home once a year during spring. Legend has it that she is in such a hurry to meet her mother that she destroys anything in her path. It is a beautiful reference to the wild wind that eventually brings in the moonsoon. Though different parts of the state have slightly varied versions of this tale, Bordoisila is believed to bring with her Bohag, the spring season for the commencement of a carnival.

Celebrated for almost seven days, this festival especially delights one’s taste buds with Assamese food preparations. Pitha (rice cakes), laadu (sweets made of rice and coconut) and the traditional jolpan (breakfast spread) form an integral part of the festival. Every household follows the ritual of serving jolpan to begin the day’s festivities. Bora saul (glutinous rice) along with curd and jaggery teamed with pitha, laadu and tea form a part of this elaborate breakfast.

Though the revelries carry on for almost a month, the first day of the festival is devoted to the cattle of the state and goes by the name of Goru (meaning cow) Bihu. This day involves a special ritual of bathing and feeding the cattle. In an agrarian society like Assam, the additional support given by cattle in the farmlands is significant.

The rituals for the day begin early in the morning. Cows in the household are given a bath and a paste made of turmeric and other such ingredients is applied on them while singing traditional Bihu geet relating to health, growth and productivity of livestock.

A smorgasbord of Assamese delicacies served the traditional way

The second day of the festival is when the entire community wears new clothes to celebrate the new year and seek blessings from their elders. The day begins with jolpan and elders gifting gamucha (traditional cotton towel) to the younger memebers of the family.

The third day of this festive season is called Husori. Although the fetivities on this day are not observed in urban conglomerations anymore, they can still be witnessed in rural Assam. Groups of men form a band and go around the village performing folk songs while seeking blessings from the elders. The elders, in return, offer them betel leaf and areca nut as token of appreciation.

It is believed that Husori is infact an evolved art form. Spring brought with it a spell of harvest and the blooming kapou flower added to the beauty of this picturesque setting. The young members of the village composed short and concise Bihu songs and added crisp hand movements giving birth to what we today call the Bihu dance. People performed this dance to show their gaiety and zeal. Eventually, they started taking these songs to the streets or crossroads of the villages. Gradually, Bihu geet became part of public performances, which also meant that objectionable words and phrases were removed to suit the audience. Thus, Bihu, the song and dance, became popular and the art form came to be known as ‘Husori’.

Festivities carry on for almost a week to one month in the villages. These days stage performances are organised to entertain people with popular music and Bihu geet. This is referred to as Bohagi Bidaai that literally translates to bidding farewell to spring.

Guwahati’s cosmopolitan nature also reflects in the city’s restaurants that serve a variety of cuisines. Try the Assamese food served at Paradise Hotel or Khorikaa Restaurant, both local favourites. Naga Meez and Naga Kitchen are popular restaurants as well. Those in the mood for Chinese food must look no further than these three – China-town, Chung Fa and Confucius. For north Indian food, you can go to The Dhaba. For desserts, head to Loyan’s and Patisserie Opera, both of which are amongst the well-known bakeries in town.

Rail Guwahati Junction, the major railway station of Guwahati, and the Kamakhya Junction are well-connected. Taxis and auto-rickshaws are available outside the station

Road NH31 connects the city to the rest of the country while NH37 connects Guwahati with almost all major cities of the state Bus ASTC operates buses to various cities in the state. From Paltan Bazaar Bus Stand (Cell: 09957563033) there are connections to many desti-nations in the Northeast 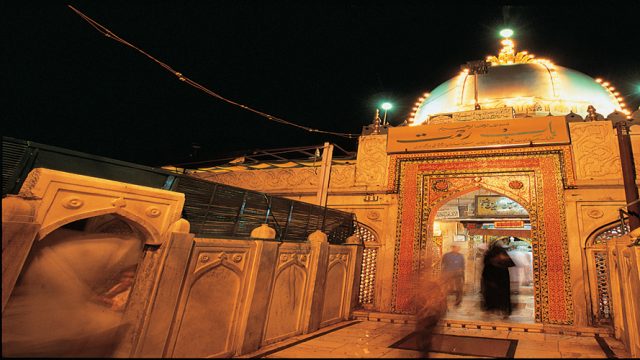