Nobody has taught Chanda economy of

movement. She moves from leg to plump leg in an ecstasy of uncoordination. She sways side to side while her head bobs up and down. Her trunk tries to scratch her legs only to find the legs have moved elsewhere. In this functional world she is an autonomous, unergonomic universe – with painted ears.

“Jhoolan haathi hai,” explains her owner, basking in the glory of possession and trying to look oblivious to the crowd of star-struck gazers that has collected around his precious two-year-old. “She’s a swinging elephant; only stops moving when she sleeps.”

Held since the time of Aurangzeb, the Sonepur Mela – fittingly for one that is described in all guide books as the largest cattle fair in Asia – is a gigantic kaleidoscope of colours and noises. Every year in November, on the occasion of Kartik Purnima, faith and commerce keep their annual appointment at this over-grown village at the confluence of the Gandak and Ganga rivers, an hour away from Patna. “Immense crowds assemble, the number of which it is impossible to estimate… the roads are thronged for days,” said an awestruck gazetteer in the early 20th century, and the description holds good today.

And in the devout crowds’ wake come they who are the life of this event – the mendicants, the vendors of shiny objects, the purveyors of food and the sellers of religious paraphernalia. Here hangs a calendar with Aishwarya on it, there lies a copy of Satya Narayan Katha cheek by jowl with a Murda Jaag Utha! There’s the sadhu who has buried himself head down in the sand, with an eloquent plate holding a few coins next to him. There’s a fortune-telling parrot and a fortune-changing stone. But most of all, there are the animals. Elephants, horses, bulls, oxen, goats, dogs, birds, and this year, a sad and solitary camel. Over centuries, the mela has primarily been famous for its elephant trade in which an ensemble cast of forest departments, timber loggers, temples (especially in south India), circus owners, traders and just individuals who want “an elephant tied at the door” for prestige, have been the main buyers. It’s the elephants who have always been the focus of Sonepur’s attractions and that is why Chanda is here.

Even in the heart of colourful India, Sonepur at fiesta time can claim to be the most vibrant of places – the saris are orange, the sindoor is red, the roli threads yellow, the sadhus saffron, the bangles a riot, and the tents indescribable. Glowing in the winter sun, they are the first thing you see in Sonepur, those tents, as you end a journey that mostly spans the 6-km-long Mahatma Gandhi Bridge over Patna, over the Ganga, and over never-ending banana plantations. Sonepur generously gives itself over to anyone who wishes to set up camp, dig tents, install ad hoc cane stalls or, as in the case of our sadhu, bury himself in the ground.

“They come from all over the world,” a proud local tells me, “from Chhapra, Siwan, Hajipur, Arwal.” But they also come from Bengal, Uttar Pradesh and Madhya Pradesh, not forgetting the TV crew from National Geographic and the French tourists with their impressive cameras.

Throughout the mela, there is a purposeful but relaxed swirl and eddy as people make their way to and from the river ghats: there are bodies to be bathed, traditions to be observed and gods to be propitiated. Near the ghats, satsang camps, ashram outlets and even a gurudwara from Patna take the shortest route to men’s hearts – through their stomachs – with bhandaras and langars of community food, and through their ears, using loudspeakers. Strolling from, say, Maheshwar Chowk to Kalighat, I am seduced, admonished, beseeched, sought, preached at and advised thus: “Ek din Sita ne kaha…,” “Aisa surma nahin milega…,” “Socho! Saath kya jayega?”, “Arre, teen rupaiyya kahan se ho gaya?” and so on. The World’s Greatest Magician, OP Sharma, is here, as is the World-Famous Shobha Samrat Theatre. Their blandishments are irresistible.

The cut-out of OP Sharma dominates the chowk with the most satisfying of moustaches and turbans. A Caucasian blonde in a bikini advertises the theatre with an enchantingly cryptic but unambiguous message: “Ram teri Ganga maili ho gayi.” There is talk of the dances turning, as the evening deepens, into local striptease shows and I am advised to stay far away. But I move on, away from an entire village-turned-fairground, to that distant point beyond the dust, the bales of hay and the men combing their hair, where all the world’s energies converge on the point called Chanda. 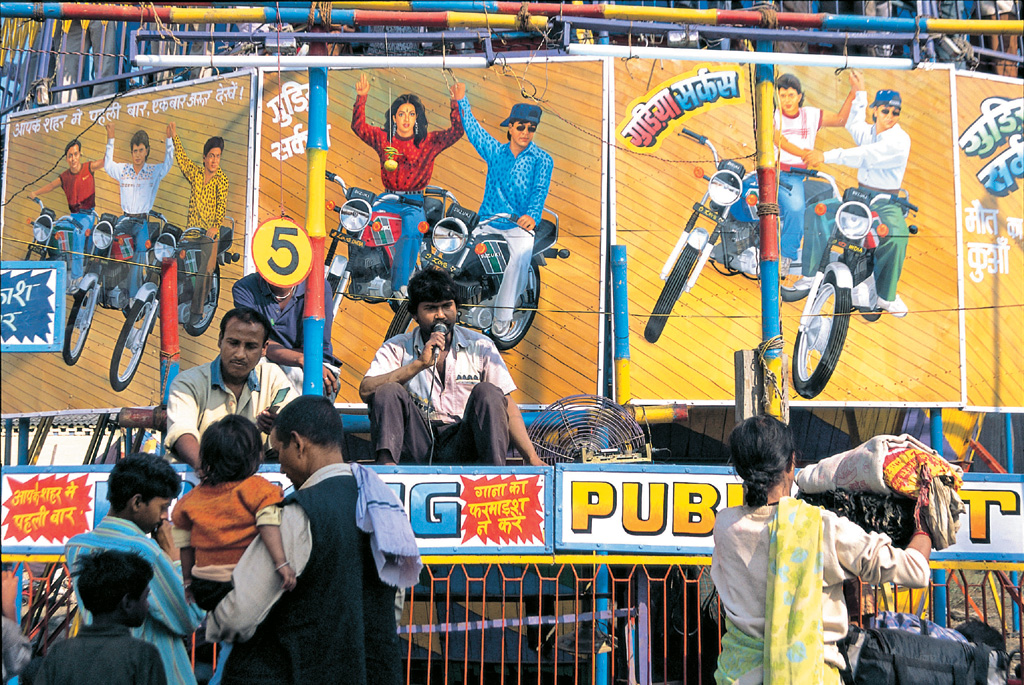 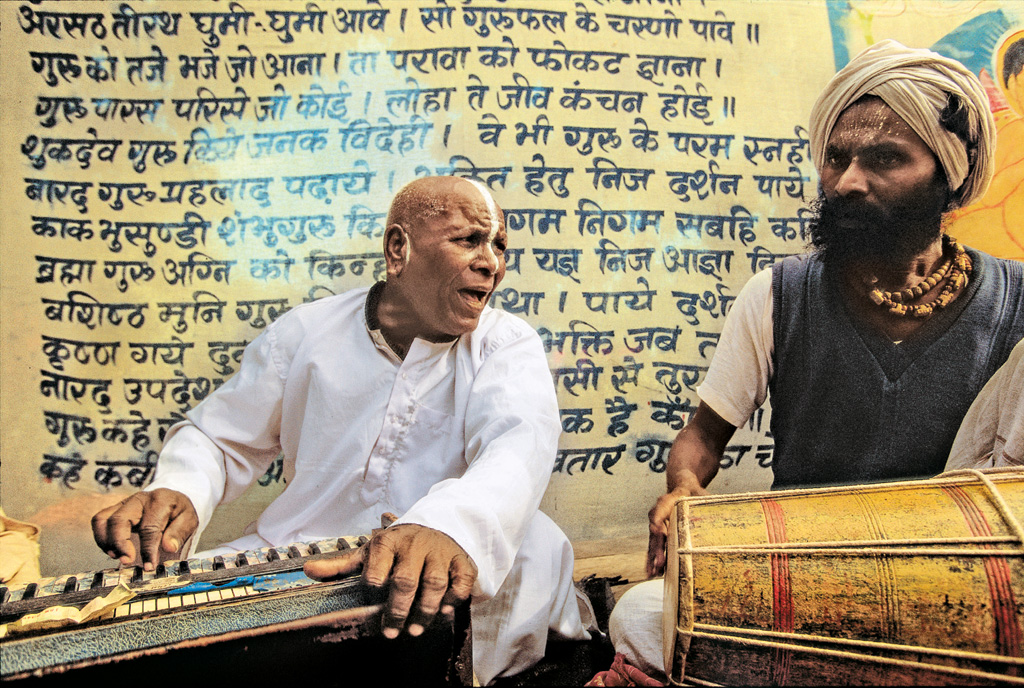 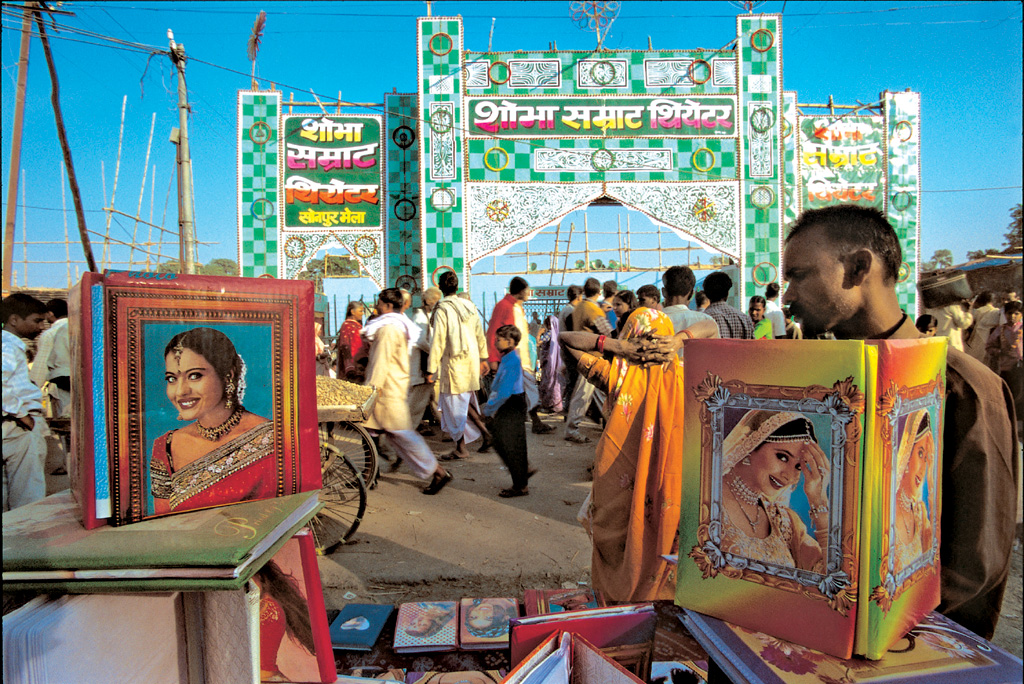 Chanda’s owner has brought her to the fair not to sell, but to get a microchip implanted in her and get a certificate of ownership from the Forest Department. Singh Saheb is represented mainly by a pair of luxuriant moustaches. This is true of almost all the elephant-owners and horse-owners, and very fitting it is too since the ownership is a resoundingly male phenomenon. Many of their tents have banners proclaiming a proud line of patriarchy: “XYZ Singh, son of so-and-so Singh, grandson of such-and-such Singh, village this, district that…”

These are the big landowners, their vans and Scorpios often parked behind their tent, able to afford the 1,500-plus-rupees per day that the prestige of “keeping an elephant tied at the door” demands. They sit in the sun on their reclining chairs, next to their pet, often hidden behind a newspaper, trying hard to project a studied indifference to the admiration of passersby. Sometimes the moustaches peek from behind the paper. “A chair?” offer the moustaches. “Some tea?” But however friendly I become with her owner, Chanda couldn’t care less. She nimbly steps out of my camera frame with a flick of the wand that is her tail. She tosses her head away in magnificent haughtiness as I offer a besotted hand. She fairly breaks my heart.

It is always possible that Singh Saheb is being economical with the truth about not selling Chanda. Given the concern over the decreasing numbers of the Asiatic elephant, the use of elephants for timber logging and commercial purposes has been banned for years and the animal’s sale is forbidden. And yet, there is a curiously large number of them gathered here. Is it for the health camp for animals, especially elephants, that’s being run here? Far more likely, it’s for business as unusual. Selling your elephant may be banned but no one can stop you from gifting or donating it, so the mela now sees a lot of elephantine ‘gifts’ worth several lakhs. It’s a favourite topic; stop to chat with some mahout or stall owner, and they are full of how an elephant was sold that very morning, and for how much.

Horse Bazaar at the mela

The elephants, meanwhile, look on at the buzz they have generated with an air of one who has literally risen above it all. Patient, thoughtful and a bit sad-eyed, they are amazingly photogenic in the dawn and dusk. Watching them bathe is pure pleasure. Thus may a god relax, unburdened of his standing and watching, of his monumental existence and the weight on his shoulders, feeling buoyant, happy and light in the water. But they are equally god-like and patient to the calls of the world when prodded by their mahouts to get out of the river and climb up its steep mud banks, back to being painted, fed, stared at and exclaimed over.

The horses, in a separate field, are pure kinetic energy. Theirs is a more exciting arena, constituted of tautness and muscle and something that is always ready to burst into a run. In fact, at any time of the day I can see a couple of horses being taken through their paces for the benefit of potential buyers. They range from prized stock that would run races, valued at lakhs, to smaller beasts of burden, who would end up pulling a cart or tumtum. I see them emerge through the dust their own hooves have kicked up and often their necklace, or even an anklet, flashes by in the winter sun.

If the Ghoda (horse) Bazaar is exciting, the Chidiya (bird) and Kutta (dog) Bazaar is positively hysterical. Not only because birds and dogs can be quite, umm, articulate at the best of times but also because, for some reason, the sellers of the birds and dogs are the same. A cage of petite red munias, setting the dusk-time sun on fire, would have had much to say for themselves in any case, but with four snowy Pomeranians haranguing them they sound like an unrehearsed and not very talented Greek chorus.

On Purnima day, when all transportation is banned in Sonepur, the simple event of a person returning from Sonepur to Patna becomes an epic saga of a woman and a suitcase negotiating the Gandak on a row-boat, disembarking on the ghat opposite, taking cycle rickshaws to the local station, taking a six-seater to Patna station.

Back in Delhi, memories of a rising sun – that bathes people before they have taken a dip, invests colours in yawning lazy streets, and momentarily turns pink the monochrome of the elephants – permeate all my days. Swing on, Chanda. The world has need of your singular grace. The tubelights in Singh Saheb’s house are going out and it’s about to be night. Tuck into your last banana and try out a new step in your inimitable dance. It’ll soon be time to sleep.

Taking in all that the Sonepur Mela offers may not leave you with much energy to spare, but if miraculously it does, you can visit the Hariharnath Temple, which locals will tell you is ancient (“Ram built it”), but was actually constructed by the Birlas. Hariharnath is an old and famous deity. Kali Sthan and Panch Devata Mandir are also locally popular.

Sonepur is little more than a village and has no hotels to stay in. Bihar Tourism puts up a Tourist Village or Paryatak Gram (Patna Tel: 0612-2225411, 2506219, Cell: 09708066612; Tariff: ₹4,500 in 2015) in Sonepur during the mela. Normally 20 cottage tents are set up – temporary double-occupancy structures with an attached bath and geyser. They set up a temporary restaurant for guests and there’s a common lobby which serves as a lounge-and-TV area.

Staying in Patna is perhaps your best option – the better-quality hotels in the city will give you a respite from Sonepur’s dust and chaos. Hotel Maurya (Tel: 3051111, 2203040, Cell: 09204780261; Tariff: ₹14,000–34,000) is Patna’s best hotel and will arrange your visits with enthusiasm. There are many budget hotels and lodges around the station, especially on New Market Station Road.

Tip Be prepared for human and animal crowds and dust. Be careful of your money. You may want to take packed food along; the street food here is very basic

Rail Though the nearest railway station is Hajipur (10km), the most convenient is Patna station since Patna has the hotel and taxi infrastructure to bring you to the mela everyday

Road It is recommend to take a taxi or autorickshaw for the entire duration of your visit. Be prepared for traffic jams on the Gandhi Setu. Fares are arbitrary during the mela, so negotiate in advance Tip You can also take a boat from Patna to Sonepur 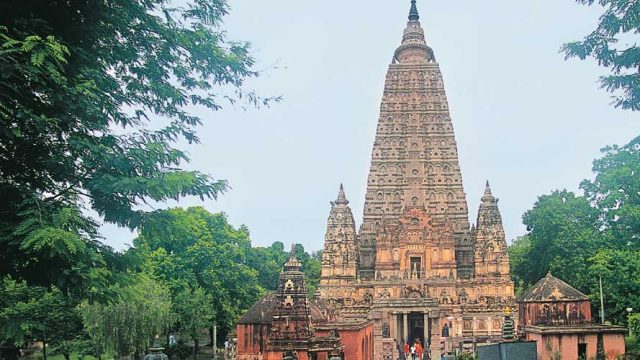 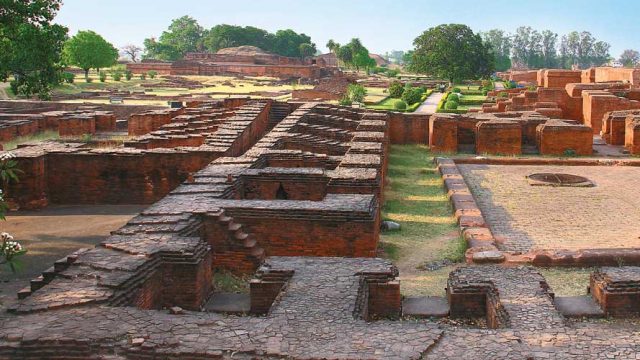