Home » Hotels » Being Responsible In Goa: Take A Peek Into Portugal

a 200-year-old Portuguese manor, now named as Arco Iris. Tiring of the corporate rat race in Bengaluru, Bennita decided to return to South Goa where she grew up and buy an old home. If you’ve visited this part of India’s favourite holiday state, then you would have seen a number of mansions, most in various stages of decay. The families have either moved abroad or to other parts of India. A few are still inhabited by the descendants of the original owners. If you think buying a house that’s been unlived in for ages might be an easy task – think again! It took Bennita a couple of years, a narrow escape from a double-crossing real estate agent and plenty of trips from Bengaluru to finally find what she was looking for in the village of Curtorim. Luckily, for her, the house had just one owner, an old lady, who was happy to sell the property to Bennita.

The striking yellow façade of the manor

A vision in yellow, Arco Iris is set in a rambling 1.5 acre property with emerald green lawns, fruit trees and flowering bushes. But what you see today as you set foot on the property wasn’t so appealing when Bennita chanced upon it 10 years ago. Having been abandoned for over 40 years, it was in dire need of restoration. Ask Bennita about the bats they encountered when they first tried entering the premises! There were no bathrooms within the house, plumbing was non-existent and the concept of electricity seemed to have bypassed the manor. With next to no experience with anything related to housing – be it interior décor to architecture – it seemed like an uphill task, but one which Bennita and her husband took on with full gusto and a positive approach. To cut a long story short – after a disastrous association with a local contractor, who’d initially promised to restore the manor in a year’s time and then left them high and dry with even more work than when they found it; and them realising they’d need to be more hands-on, consult with professionals experienced in restoration and hunt for furniture that would complement the interiors – Arco Iris was finally ready to be lived in. Initially intended to be a family holiday home, the Ganeshs soon realised the manor had much to offer, especially with all the work they’d done on it and visiting every now and then would be a complete waste. So they moved to Goa and opened up their home as a boutique homestay.

Bedrooms at Arco Iris have been decorated in eye-catching colours

Today the red-roofed manor has five spacious rooms with ensuite bathrooms. Each has a specific colour theme – Indigo, Orange, Violet, Yellow and Blue. Does that remind you of anything? Yes, it’s the colours of the rainbow. The name Arco Iris means “rainbow city” in Portuguese. I couldn’t decide which one was the prettiest. Each of these rooms has something to offer – the indigo room, situated on the first floor, is the perfect point from which to spot birds while the yellow room has lovely views of the lake and beautifully maintained grounds.

Later, Trusha, Bennita’s elder daughter, took me on a tour of her home. As you approach the front door, you’ll spot a large floor mosaic just before the threshold. The solid wooden front door is actually the original. It was of such superior quality wood that all it required was some spit and polish and it looked as good as new. Upon entering the foyer you’ll notice the altar, which is only other original piece preserved from the old house. The dining room, which can accommodate eight people at the table, is airy and filled with light thanks to doors that open out onto the portico. A high ceiling is one of the key features of this particular room. A TV, a well-stacked bookcase and several photos on the walls add a homely and comfortable touch to the living room. If you want to soak up some sun, then head to the courtyard at the back of the house. Breakfast is served here at times. Bennita and her family, including their Labrador retriever Fenny, live in a cottage a stone’s throw from the main house, well within the property. Fenny is usually around to greet guests with a wagging tail and a bump from his wet snout. The warm and cordial staff is from Curtorim, adding a local flavor to life at Arco Iris.

You may be tempted to simply lie in the hammock under the trees or walk around the lush premises during your stay, but that would be a waste. Goa is a tourist hotspot, but this part of the state (South Goa) still retains its quiet charm. You can enjoy the sites without the hustle and bustle that mars its northern counterpart. A mere 4kms away, in the village of Chandor, is the splendid Braganza Mansion, which has the distinction of being the oldest Portuguese house in Goa. The 450-year-old heritage building was constructed in three parts and the descendants of the original owners still live at the mansion. A section of it is open to visitors till 5.00pm. Here, I met Mrs Pereira, the 14th generation member of the family, who gave me a tour of some of the rooms. In case you don’t fancy the idea of walking all the way from Arco Iris to Chandor, there is the option of hiring a scooty. I was more than happy to jump on one and zip around exploring sleepy villages and towns.

I also stopped at Margao, the headquarters of South Goa district. Bennita had recommended visiting the Confidant Bookstore and Library, home to several old maps of Goa. I spent a couple of hours here poring over books on Goan food, the churches of Old Goa, Portuguese rule, postcards and, of course, Mario Miranda’s illustrations and artwork. I also visited the Rachol Seminary and a lovely home-run bakery in Loutolim called Jila Bakery. I can vouch for their plum cake – it was by far the best I’ve ever tasted. If hunger pangs hit you during your explorations then definitely head to Chef Fernando’s Nostalgia restaurant in neighbouring Raia village. “It’s not on the tourist map but it’s a local favourite,” Bennita assured me. I ate dinner there one evening and thoroughly enjoyed the live music along with the décor – murals depicting Maria Miranda’s cartoons adorn the walls – as well as the mouthwateringly good food. I stuck to the basics and ordered the ‘Nostalgia cocktail’ made of cashew feni, and chicken xacuti and sanna bread. The first bite sent me to food heaven, while the second had me promising myself to return soon.

Closer to Arco Iris, guests have the opportunity to go fishing and birdwatching. The Corjim community lake attracts several migratory species during winter, and an early morning walk along its shore during the season will delight any birder. The lake is also a place of economic interest as paddy is grown here in its early stages (government funded), before it is given away to local farmers to implant and grow in their own fields. The village of Curtorim is known as the granary of Goa, and most households have their own paddy fields as I discovered during a pleasant walk one evening. The only time you really see people in Curtorim is at the town centre during sunset – the rest of the time they’re busy working in the fields. While Margao has more or less lost its old-world charm, Curtorim has managed to retain it, thanks to the village panchayat that made sure a slice of old Goa is still perfectly preserved here by prohibiting the construction of modern buildings. The St Alex Church, located near Curtorim town centre, was built in 1597. It is one of the oldest churches and the first chapel church in Goa. This striking white building lies on the banks of the Tollem lake; at night, the town lights help form a beautiful reflection of the church in the lake waters.

You could opt for a boat ride and fishing trip on the Zuari River which is conveniently close to the property. Small chapels and churches, as well as bakeries and markets are other places to visit. If you’re the outdoorsy sorts then a short trek or hike can be organised in the nearby hills of the Western Ghats.

This trip made me view Goa in a whole new light. While I was no stranger to the more conventional and well-known tourist-packed attractions of North Goa, which I had definitely enjoyed during my college days, the architecture, the slower-pace of life and quiet beaches of the South are now my favourite aspects of this sunshine state. For it is here that the heart of Goa lies.

When to go Anytime of the year, but October to March is the best weather wise

Rail Nearest railhead: Madgaon (10km/ 15min). Pre-paid taxi is about ₹500. Pick-up can also be arranged by the resort for around the same fare

Road If you are driving down from Madgaon, head out for Village Raia at the Big Foot circle. After crossing the Sonsodo Garbage Disposal Yard, go right immediately before the Bosh showroom and keep driving toward Curtorim’s St Alex Church. Having crossed the church, stay on Macazana Road for about 1.5km all the way to Carmel High Scholl and Chapel. Take the left directly opposite the school and drive about 0.7km alongside Corjim Lake to the homestay which falls on the left. 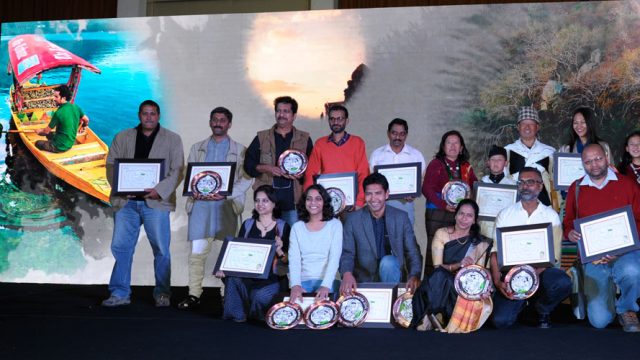 Congratulations to the winners of IRTA 2017 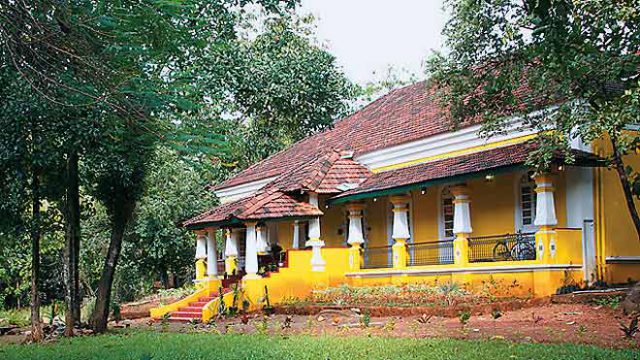 A century-old house in Curtorim, a village in south Goa, becomes a sunny homestay