To most, Darjeeling is just the hill station carved out by the British in the shadow of

Mt Kangchenjunga and other peaks of the Eastern Himalaya, the place where they escaped to avoid the summer in the plains. Later, they also turned it into a brisk trading zone by cultivating tea that is now famous as the ‘champagne of teas’. But the social and cultural history of Darjeeling goes back much farther. To the times when this was a tiny hamlet called Dorje Ling, Tibetan for ‘land of the thunderbolt’. Long before the British arrived, this area has been home to various ethnic hill tribes. Unfortunately, their legacy were almosy entirely erased  by Darjeeling’s colonial fame.

To let people know about the social and cultural tradition of the hill people, Kolkata-based Banglanatakdotcom (http://www.banglanatak.com/) will be holding the Darjeeling Utsav 2017 from April 7-9. The festival will showcase various dance forms and also exhibit handicraft products from the Darjeeling district. This is also the time to catch the many hues of rhododendron in bloom.

To get to Darjeeling, the nearest airport is Bagdogra, the nearest broad gauge station is New Jalpaiguri (NJP) and the road transport hub is Siliguri. The onward journey from any of these points has to be completed by road and takes around three to four hours. Or, you can take the Toy Train, the Darjeeling Himalayan Railway (DHR), from NJP (8.30 am) or Siliguri (8.55am) and reach Darjeeling around 3.30pm (www.irctc.co.in). DHR is part of the Unesco World Heritage Mountain Railways of India. 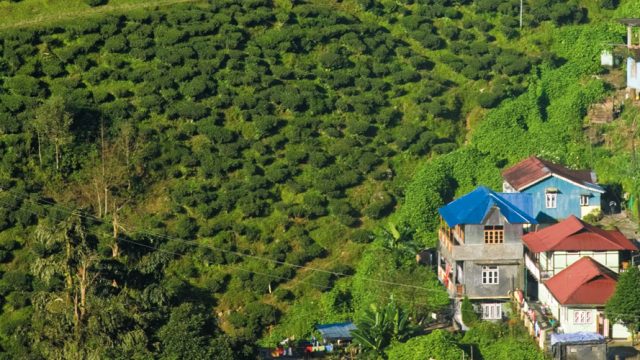