Home » Destinations » Features » Three day trips to do from Gangtok

Sikkim enjoys the position of being one of the most sought-after states in India. Reasons being—it is

least populous, clean, rich in biodiversity and home to Kanchenjunga. Blessed with beautiful mountainscape, verdant forests and Buddhist culture, Sikkim is aesthetically pleasing. The capital city Gangtok is the state’s largest city and a prominent Buddhist pilgrimage destination. Here are three destinations that you can cover in a day while keeping Gangtok as your base.

Located 23km away from Gangtok, Rumtek Monastery is an important religious and learning centre. Also known a the Dharmachakra Centre, the monastery was the main seat of the 16th Karmapa, Rangjung Rigpe Dorje. Currently, Rumtek Monastery is the largest monastery is Sikkim and it houses monks who follow the Karma Kagyu school of Tibetan Buddhism. Photography is not allowed inside the monastery’s inner sanctum, however, outside you will get excellent photo-ops. Monks of all age groups, older ones praying, younger ones playing or returning from their classes, prayer flags all around with a backdrop of the mighty Kanchenjunga—it’s a place worth a visit. Rumtek Monastery is open from 6am-6pm.

The sacred Tsomgo Lake in Sikkim

Popularly known as Changu lake, Tsomgo or Tsongmo Lake is located 40km away from Gangtok. The lake is of great importance to the locals as it is also where the locals celebrate Guru Purnima festival. It is believed that the lake waters have healing qualities because of which the lake is also very important to the faith healers of Sikkim, known as jhakris. During winter (till May), the lake stays covered in snow but after the end of the season, the lake and its surrounding turns into a riot of colours with wild flowers in full bloom. The lake is a great place for birding too. Ruddy shelduck, also known as Brahminy duck, a winter visitor to India can be spotted here in large number along with other birds and mammals species. Proper permission is required from the office of Tourism and Civil Aviation Department. You can get this done through registered and recognised tour operators and travel agencies.

A war memorial at Nathu-La, Sikkim

Nathu-La lies 54km from Gangtok. This pass is a part of the ancient Silk Route and also is a trading post between India and China, trading only few select goods on specific days of the week. The pass’ historic importance is what makes this place one of the top visited places in Sikkim. From British expedition to Tibet, Indo-Sino war to the cross-border trade, Nathu-La has a very poignant position. Only Indians citizens are allowed to visit the pass that too after proper permit from Gangtok. 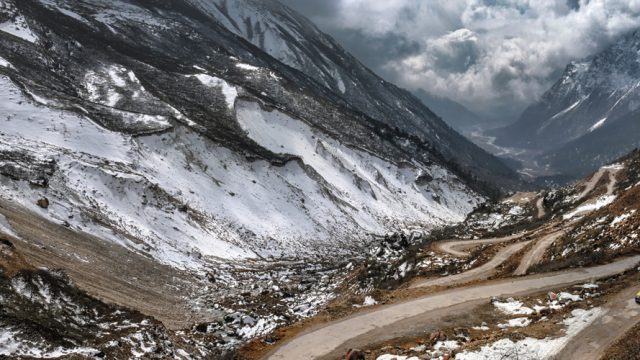 When in Sikkim, discover the transience of Yumthang’s snowscapes and the permanence of Dzongu’s beliefs 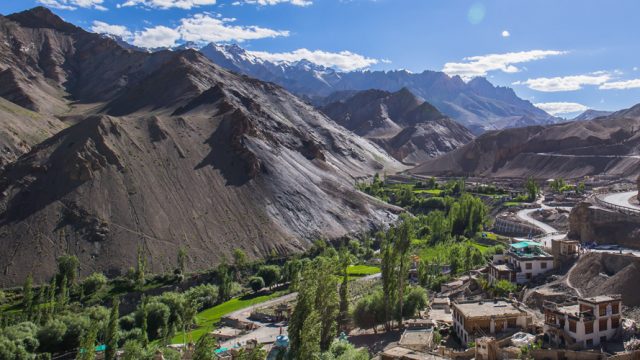