Since my first introduction to the word, scuba was merely scuba for me, an acronym

for precarious underwater adventure. This was before Graham Hogg, the impassive instructor and veteran of 3,000 dives, fastened the weights around my waist, checked the meter of the air tank strapped to my back, gave us another rundown of the inflating and deflating mechanism of our BCD (Buoyancy Control Device) jackets, guided us through a lesson in keeping ears adjusted underwater to stave off increasing water pressure, allowed us a couple of dips in shallow water and made, what seemed to me, a momentous announcement: “So, shall we go in then?”

With my head now decidedly below the azure surface of the Andaman Sea, suddenly the import of the acronym became real and clear. Self-Contained Underwater Breathing Apparatus it is then—one’s only guarantee against being all at sea, literally, while diving. As first-time open water divers, Graham led us not too deep inside, but enough to not be able to see the ground beneath our feet and have an ethereal glass-like water ceiling high above our heads. I was too busy not drowning—breathe in, breathe out, keep breathing, check for air, keep nozzle in mouth, don’t panic, relax—to notice any of the famed marine life off the Andaman coast. Just one fish. A jackfish, I was later told by Sam, the other instructor. Welcome to our part of the world, the jackfish seemed to suggest, as it took a spin around us.

Meanwhile, there are thousands of better divers waiting to plunge into the Andaman Sea and resurface with invigorating stories from the deep.

The Andaman Diving Academy (ADA), set up by Bangalore-based outfit Planet Scuba India, is first off the block. Being India’s first and only Instructor Development Centre, the ADA saw its first batch of six diving instructors graduate recently, after it was awarded a five-star rating by the Professional Association of Diving Instructors (PADI), a globally recognised certifying body which reportedly controls around 80 percent of the world’s recreational scuba diving.

If numbers are any indication, scuba diving has already dropped anchor in India. From less than five dive centres five years back, there are 23 now in the country and expected to go up to 50 in another three years. On Havelock Island, 55km northeast of Port Blair and a hub of diving in the Andamans, there are nine dive shops operating currently, when there were merely two a few years back.

Sitting in the open deck restaurant of the Fortune Resort Bay Island in Port Blair, Madhava Reddy, the spirited managing director of Planet Scuba who had earlier bartered a journalist’s job and dad’s business for scuba diving, put things in perspective when he remarked that diving could well be the fulcrum behind a billion dollar water tourism industry in India, which might also trigger a need for several hundred Indian dive instructors.

It is a prospect that the local administration is in tune with, having already decided to set up a decompression chamber—an essential infrastructure to handle diving emergencies — at the G.B. Pant Hospital in Port Blair. “We want the Andamans to be the next dive destination. The fact that diving has picked up in Havelock is proof that it’ll work. But safety measures should be in place and there has to be a regulatory framework,” said Vivek Rae, the chief secretary of the Andaman & Nicobar administration, in the backdrop of the Planet Scuba-organised diving festival, Divestock ’09.

Diving is just one component of an ambitious blueprint by the island administration to turn the Andaman Islands into the next travel hub. On the heels of the Taj Group deciding to set up a seven-star luxury resort at Havelock, according to G.G. Saxena, tourism secretary, the administration has identified 38 sites among the 15 islands open for tourism in the Andamans for development. The Lalaji Bay beach in Long Island, Little Andaman Island’s Hut Bay and Neil Island are the three sites for which bidding has been invited from national and international hospitality chains specialising in beach resorts.

Work is also slated to begin on canopy walkway projects in Chidiya Tapu and Mount Harriet, which will provide tourists a chance to get up close with Andaman’s tropical trees. Construction of a marine interpretation centre at Wandoor is expected to be completed by mid-2010, while Ross Island, which has the abject ruins of the 19th-century British mini-township and Japanese World War II bunkers, will get a light and sound show complete with lasers and water fountains.

A privately run commercial sea plane service, connecting Port Blair with Havelock and Long Island and Barren Island for viewing India’s only active volcano, will be started on an experimental basis for high-end tourists. MV Makruzz, the islands’ first luxury catamaran passenger service, is already in operation between Port Blair and Havelock. It completes the journey in approximately 90 minutes, bringing the faultless beaches of the island closer by over an hour.

Viper Island, close to Port Blair, is also the site of a grand makeover plan. Housing the gallows meant for Indian freedom fighters and convicts at the time it was a British penal colony, the eerie island was where Sher Ali, the Pathan who stabbed and killed Lord Mayo in 1872, was eventually hanged. Drawing inspiration from successful tourism models in Dubai, Singapore, Mauritius and Thailand, the administration proposes to turn Viper Island into an entertainment zone. The tourism department’s blueprint suggests a cable car system, luxury resorts, artificial beaches, dolphin shows, sky bridge, bird sanctuary, food courts, gaming areas and even a casino. With an average of 200 luxury boats anchoring in the Andamans from Phuket annually, Viper Island is also likely to have a yacht marina for luxury yachts to park.

Along with other development plans, the total investment required by the government and private parties to give shape to the Andaman Islands’ tourist vision is expected to be in the region of Rs 1,600 crore spread over the next 15 years, according to the ANI administration. “When everything finally happens, the Andaman Islands will be bigger than Phuket,” noted Rae, one of the main architects of the tourism plan.

For the group of 572 islands and islets which comprise the Andaman & Nicobar Islands, its attempt to re-emerge as a key tourist destination, might finally bury the spectre—at least in the mind of travellers—of the Indian Ocean tsunami that ransacked and maimed the islands in December 2004. From a mere 32,389 tourist arrivals in the year following the tsunami, the numbers have steadily increased to 1,36,426 tourists in 2008, despite the evident handicaps suffered by the islands in terms of geographical isolation, prohibitive peak season airfare, few flights and lack of tourist infrastructure.

Now, if the script goes according to plan, the number of tourists visiting the islands is expected to grow substantially. But there is a note of caution. “We have seen what has happened to Goa in the last 10 years, where shacks have taken over the beach and there is very little left of the place’s natural beauty,” Rae mentioned at the convocation party of the Andaman Diving Academy graduates. “In the Andaman Islands, which are home to some of the world’s oldest indigenous tribes, the government has zero tolerance towards people interacting with the tribals. The pristine environment and security concerns should also be considered,” he added. Predictably, the Nicobar group, a cluster of 22-odd islands lying south of the Andamans, will remain out of bounds for tourists. Locked away for years now, entry to the islands, for both Indians and foreigners barring Great Nicobar Island where Indians can go, has been restricted for both tribal and strategic concerns.

It is while we wait in waist-deep placid water near the Lighthouse beach in Havelock for our scuba diving trip, that we most feel the change sweeping through the islands. The passive sea suddenly turns restless and within seconds, three waves lash at us, throwing most of us off guard. We exchange anxious glances, and even our dive instructor Graham has a baffled expression.

In 2005, seven months after the tsunami, I had the opportunity to spend two months in these islands—many of those days spent hearing horror stories of waves rushing in from survivors and eye witnesses. The contrast between the beauty of the islands and the sheer breadth of the disaster was overwhelming.

Now suddenly, these waves. What if? It is Graham who finally comes up with the answer. “The waves are because of the high speed vessel that passed by.” Sure enough, there’s the MV Makruzz in the horizon, hurrying back towards Port Blair at 24 knots. “Ha ha. Now, let’s have some fun.” 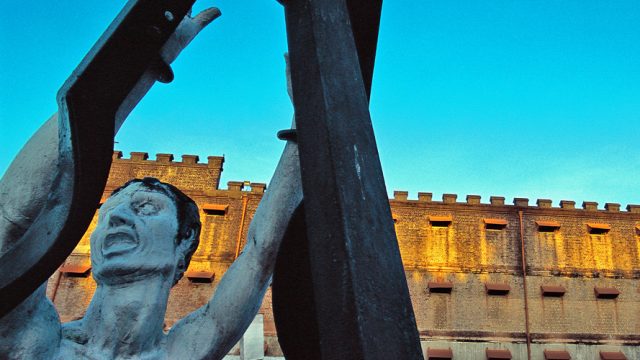 For history buffs, here are a bunch of museums that you should add to your of places to visit in Andamans 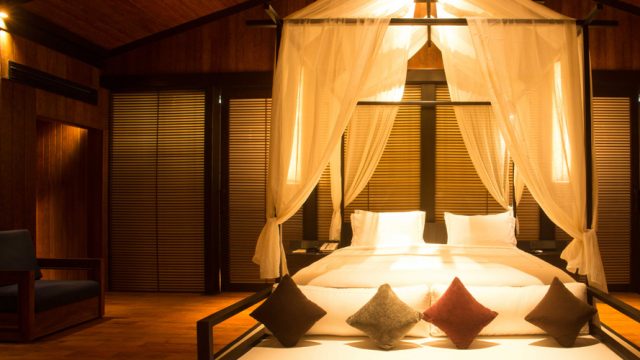 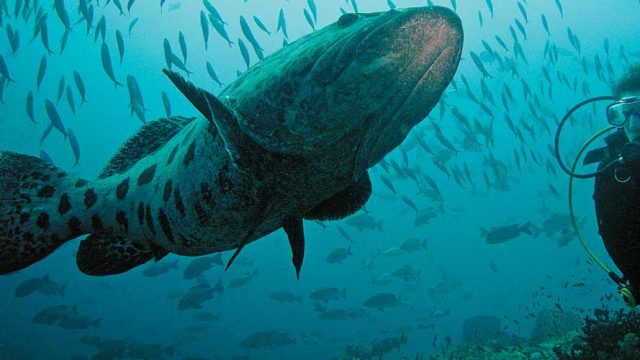