Jack was not actually Jack. But to tourists, he was. A proud card-carrying ‘official guide’, his confidence

glinted through as he sized us up, a trio of excited looking Indians. Throughout the tour that would follow, he would be unfailingly tolerant of the most inane of questions.

Yet, the very first thing he said to us in his opening monologue was—“Please remember that what you are about to see was NOT built by Indians.”

A few seconds of figurative head-scratching about the necessity of this pearl of wisdom ensued. But that was only for a few seconds. Down the sandstone causeway—flanked by a statue of seven giant serpents—we followed Jack, towards one of the most clichéd, over-advertised, tourist traps in the world. The otherwise cynical ‘offbeat immersion’-seeking wanderer in me went missing as the iconic five towers rose in their grey majesty beyond the two giant lotus ponds of my childhood fever dreams. I was finally at Angkor Wat. This was no time to be petty.

Sure, I would have preferred it without the busloads of ‘selfie-ish’ tourists, but in my humble opinion, if you are looking towards the crowds when dawn is breaking behind Angkor Wat, you’re looking in the wrong direction. 

The driver had no interest in history whatsoever. With a bright smile, he would rather take his rides to ‘The Angkor What? Bar’, where tourists could enjoy that other big draw of Cambodia, cheap beer.

With his hip hop hat, snazzy sunglasses and $5 for a full day of remork chauffeuring, Mr Moon represented that hustling and hungry Cambodia which seasoned travellers denounce with a passion.

It is convenient to forget that after the peak of 14th-century Khmer civilisation, history—particularly, the recent past—has tested Cambodia. After being a victim of the neighbouring Vietnam–US war, Pol Pot and his benchmark of brutality, Khmer Rouge, ruled for four years (1975-1979) murdering 25 per cent of the population.

Against this background, it is practically impossible to begrudge a Khmer tout or two and hard not to be astonished by the deep grace of a people scarred by such nightmare years. This land of intricate art, multifaceted cuisine and lush beauty of serene riverscapes, punctuated frequently by bright colours and the happiest of smiles, still thrives. 

Channa, simply Channa, as he insisted we call him, smiled his purest when we told him to drive us 50 kilometres out to Kbal Spean. His insistence that we give that particular location a fair bit of time seemed odd, much as Jack’s insistence on AngkorWat’s non-Indian nature had.

One of the waterfalls at Kulen National Park near Siem Reap

The trail climbed up the Phnom Kulen mountain, through evergreen light and shadow, following a stream. Colourful butterflies gathered on respective rocks midstream, discussing whatever butterflies discuss. A giant spider web with its gargantuan resident quivered, casting spells on more than just insects.

Then came the gods. As carvings, these early specimens (9th–10th centuries AD) offered none of the scale that the later temples out on the plains did. Wonder, though, was not in short supply. What these lacked in size, they made up in location and the adventure of ‘discovering’ Indra, the ruler of heaven, reclining right below where the river flows over a ledge; Ganesha, trunk and belly quite hidden unless you looked just right at the seemingly impossible to reach rock face. And then the hundreds of shivalingas, phallic symbols of creativity, magically carved into the riverbed underneath the clear flowing Kbal Spean River.

This, then, was where it all began. A civilisation, highly advanced in engineering and enterprise, which would plan and build a city of a million inhabitants eight centuries before London could achieve the same. Out here in the jungle, the defensiveness of Jack started to make sense. Maybe an overenthusiastic Indian in the past had riled him by claiming that the wonders that he lived amongst were Indian. They were not, even if the religion and mythology that inspired the artistry were. This was Cambodia and there ain’t nothing else quite like it.

Anuranjan Roy is a writer based in Kolkata, frequently thought-tripping on travel, motorcycles and generic nerdery. Choosing a best ever destination was impossible for him, but he tried. Some other personal experiences like wolf-spotting while solo tripping in Alaska and a hidden Western Ghats beach (which shall now stay hidden) knocked hard on his door too, but remained drafts. 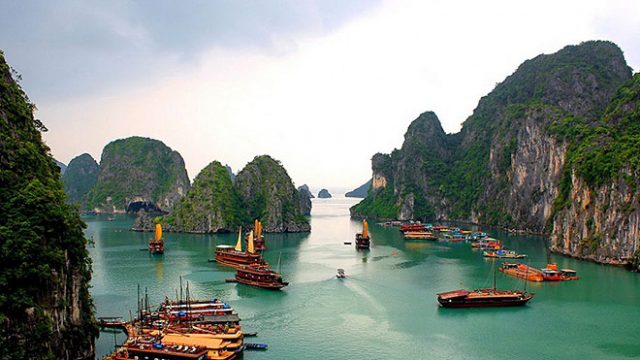 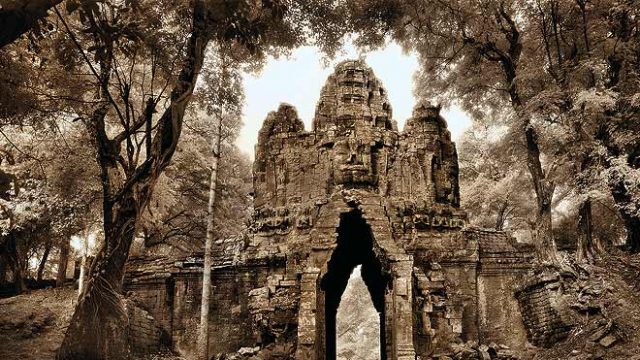 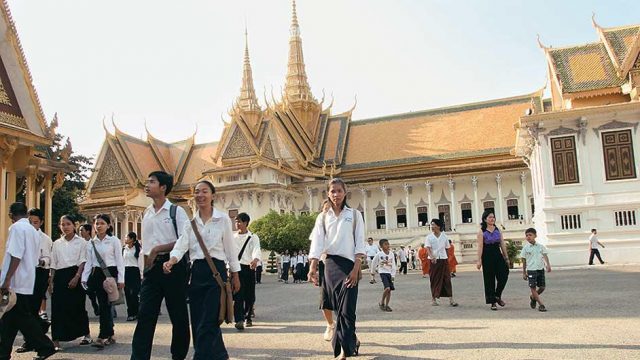 Cambodia is an ancient epic with a happy ending. Revisit the history, culture, people and places of Cambodia