Fast facts
State: Rajasthan
Distance: 249 km SW of Delhi
When to go: In the winter months,

Located in the district of Alwar, in the core of the craggy Aravalli hills lies Sariska National Park, which attracts many tourists every year. However, what these happy troopers do not know is that Sariska and its environs used to dance to a very different beat not too long ago. The beat of royal drums, to be precise, heralding the arrival of the Maharajas of Alwar and their hunting dogs.

Sariska was the hunting preserve of the Alwar royals, and its palace has been privy to many of these expeditions. Reams have been written on the hunting escapades of these princes. Cookbooks have been written on the fancy shikaar cuisine that evolved during those years. Now, an entirely different chapter has been added to the story of Sariska, that of wildlife protection.

Declared a wildlife sanctuary in 1958, Sariska eventually was brought under the purview of Project Tiger in 1979. Gone are the traps in which goats were tied to a pole to attract tigers for the princes’ shooting pleasure. Now, fences prevent humans from further endangering the animals.

The core area of the park is home to the Royal Bengal tiger. Although the species endured intense poaching pressure in the early 2000s, today there are more ten tigers in the park; a result of serious conservation and relocation efforts. In fact, Sariska is the first park in the world to have successfully relocated tigers.

Things to see and do
The standard Sariska itinerary includes taking the main road to Pandupol, which passes by Karnakabas Lake, Brahmnath, Kalighati Chauki and Bhaironghati. Those with varied interests can turn off at Kalighati to visit Kankwari Fort (to the west of the core area) or Neelkanth Mahadeva via the exit at Tehla Gate (to the south).

Sariska has a hilly terrain, dominated by the Aravallis. There are three large lakes within the park: Mangalsar (also known as Mansarovar), Siliserh and Somasagar. To counter the scarcity of water sources at Sariska, the administration makes arrangements for providing water to animals in summer.

You could rent a jeep, usually only available near the park office, at Tiger’s Den and Sariska Palace. Your hotel can also help you both with hiring vehicles and guides.

Aravalli Drive
Just past the Tehla Road, a 15-km-long track branches off to Kankwari. Passing through dense forest on the top of the Aravalli Ridge, this track leads to a point with an impressive view of Kankwari, a medieval fort standing on an isolated hill in the middle of a plateau. Kankwari has a bund with perennial water. It’s believed that Aurangzeb imprisoned his brother Dara Shikoh here. The fort is worth a visit for the views from here.

Pandupol
Pandupol, to the southeast of RTDC’s Tiger Den, is a lovely spot. It is believed that the Pandavas spent part of their exile here. Pandupol is also the name of a 35-ft waterfall gushing out of the Aravalli Ridge.

Near the waterfall, which is accessible by road, is the old Hanuman Temple. The road leading to the temple is full of langurs, peafowl, spurfowl and tree pies. There is a large mela at Pandu-pol every year. Every Tuesday, pilgrims are permitted to drive through the park to visit this shrine. If you are interested only in seeing wildlife, it’s best to avoid Tuesdays.

The Temple Trail
Neelkanth Mahadeva, a temple town near Tehla, houses the ruins of over 300 Hindu and Jain temples built between the 8th and 12th centuries CE. The carvings resemble those of Khajuraho and were probably built around the same time (9-10th centuries CE).

The Naldeshwar Mahadev shrine nearby attracts pilgrims. The approach to the temple, surrounded by dense forests, can be accessed by a 2-km-long walk from the main road.  The Bhartrihari Temple, to the south of Kushalgarh in the sanctuary area, is famous for its fairs. The temple is located at the edge of the forest.

Where to stay
Sariska has limited choices for stay, but is still a better base than Alwar for those wishing to take an early-morning ride through the park.

Where to eat
There are no restaurant options in Sariska apart from your hotel. The halwais of Alwar, however, offer the famous palang torh (milk cake). A visit to one of Alwar’s most popular eateries, the Prem Pavitra Restaurant, is a must. Tuck into their delicious paranthas, gajar-ka-halwa and kheer. Do not miss Rajasthan’s favourite pickle: the spicy mirchi-ka-achaar. Prem Pavitra’s reputation rests on its pure vegetarian fare and organically grown vegetables. 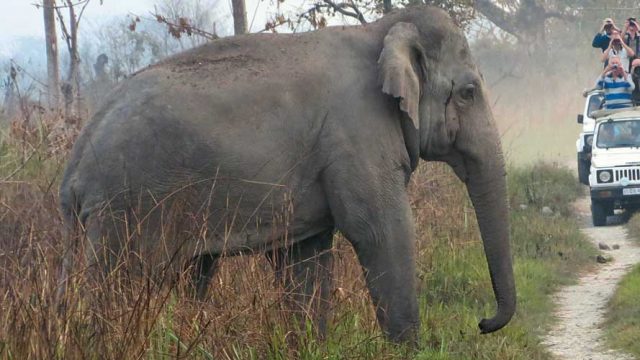 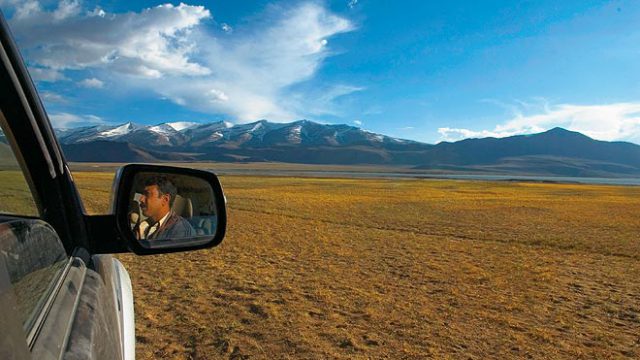