the aircraft was halfway in its descent. From my window seat, the more I stared at the mist-covered South China Sea, the more mysterious Kowloon Bay appeared, with its smattering of ships. The gloomy weather made me wary of the prospects of my visit to Ocean Park, and my erstwhile enthusiasm about feeding penguins and attending a session on dolphin teeth cleaning, ebbed away. Not that I was looking forward to running into a dolphin in need of dental care anytime soon.

Fast forward to six hours post landing, I was at my touristy best at Ocean Park, Hong Kong. In Wong Chuk Hong, the southern district of Hong Kong Island, Ocean Park is a behemoth of a place. Covering more than 91.5 hectares, over 80 attractions are spread out across its two wings—the Waterfront and the Summit.

Great Panda An An at the park

My host for the day, Vivian Lee, met me at the Waterfront’s Neptune Restaurant for a lunch of juicy, medium-rare steak with hammerhead sharks, Napoleon wrasse and manta rays right next to me. Since the restaurant is located beside the park’s Grand Aquarium’s giant viewing panel, I don’t recollect much of the lunch as I was busy gawking at the gentle giants swimming at arm’s length. On asking why the park cares for innumerable animals and birds, I learnt that important and endangered species like the golden monkey (Lokie), red panda (Rou Rou), giant panda (An An and Ying Ying) along with the others are animal ambassadors and are there for a purpose—to educate and promote conservation awareness among visitors. They call it ‘edutainment.’

I visited the pandas napping at the Amazing Asian Animals attraction, while visitors conversed in hushed tones. Next up was the Australian Outback, the park’s South Australia-themed attraction. Southern koalas chomped on eucalyptus leaves, laughing kookaburra flew about and red-necked wallabies tried to blend in.

I felt like I had gone back in time when I chanced upon Old Hong Kong—an area designed after the streets and architecture of Hong Kong from the 1950s-70s. Old posters adorned the walls, while a tram and a hand-pulled rickshaw reminded me of a scene from an old film. Old post boxes made me yearn for a letter from yonder.

Cable cars ply between the Waterfront and Summit

The Summit is accessible by the cable car ride and Ocean Express, a funicular train that shuttles passengers between sites via a tunnel in just three minutes. The cable car ride gave me breathtaking views of the park below and the expanse of the South China Sea. Speaking of views, I enjoyed several from atop multiple rollercoasters I rode. One particular ride, Mine Train, will be remembered by all present that day. Since it was early, it was just four of us on the 678m twisting, climbing and dipping ride overlooking Aberdeen Harbour. That day, the three others and all of the park staff found out just how loud I could scream in fear! At the North Pole Encounter, I learnt about the plight of polar wildlife whilst excitedly feeding the penguins, and watched spotted seals being examined by caretakers. An arctic walrus loomed above me as I walked inside the glass dome. I quietly applauded the efforts to maintain the smell and temperature (8-10°C) in order to keep the animals comfortable.

From the North Pole, I walked to the Rainforest, which came alive with the sounds of Amazonian birds and animals. I nearly missed a family of red-handed tamarins (New World monkeys) on a nearby tree, took forever to spot a blue poison dart frog, and didn’t notice an anaconda slithering past. My prospects of surviving in the wild appear quite bleak, I think.

My last stop at the park was the Marine Mammal Breeding and Research Centre, where I was finally introduced to the dolphins’ dental hygiene routine I was so looking forward to while on my flight. I panicked for a second when one approached me in a friendly way in response to a series of ‘awws’ that had earlier escaped my lips. What I experienced at both wings, Waterfront and Summit, can only be called edutainment.

Single entry tickets for visitors aged 12 years and above cost HKD 480; for children between the ages of 3 and 11, it is HKD 240. For more information, visit oceanpark com.hk/en 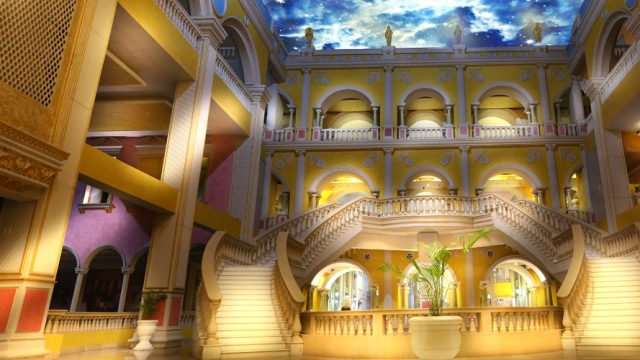 If you’re up for a Venetian gondola ride, look no further 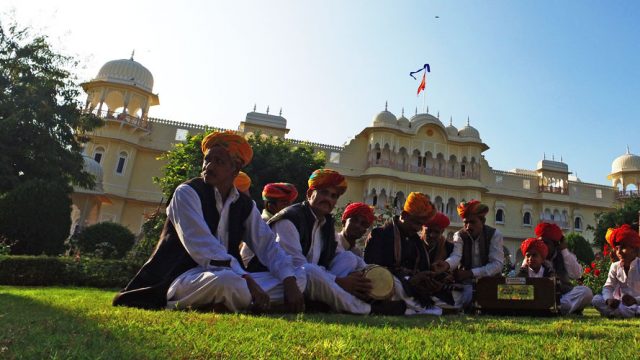 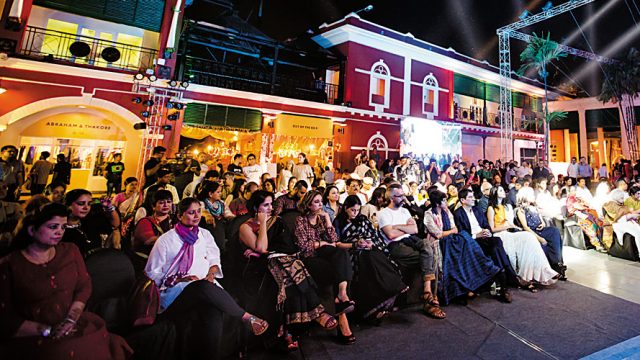