Americans love their beers. If you head to the US, you will always find there’s a search for

the perfect brew. While each region can boast of local flavours and brewing companies, the best way to go on a craft beer trail is via the open road. Yes, you heard that right! Pack your bags for two weeks, head to America and get in a car. From Montana to Arizona, with every passing landscape, the taste of beer changes and a road trip will help you decide which you like the best! Start at Great Falls in Montana, then head to Polson, in the same state. Head to Wyoming next for some award-winning brews before reaching Utah in Salt Lake City. Stop by Denver, Albuquerqu and Santa Fe before reaching Arizona!

Start in the rugged west at Great Falls. Located at the meeting of rivers Missouri and Sun, it has perfect to hiking trails to get you thirsty. Local breweries like Mighty Mo and Front are extremely popular with the locals so begin your craft beer trail.  Then, drive four hours or 381 kms to reach Polson where the real adventure starts. Filled with breweries, first work up an appetite walking at the Kerr Dam to see gorgeous scenery. Then sit by the charming lake and indulge. Home to the Glacier Brewing Company, try the sampler tray or pints from their beer garden. Moscow Brewing’s taproom is another option.

Check out the Mighty Mo Brewing Company in Montana

Seven hours or 733 kms from Polson, Jackson in Wyoming is at the southern tip of the Jackson Hole Valley.  Famous for western boutiques, art galleries and restaurants, head to Snake River Brewing Company and Roadhouse Brewery. They are both award winning breweries where you can sample gourmet eats along with craft beers! Walk off all the beer as you spend a day at the one of the national parks nearby – National Elk Refuge, Grand Teton National Park and the world-famous Yellowstone National Park.

It’s time to make your way to Utah. Salt Lake City is five hours or 447 kms away from Jackson. The city has something for every kind of traveller. From scenic parks to mountain views, great food to shopping, breweries are also high on the list. The city’s most famous brew at Uinta Brewing started in 1993 before heading to Squatters Pub, which poured its first local beer in 1989 and is now known throughout the American West. Just an hour away, Park City is the state’s most beloved ski town and home to the Sundance Film Festival. Don’t forget to stop by Wasatch Brewery, which was the first one in the state. If you want a break and enjoy whiskey, don’t forget a tour and tasting at High West’s award-winning distillery.

Denver lies 805 kms away from Park City. The eight-hour drive will definitely make you thirsty. If you plan your trip accordingly, don’t miss out on the Great American Beer Festival and the Denver Beer Fest. But, if not, never mind. The Mile High City deserves multi-day beer explorations. Check out breweries in between the art museum, LoDo and Union Station. Do go to Wynknoop Brewing Company, the Great Divide Brewing Company, and Denver Beer Company.

Denver Beer Company Brewery is well-known across the whole country

Make your way from Colorado to New Mexico. It takes about seven hours from Denver to Alburquerque. The picturesque town has a rich history amidst natural beauty. Sip on La Cumbre Brewing’s finely crafted beers at their tap room. Then, head to industrial microbrewery Bosque Brewing to finish a great day.  Don’t forget to drive an hour away to Santa Fe. The city was founded in 1610 as a Spanish colony. With beautiful art galleries and museums, and opera in the evening, end on a high note with handcrafted beer from Second Street Brewery.

The last state on the long beer trail route, Sedona is 663 kms away from Santa Fe. Not only is the drive outstanding with jaw-dropping natural landscapes, at the city, enjoy sometime in the sun at the Slide Rock State Park. Then, taste a variety of brews at the Oak Creek Brewery and Historic Barrel+Bottle House to round off a great day.  Last but not the least,  end your beer trail in Phoenix and Scottsdale. After a day of channeling your inner cowboy in Old Town and hiking up Camelback mountain, reward yourself with pints from Phoenix Brew or Four Peaks Brewery! 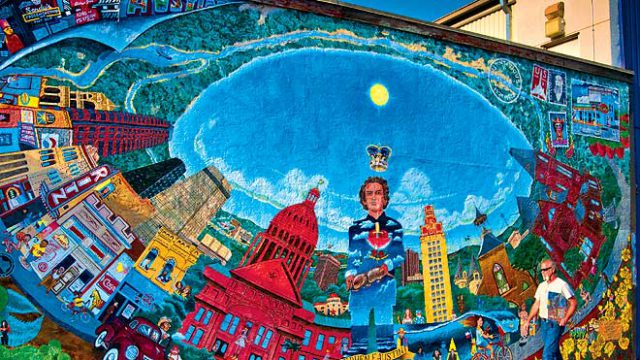