which makes its India debut with the Conrad Pune. Poised to become the city’s smartest lodgings, the hotel will offer 310 generously proportioned ‘Intelligent Rooms’, which feature such blandishments as auto-adjusting tem­peratures, electronically operated cur­tains and light adjustment. The Conrad Concierge mobile app allows travellers to customise details before, during or after their visit. The super-smart hotel features three restaurants, a bar, poolside café, deli and lounge apart from more pedestrian luxuries such as a spa, fitness centre and salon. Luxury travellers will also be pleased with the city’s first out­door temperature-controlled pool. From Rs 9,000; www.conradpune.com
Conrad Hotels & Resorts 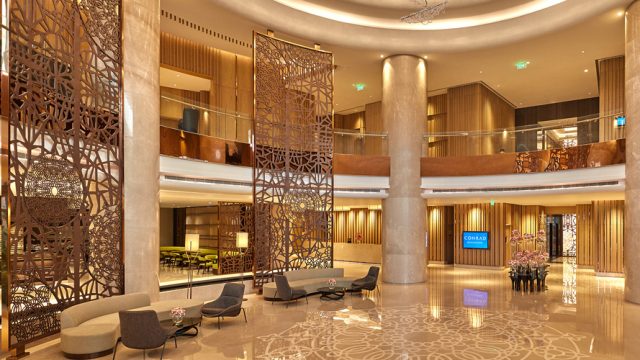