At first glance, Singapore is all about steel and glass, retail businesses, glamour and shopping. It is

difficult to imagine that a small fishing village that graduated to a British trading post (thanks to Sir Thomas Stamford Raffles) in the middle of the 19th century, saw some fierce fighting between the Japanese and the British during World War II, managed to turn into one of the most affluent nations of the world. Interestingly, Singapore has lots to offer beyond the regular touristy do-s. International art shows, walks that bring World War II history alive, island-hopping journey with Singapore Island Cruise, explore St John’s, Lazarus and Seringat, etc. Despite its wee size, Singapore deserves at least a three-day visit.

Singapore is served by Changi Airport, often referred to as the ‘best airport in the world’. There are direct/indirect flights to Changi from Mumbai, New Delhi, Bengaluru, Chennai, Hyderabad, Kochi, Kolkata, Lucknow, Thiruvananthapuram and Tiruchirapalli. Singapore Airlines, Air India, Jet Airways, and Air Asia are some of the airlines flying on these routes. Singapore is connected to Malaysia through two land-crossings and by train, and by ferry with Malaysia and Indonesia.

Indian nationals are required to apply for visa  (click on the link to know more) to enter Singapore. Applications must be submitted in person to any of the authorised visa agents. Applicants whose application has been approved can have their e-Visa printed by the authorised visa agents. The visa processing fee for each application is S$30 (non-refundable). Authorised Visa Agents are permitted to charge a service fee of ₹300 along with the processing fee.

Remember Singapore has very strict drug laws. Drug trafficking carries mandatory death penalty, which applies to foreigners as well. Even if you are in transit, possession of drugs will result in capital punishment. Visitors to Singapore are required to carry prescriptions for any medicines in their possession. Prior permission from Singapore Health Sciences Authority (hsa.gov.sg/) is required for bringing in therapeutic products, including sedatives, painkillers, etc.

What to see and do

It is amazing to discover the number of attractions Singapore (visitsingapore.com) packs in despite its size. The River Side (also called the Civic District), a reflection of Singapore’s colonial past, contains museums and theatres.  At Boat Quay, Clarke Quay, and Robertson Quay, along the Singapore River, are plentiful of restaurants, bars and clubs. Orchard Road is the place to go for shopping. The Marina Bay, dominated by the Marina Bay Sands integrated resort (hotel, casino, shopping mall, convention centre and museum), is another popular tourism zone. Singapore is a melting pot of Asian culture, with people of Malay, Chinese and Indian origin calling the island-nation home. To the north of the city centre, lies Little India. Bugis and Kampong Glam are inhabited by people of Malay origin. China Town stands more towards the south of the city centre.

The River Side (also called the Civic District), a reflection of Singapore’s colonial past

It was Sir Stamford Raffles who had drawn the original masterplan of the Civic District in 1822. Some of the historic buildings have been restored and given a new lease of life. Some of the popular attractions here are The Arts House, Asian Civilisations Museum, Victoria Theatre and Concert Hall, National Gallery Singapore (https://www.nationalgallery.sg; open daily; 10am-7pm from Sun to Thu and up to 10pm on Fri-Sat), Civilian War Memorial, Lim Bo Seng Memorial and the Cenotaphs, etc. Some of these are located in the Esplanade Park is one of the oldest among Singapore’s heritage parks. Located within the Esplanade Park is the Indian National Army marker, one of the eleven World War II historic site markers erected in 1995 to commemorate the 50th anniversary of the end of World War II. The original monument, whose foundation stone was laid by Netaji Subhas Chandra Bose, when Singapore was under the Japanese forces, was demolished by Head of Southeast Asia Command, Lord Mountbatten, when the British regained Singapore.

The orchards are long gone but the memory survives in the name Orchard Road, whose 2.2 km long shopping stretch is one of the biggest draws of Singapore. Shopping malls, restaurants and hotels, entertainment zones catering to all budgets can be found here. The ION Sky (currently under renovation, expected to open in Oct 2017; www.ionorchard.com), up 56 levels or 218 metres, offers a panoramic view of the Singapore skyline.

A walk around the 3.5km long waterfront promenade of The Marina Bay is a lesson in architectural grandeur. The famous Merlion, symbolic of Singapore’s past, stands overlooking the Bay, in the middle of a garden. The statue’s head of a lion is a reminder of the time when the place was known as Singapura or the Lion City in Malay and the body of a fish is a reminder that this was originally a fishing village called Temasek, meaning ‘sea town’ in Old Javanese. The statue stands 8.6 metres, spouting water from its mouth and is surrounded by camera-toting travellers almost round the clock. From the Merlion Park, you can take a river cruise on a restored bumboat. Located in the heart of downtown Marina Bay is the Singapore Flyer (http://www.singaporeflyer.com/), a giant ferris wheel that will take you 165 metres above ground, or as high as 42 storeys. Ensconced in one of the 28 fully air-conditioned glass capsules, you can embark on a 30-minute journey for some of the magnificent sights of the city.

The famous Merlion, symbolic of Singapore’s past, stands overlooking the Marina Bay

Gardens by the Bay (http://www.gardensbythebay.com.sg/) is a horticultural delight, with three gardens, spread over 101 hectares of reclaimed land. Do spare some time to explore the Super Trees, tree-shaped vertical gardens between nine to 16 storeys tall. Some of the Super Trees are joined by elevated walkways. The integrated Marina Bay Sands includes luxury accommodations, upscale shopping centres and the SkyPark’s Observation Deck and infinity pool perched at 200 metres.

Even if you are not catching a cruise, do not miss the Harbour Front, another glitzy shopping destination. The former coal-fired St James Power Station has been reinvented as an entertainment and nightlife zone. You can also travel to Sentosa Island via the cable car that starts from here. The 274-metre Henderson Waves, Singapore’s highest pedestrian bridge at 36 metres above ground, can be seen as part of the Southern Ridges Walk, a five kilometre hiking trail passing through three major parks: Kent Ridge Park, Telok Blangah Hill Park and Mount Faber Park.

One of the best ways to enjoy Singapore’s skyline is to take a cruise down the eponymous river. It is also possible to explore the Esplanade-Merlion-Boat Quay area on foot. Better to do it early morning or in the evening as the afternoon can be hot. The open-top or air-conditioned hop-on, hop-off bus tours are an easy way to take in most of the attractions. Some of the popular tour organisers are Singapore DUCKtours Pte Ltd (ducktours.com.sg/), Makan Bus by MeGuide U (facebook.com/Makanbus/), FunVee tour by Citytours among others.

Outside the city centre, there is plenty to explore, including Singapore Zoo (zoo.com.sg/), the Singapore Botanic Gardens (which happens to be Singapore’s first UNESCO Heritage Site; sbg.org.sg/), Jurong Bird Park (birdpark.com.sg/), Sentosa Island, and east coast beaches. A must see is the Singapore Night Safari (nightsafari.com.sg), said to be the world’s first nocturnal wildlife park. Over 1,000 animals from around the world can be seen in their natural night-time habitats. You can choose between a Tram Ride and a Walking Tour.

Waterfall in the Singapore Botanic Gardens

A world unto itself, modern Sentosa has been carved out of a former island-fort. The Resorts World Sentosa (rwsentosa.com), sprawling over 49 hectares, consists of the Universal Studios theme park, S.E.A. Aquarium, The Adventure Cove Waterpark, Dolphin Island, etc. It also includes a casino, hotels and spa, restaurants and shopping malls. Check their website for special offers, attraction passes and latest attractions.  A free mobile app, MySentosa, lists real time happenings on the Island.

You can take the Singapore Cable Car (onefabergroup.com) to travel to Sentosa from Singapore’s Harbour Front. On the Mount Faber Line, travel above the hill from Faber Peak Singapore, through a skyscraper and cross the harbour on the Mount Faber Line before landing in Sentosa Island. The Sentosa Line travels along dozens of attractions on Sentosa, including Merlion station, Imbiah Lookout station and Siloso Point station to enjoy the sandy beaches, Madame Tussauds, Megazip Adventure Park, Skyline Luge Sentosa, Universal Studios Singapore, S.E.A. Aquarium and more.

Singapore is one of the best places in south-east Asia to go on a food-venture. The influence of various Asian cultures is evident in the street food available. On the other end, there are the Michelin-star restaurants. There are restaurants aplenty at all the touristy neighbourhoods.

There is hardly any restaurant where you will not find the country’s national dish, Chicken Rice, chicken pieces served with fragrant rice and a spicy chilli and ginger paste. Another popular item is the Laksa, basically a noodle soup with spices and coconut milk. You can choose from three varieties, Katong Laksa, Penang Laksa and the Sarawak Laksa. Or you can dig into Roti Prata, if you are missing home. Singapore is also well known for its seafood. Maxwell Food Centre, with over 100 stalls, is one Singapore’s most famous local dining enclaves, located in the Central Business District. If you are looking for pure vegetarian, you can try the vegan restaurants in the city, especially in the Central area.

If you are visiting Orchard Road in the morning, you can stop for breakfast at Wild Honey (wildhoney.com.sg), whose Mandarin Gallery menu unfolds a global platter. The ION Orchard Food and Heritage Trail (ionorchard.com; prior registration required) acquaints visitors with Singapore’s art, culture and food on its 60-90 minutes’ long complimentary walk. Embark on a gastronomic journey on the Makan Bus by MeGuide U.

Singapore’s nightlife is a heady mix of music, drink and entertainment. From iconic dance clubs to live music venues and rooftop bars, the Clarke Quay and Boat Quay tops the entertainment list. Some of the popular watering holes can be found in Ann Siang Hill and Club Street, in Holland Village and Dempsey Hill, etc. Fullerton, Collyer Quay, and the Marina Bay area have some of the classy watering holes. Advance reservations may be required for a visit to 28 HongKong Street, known for some of the best cocktails in town.

Singapore has accommodation to suit every budget. Singapore is home to some of the world’s top luxury hotels, such as The Fullerton Bay Hotel, Raffles Hotel Singapore, The Mandarin Orchard Singapore, etc.  The list (stayinsingapore.com/) maintained by Singapore Hotel Association (SHA) is a comprehensive list of places to stay. 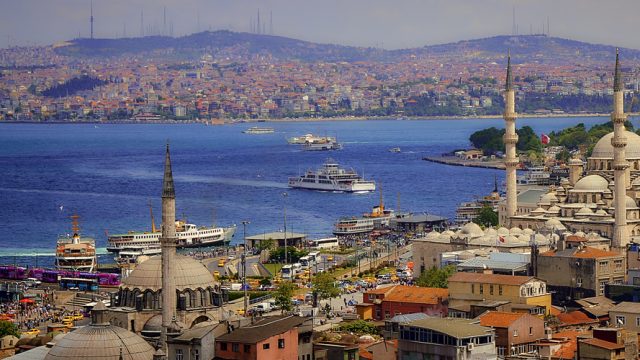 Straddling the divide between Asia and Europe, Istanbul’s historical sights are unbeatable 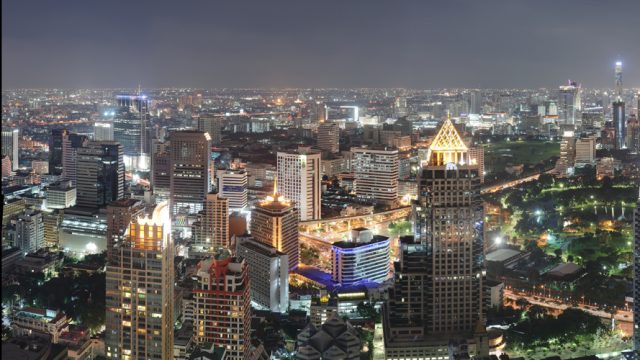 From high culture to great food to a pulsating nightlife, Bangkok’s a pretty great city 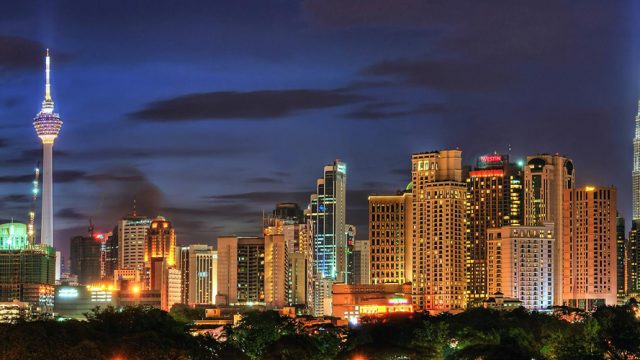