Bangkok, the capital of Thailand, is a land unto itself, far from the little village by the

Chao Phraya River that was chosen by the first monarch of the Chakri dynasty, King Rama I, as the capital of Siam in 1782. Today, Bangkok means different things to different people. To some, it is a land of temples and traditional culture, a pocket-friendly cosmopolitan city to some, some love it for its shopping, cuisine and nightlife. The curious traveller has to navigate through all these and more, such as traffic jams, frauds, and scams. Interestingly, tomes have been written about the Thai capital, its attractions, etc. But Bangkok still remains an explorer’s delight.

If you are travelling in the next few months, please remember the nation is officially in a year-long mourning following the demise of King Rama IX, who died on 13 Oct 2016 having reigned for 70 years. Mourning is nationwide but particularly evident in Bangkok, with Thai citizens dressed compulsorily in black and white, government and other building under drapes, etc. However, normal tourist activities are not barred and foreigners are not expected to follow the dress-code. But if you do, people appreciate it. The late king’s cremation will take place on October 26, 2017 and then you may expect some disruption in regular activities and transportation.

Bangkok is served by two airports: Suvarnabhumi Airport (BKK) and Don Mueang Airport (DMK). The airports are located about 30km away from the city, BKK to the east and DMK to the south. Veteran travellers warn about traffic congestion on the way to the city, and ask to budget not less than three hours if you have to travel between the airports.

Various Indian and foreign airlines fly directly from India to Bangkok, mostly to BKK. For example, there are direct flights from Bengaluru, Chennai, Guwahati, Hyderabad, Jaipur, Kochi, Kolkata, Mumbai and New Delhi. However, depending on demand, sometimes these flights may be withdrawn or rerouted. So do check before planning. Some of the airlines flying between India and Bangkok are Air India, Jet Airways, Indigo, SpiceJet, Thai, etc. Air Asia flies directly between Kolkata and Don Mueang Airport. Refer to sites such as skyscanner.co.in for a comprehensive list of flights.

Thailand issues 60-day Tourist Visa (single and multiple entry). In India, Thai visas are available from The Royal Thai Embassy in Delhi and the Royal Thai Consulate General offices in Kolkata and Chennai, and six other centres in India. Indian passport holders visiting Thailand for tourism can avail the Visa on Arrival facility at both BKK and DMK. But it is valid only upto 30 days. You may also be asked to show proof of living expenses for 30 days.

There are plenty of things to see in and around Bangkok. As you walk around, you will come across many Wat (temple) and shrines, some not even mentioned on tourist guides but no less beautiful. One of the quickest ways to get an overview of Bangkok is to take a ride along the Chao Phraya River, travelling by a luxury boat (often converted out of an old rice barge) or a long-tailed boat (if you want to explore the smaller canals) or the regular ferry, depending on your budget.  It also helps to plan ahead and make a note of the piers near the attractions you want to visit, and avail the ferry boats.

Some of the most popular attractions are located around the Rattanakosin or Old Town area. Top of the list are the Grand Palace, Wat Pho and Wat Arun. If time permits, you can also see Golden Mount, Wat Suthat and Wat Ratchanaddaram.

The Grand Palace is spread over a huge area but visitors are allowed to enter only a few of the buildings. Lying in the Outer Court of the Palace is the temple dedicated to the Emerald Buddha (Phra Kaeo Morakot), the idol carved out of flawless jade. Some of the buildings in the middle court, such as Chakri Mahaprasat Throne Hall and Borom Phiman Mansion, are examples of how European Renaissance art and architecture influenced traditional Thai style. Open from 8.30am to 8.30pm daily, a 500 Baht entry ticket offers access to Wat Phra Kaeo, The Royal Thai Decorations & Coins Pavilion and Queen Sirikit Museum of Textile, which are located within the Grand Palace compound, and to Vimanmek Mansion Museum (inside Dusit Palace) on Ratchawithi Road. Right opposite the north-eastern corner of the Grand Palace complex finds the sacred Bangkok City Pillar Shrine. Wat Pho (entre fee – 100 baht) is where you will find the world’s largest reclining Buddha image. Take a ferry ride across the Chao Phraya River to Thonburi’s Wat Arun or the Temple of Dawn. View from the garden is free but you have to pay 50 baht if you want to climb up.

National Museum, the Museum of Siam, Rattanakosin Museum, the Queens’s Gallery, and the National Museum of Royal Barges, are some of the key museums to learn about Thai history and culture. Time permitting, you can explore two hidden gems of Bangkok, reflections of the wooden architecture of the region. Baan Silapin or Artist House is a restored wooden building along a canal on the Thonburi side. Tourists can purchase souvenirs and postcards, have coffee by the river or join the free ornament making class on Sunday morning. It is open between 2pm and 11pm, Thursday to Sunday.

You can visit the Baan Krua Nhua community, residing along Khlong Saen Saeb, whose silk weaving and silk products were made famous the world over by Jim Thompson. The weaving process can be seen any day between 9am and 9pm.

In Bangkok, and not tried a Thai massage? With massage parlours dotting the city, you will be spoilt for choice. Just remember, there are as many dubious ones as genuine ones. Tourism Thailand website lists a few, such as Baan Sabai Thai Massage Center (baansabaispa.com), Nara Spa (naraspa.com), among others.

If you are interested to watch Muay Thai, a body-contact combat sport, you may check out for bouts at the Lumpinee Boxing Stadium in Silom and Ratchadamnoen Stadium in Rattanakosin. But the ticket pricing is rather steep. To watch live full contact Muay Thai boxing for free, be at the MBK Fight Night (mbkfightnight@gmail.com), held every Wednesday, 6pm-8.30pm outside the MBK shopping Mall.

Khao San Road and Sukhumvit are typical places to explore for bargain shopping, souvenirs, etc. You may explore the small lanes around Siam Square for designer clothes. MBK Center and Siam Center are two of the popular shopping malls. Silom and Rattanakosin’s night markets are also popular.  Chatuchak Weekend Market in Phahonyothin is said to be South-East Asia’s largest market. Although a little far from the city, requiring an early morning start, and relatively more touristy than before, the Damnoen Saduak floating market is still the most visited. Operating between 7am and 11 am, the market is a colourful flotilla of boats selling everything from souvenirs to seafood. But if you are trying to save on time, you may take a look at Taling Chan Floating Market, a much low-key version of the famous market though.

The floating market at Damnoen Saduak in Ratchaburi Province, Thailand.

Thai cuisine has found its own place on the global food map. And Bangkok is one of the best places to enjoy it because here you get to enjoy the regional varieties in one place. The Thai capital is also known for its international cuisine.

North of the Grand Palace, Khao San Road is backpacker country. Here you can delve into the pocket-friendly bars and restaurants or sample traditional Thai dishes from the food trucks. Bangkok’s Chinatown, locally known as Yaowarat, does brisk business (from Chinese herbs to gold) by day and in the evening the narrow road is lined with food trucks selling Chinese dishes, from fried noodles to iced Chinese dessert. Although floating markets in and around Bangkok are known to sell everything, their food boats are no less exciting. A dinner cruise along the Chao Phraya River is also interesting, watching the lit-up skyline and temples as you enjoy the food. Some cruises offer local cultural performances too.

Pad Thai (stir-fried rice noodles with eggs, fish sauce, tamarind juice and red chili pepper to which chicken or prawn is added as per choice) seems to be the national dish. Another popular dish is Tom Yam Kung (a spicy, sour soup with prawns, lemongrass and galangal). Khao Man Kai is rather filling – a bowl of chicken soup served with a side of boiled rice topped with boiled chicken slices and separate spicy sauces. The less squeamish can try the variety of bugs, especially sold off carts along Khao San Road. Scorpions, water beetles, grasshoppers, crickets, bamboo larvae and mealworms.

The Vertigo Rooftop Bar at Banyan Tree in Bangkok

Bangkok’s nightlife has a dubious reputation because of all the cheap sex on the menu, but there’s much more to the city than that. In fact, it’s possible to have a perfectly amazing night out in Bangkok minus the sleaze. For one, you can head to one of the city’s many rooftop bars, like the vertigo-inducing Vertigo-Banyan Tree Bangkok on South Sathon Road (banyantree.com), the Sky Bar at Lebua for some great river views (lebua.com/sky-bar) or 360° views of the city from Octave Rooftop Bar at Bangkok Marriott in Sukhumvit (marriott.com).

If you’d like some live music, there’s excellent jazz to be had in Bangkok, at places like Saxophone Pub at Victory Monument (saxophonepub.com), the Brown Sugar Jazz Boutique at Banglumpoo (brownsugarbangkok.com) or at the Bamboo Bar at the Mandarin Oriental (mandarinoriental.com).

If you’re looking for spectacle, head over to the huge Siam Niramit compound to see some of the famed over-the-top Thai musical theatre at the colossal Ratchada Theatre (siamniramit.com). There are clubs a plenty in Bangkok so take your pick from any of these: Levels Club & Lounge Bangkok on Sukhumvit, Demo Nightclub at Thong Lor, Grease Nightclub in Sukhumvit and DND Club at Thong Lor.

If you’re looking for the city’s famed sex shows, well then just head over to Soi Cowboy, Patpong and Nana Plaza. There’ll be plenty to choose from. For all this and more, a good resource is bangkok.com

Finding a place to stay according to your budget and choice is not a problem in Bangkok. Backpackers usually congregate in and around Khao San Road. Sukhumvit, Silom and Siam Square have a mix of moderate to luxury hotels. For a comprehensive list of hotels, resorts, etc, you may refer tobooking.com 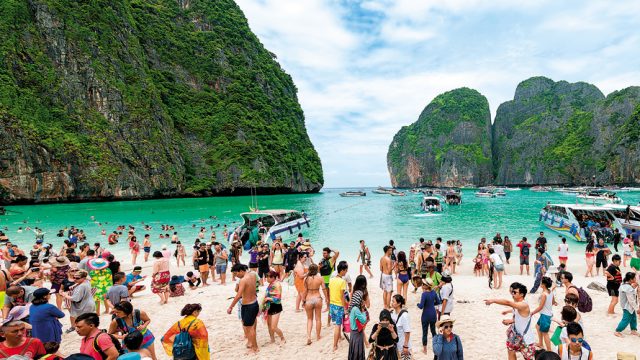 Decades of irresponsible tourism has caused immense damage to marine life at one of the world’s most popular beaches, Maya Bay 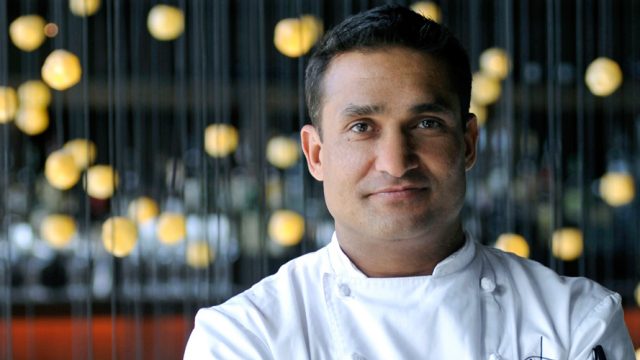 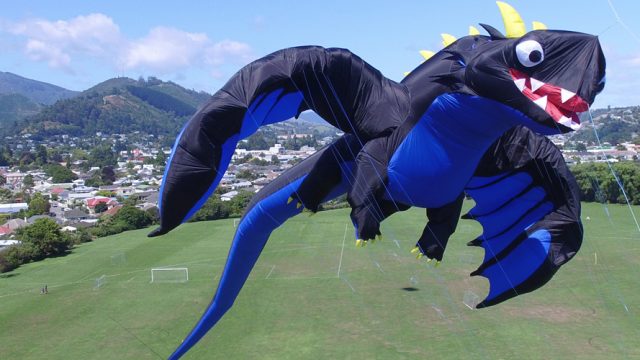