Dawn is breaking over the historic sun city of Jodhpur as I alight from the Mandor Express.

I have left behind a wintery capital and I am thrown almost overnight into the terrestrial warmth of the Thar. The rattle and hum of the chugging train ride soon transforms into an open-air jeep excursion as I shrug off my woollies and embrace the outdoors.

My itinerary for the day sparkles with rustic splendour. The Rajasthan I am here to experience is not that of kings, but that of commoners — it belongs to those colourful communities of the semi-arid desert, who constitute 85 per cent of the state’s population.

Twenty-five kilometres out of the city, Overlander India’s Ajit Rana, who has custom-made this itinerary, turns off the highway on to a sandy track through scrub and bush. His warning to avoid whiplash from the thorny African acacia bush falls on deaf ears as the raspy, guttural, ‘krrllaa-krrlla’ of a flock of Demoiselle cranes takes my glance skywards. Known locally as koonj, these graceful birds chart a long migratory route from their breeding grounds in Eurasia and Mongolia. A congregation awaits us along the banks of a large waterbody straddling a natural dip in the scrubland, and we jam the jeeps into the sand at one corner to just soak in the sighting.

This is not a desert of arid sand dunes, nor is this a hectic foray on a four-wheel drive. This tour, brief as it might be, is an off-roading venture on the fringes of the great Indian desert alive with scrub vegetation and vibrant communities that populate tiny hamlets or dhanis.

Our next halt is the tiny village of Kisan­pura, where headman Sohan Singh takes us to see mud-plastered, thatched-roof homes. Colour and warmth abound as a gaggle of young girls arrives to invite me into their home. Their mother, Kesu Bai, is busy making dal vadis (deliciously spiced lentil dumplings) as khichlas (wheat flour papads) dry on a cot nearby. One whiff of them and I remember my grandmother, a proficient maker of such snacks.

The tour keeps throwing up un­usual and interesting facts. Most of Rajasthan’s population is vegetarian, an anomaly for a region that supplies 50 per cent of India’s wool thanks to its abun­dant livestock. Not much grows by way of vegetables here, so they have become masters of a variety of preparations made with just lentil and grain. The Thar provides five types of berries and beans, which are dried for use in the winter.

The purdah system is vastly prevalent in Rajasthan, and women, especially those who are married, will rarely be seen without one, especially in the com­pany of elders or men they don’t know. Ajit busts the first of many myths for a group of New Zealanders partaking in his tour today. The purdah apparently originated when the Mughals invaded India — the beautiful women of Rajasthan donned the veil to escape unwarranted attention from plundering armies.

In another dhani (hamlet), a carpenter is busy making wooden toys, and a little ahead, the women of the raika (shepherds) community are plastering their homes with cow dung — an excellent repellant of mosquitoes and creepy-crawlies. Mud-plastered homes are also a far cooler option than modern brick and stone tenements in the 50-degree summers here, although they are more cumbersome to maintain.

We make our way to the vast, dry bed of the Looni River next. It’s hard to believe it actually flooded in the ’70s. All that can be found now are small reservoirs of rainwater where ducks and geese find cool solace. Visibly excited by the crane sighting, Bruce, who is sitting next to me, asks what I would like to see next, and my prompt wish for the black buck comes true just as quickly. Sometimes, wishes are horses and you ride on them!

The ungulate is graceful — its corkscrew horns form an elegant V, curving in a backward sweep from the head, and are marked by rings. Widespread hunting has put them on the endangered list, although here, in Bishnoi land, they enjoy safe trespass.

The Bishnoi are a community that lives by 29 strict rules of conduct (bish is 20 and noi is nine), including a ban on felling trees and killing animals. A certain Bollywood star rose to infamy for shooting a black buck in this very area. In 1730, Amrita Devi, a Bishnoi woman, laid down her life with several other people from her community, to stop the king’s men from felling kejri trees in their area. They can easily count among India’s first environmentalists.

Our next stop is for lunch at a well-to-do Pittal home. In fact, none of the hamlets we have visited are poor or backward in the least. Their clean homes, no-wastage-and-living-off-the-land practices, simple lifestyles, joyous smiles, and open-hearted hospitality, are a welcome breather for the urban cynic.

Hot bajra rotis laden with ghee are served to us with organic vegetable dishes from Ajit’s kitchen farm nearby. We hear young, 14-year-old Mamta is already mar­ried, though she will go to her husband’s home only after she is 16. Naturally, the topic of child brides comes up. We learn the custom owes its origin to the large expenses incurred when an elder died. Families would gather from near and far to mourn, and they would have to be fed and accommodated for days. On the 13th day after the passing, relatives of the be­reaved would have a raang odna (discard whites and wear colour) ceremony, when they would get the young daughters of the family married.

We also visit the beautiful haveli of a Brahmin math family, who protected Ajit Singh of Marwar from Aurangzeb’s armies, and gave him shelter for a whole year in the hills of Mt. Abu. In return, he gifted them vast tracts of land making them jagirdars (landholders).

We take part in a revered Raj­asthani traditions next — Amal Sabha — which celebrates friendship and brotherhood, sealed with the partak­ing of opium. Ajit clarifies that opium is commonly consumed in Rajasthan, and it’s little more than the addiction to ciga­rettes elsewhere. The opium nugget looks like a boiled sweet. It is one part opium and three parts molasses, which gives it a bittersweet taste. This is crushed and filtered through a special wooden vessel made especially for the purpose, the buying of which is also a ritualistic affair. Opium was used extensively for improv­ing energy and healing wounds in war. Peace treaties were also sealed with the exchange of opium to commemorate its use. The plant is grown in eastern Rajast­han for pharmaceutical use, and the little that finds its way into western Rajasthan is almost an acceptable norm because of the customs that precede it.

The filtered opiate is watered down and offered to guests on the palm of their hands. I slurp down several portions of the bittersweet liquid. After all, my edi­tor’s brief is to soak in as much as possible.

My eyes glaze over (I think) and I feel mellow, yet energetic. In one swift shot I race up the hill at the Overlander camp, our halt for the night, and soak in the sun­set. The solitary perch, the quietude, the endless stretches of bush and the rustic simplicity of the camp make me feel like I am somewhere in the heart of the African wilderness. A herd of chinkaras hops around the cliff to complete the feeling.

We chat the evening away as succu­lent chunks of chicken and fish do the rounds. Being a Rajput himself, Ajit has done his share of hunting, but he is now a diehard wildlife enthusiast. His tour is tailor-made to show tourists a slice of the Marwar region, and the absence of any affectation or fuss in the interaction with people has made it a heartwarming affair.

My train leaves that night and since this commoner also wants a slice of royalty, I set off to see Mehrangarh Fort. I cannot but resist the ziplining offered here by Flying Fox. I start from a fort wall and swing over six sections of line totalling a whopping 1.4 kilometres, always dangling at least a few hundred feet over the ground. With the fort as the backdrop, I go over deep sections lining the its walls, and serene water bodies like the Rani Kund. As the sun sets on this grand edifice and the mellow dusk fades away into the blue city below, my gaze drifts inwards, where the sweet-natured people of Rajasthan have left their imprint. It has been a fine homecoming for the prodigal, whose father rose from humble rural beginnings in this very state, many decades ago.

Getting there
The overnight Mandor Express from Delhi is the best way to get to Jodhpur, unless you want to splurge, and are willing to pay phenomenally high air fares. The Jodhpur Railway Station is a major, well-connected junction. Air India flies to Jodhpur airport from Delhi and Mumbai, as does Jet Airways (around Rs 19,000 for a round trip from Delhi, and Rs 23,000 from Mum­bai). October to March is the best time to visit.

What to see & do
Enjoy the immersive experience offered by Overlander India (half-day trips from Rs 5,000 per person, incl. lunch; full-day trips incl. meals and accommodation at Rs 18,000 for two people; +91-9811159571, overlanderindia.com). The trip starts at Kakani, 25km from Jodhpur; their camp lies 35km west of Jodhpur. Spend the next day exploring Jodhpur, walk the bylanes of the fabled Blue City and definitely try ziplining at the Mehrangarh Fort (Rs 1,799 per adult, online pre-booking at discounts of up to 25 per cent; flyingfox.asia). 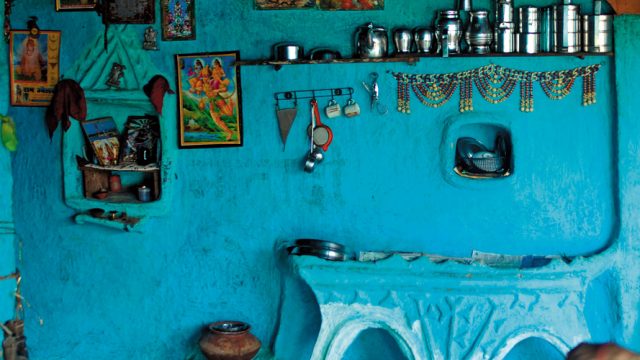