Tom Cruise may have climbed, rappelled and swung around Burj Khal­ifa in Ghost Protocol but I

wasn’t letting that deter me from dining calmly at At.mosphere, the 122nd floor restaurant in the world’s tallest building. Ushered past the quiet Armani Hotel reception by a graceful hostess to the express elevator, in 45 seconds, I was trans­ported 670 feet to the world’s highest res­taurant ‘from ground level’. The change in air pressure is so drastic, you’ll be popping more than the bubbly. A cantilevered stair­case connects the restaurant to the lounge with the best view in Dubai. Our mission impossible? A nine-course festive ‘taster’ menu of Oscietra caviar, Maison Soulard foie gras, Portugal Langouste, truffles, oysters and sea scallops. Ethan Hunt had sleepwalked onto the sets of Casino Royale with the memory of Jason Bourne. Thus stuffed, the only danger lay in rolling off while admiring the view.

Detail of Persian Court at the Ibn Batuta Shopping Mall

Two floors up, the world’s highest observation deck, At The Top, was recently voted ‘Best Attraction’ in the world. Burj Khalifa surpassed heavyweights like London Eye and Disney World’s Magic Kingdom. The viewing deck also came second to the Empire State Building in the ‘Best Observation Deck’ category and was also voted the ‘Most Romantic Attraction or Tour 2015’ alongside the Eiffel Tower. The fireworks display from the Burj Khalifa easily ranks among the world’s most spectacular year-end celebrations.

While Burj Khalifa offers a terrific bird’s- eye view, it is quite another thing to leave the stationary perch and see Dubai from the air, like a bird in flight. SeaWings, Dubai’s ultimate luxury excursion, took off from Dubai Creek for a 25-minute seaplane tour of the city, with 15 minutes of pure flying time. The 10-seater Cessna Caravan cruised along the coastline past landmarks like Port Rashid, Dubai’s old port that’s now a cruise terminal. It’s only from the air that the 300 man-made islets of The World Islands, us­ing sand dredged from the sea, can be seen in the shape of a world map. Most are still uninhabited, except the Sultan’s pleasure playground ‘Greenland’ and ‘Lebanon’, the only island in commercial use.

There was a collective gasp as the seaplane swooped towards the fronds of Palm Jumeirah. Nakheel Group’s flagship archipelago is Dubai’s most exclusive address with several mega hotels like Waldorf Astoria, Jumeirah Zabeel Saray and Atlantis. Shaped like an Arabic portal to another dimension, Atlantis featured extensively in Shah Rukh Khan’s heist flick Happy New Year, described by critics as ‘Ocean’s 11 written by baboons’. Indian cin­ema is huge here and the first Bollywood-themed park is set to open this October.

“That’s where I’m staying,” I pointed to Anantara’s unmistakeable orange gabled roof on the eastern crescent. Another gasp and envy, as we splashed down near Jebel Ali Golf Resort where my chauffer-driv­en Merc whisked me back to Anantara at Palm Jumeirah. The word Jumei­rah is derived from the Arabic jamilah, meaning ‘beautiful’. And it sure was! The blue waters of the Persian Gulf looked so inviting one could jump in. Fortunately, my lagoon villa provided the perfect opportunity to do so.

After a relaxing spa session in the Turkish ham­mam, I headed to Mekong, Dubai’s top Pan-Asian restaurant, where I was welcomed with miang kham, a tradi­tional Thai snack of roasted coconut shavings, chilli, ginger, garlic, shallots, peanuts, dried shrimps and raw mango, wrapped in a betel leaf. In the dimlit interior, I leafed through the menu—it came with its own clip-on torch. My steward Sunday (born on a Sunday in Myanmar) suggested that despite dining alone, I should try the ‘sharing platter’ of spring rolls, crab cakes, satay and chicken pandan. Sunday made my day.

Now I’m a big fan of eating local and purists may question the logic of eating Thai in Dubai! But with 200 nationali­ties making Dubai their home, there’s great diversity. Lebanese, Japanese, Turk­ish, Mexican, Egyptian, French, Italian, American diner, Australian Outback, you name it, they got it. There are other multi-cultural cities too, but Dubai is unique as expats comprise nearly 80% of its 2.45 million population. So whatever the cuisine, it’s top-notch.

As a city, Dubai believes in the best, the biggest and the tallest. After seducing immigrants with tax-free income and quality of life, it provides every avenue to make sure they spend it all. Over 50 shopping malls – Ibn Battuta Mall, Deira City Centre, Dubai Marina Mall, Burjuman Centre, Mall of the Emirates with its indoor ski slope and Egyptian-themed Wafi Mall—let you buy any brand or product in every variation possible. However, Dubai Mall took not just the cake, but the entire boulangerie.

It was as if someone went to God or Santa Claus and made the most impos­sible wish. “I want the largest and best mall in the world”. (Granted) “Er… with a Dancing Fountain and an Aquarium. And the world’s largest collection of sharks and rays. (Will 33,000 marine creatures do?) “Ya, but behind the world’s largest acrylic panel! And an Ice Rink, with intermittent snowfall like the real thing.” (Ok…) “Hang on, also a waterfall, across four floors.” (Anything else?) And a 155-million-year old dinosaur to round it off.” (It will have every goddamn thing!)

Spread over 13 million square feet (and still expanding), Emaar Group’s Dubai Mall also has its own indoor theme park SEGA Republic, the world’s largest sweet shop Candylicious, the largest shoe store in the world by Chalhoub, a 22-screen cineplex with 4-D, edutainment zone KidZania, a Gold Souk, Hamley’s from London, Bloomingdale’s from New York and Galeries Lafayette, their only store outside Paris. And a flight simulator for Emirates A-380, the largest aircraft in the world, because you always wanted to fly a plane, right? With over 1,200 stores, you can be here for a while.

Dubai wasn’t always like this. Its humble origins lay in a nondescript fishing village of makeshift dwellings, home to Bedouins who depended on pearling, dhow making and trade. Dubai lived in relative obscurity till the discovery of oil in 1966. Its present economy is run on real estate, gold, dia­monds and free-market capitalism. “Dubai, Do Buy, get it?”, my Sri Lankan guide Wick­eramasinghe cackled at his profound joke.

The best place for a sense of the old traditions is Dubai Museum, housed in the Al Fahidi Fort built in 1787, the oldest existing building in the city. The 20-seater abra (boat) ferries passengers across the creek from Bur Dubai to Deira, the old com­mercial quarter with its gold and spice souks.

By Day 3, I was ordering ‘Grilled tiger prawns a la Provençale with crispy olive polenta’, like I had polenta for lunch everyday back home. Google says polenta’s Hindi equivalent is ‘Makai ki khichdi’. Perhaps I wasn’t too far from the truth. “So what did you have in Dubai?” “Umm… khichdi”. Nah, polenta was fine. That’s the thing about fine dine—it makes anything sound good. Before being pre­sented with a flourish, every dish was pre­ceded by a one-minute introduction, as if it were nobility. When confronted by words like Moelleux and Cremeux that you might mispronounce, ask for recommendations and snootily confirm.

The sheer choice in Dubai is mind boggling—dine next to a ceiling-to-floor aquarium in the opulent Al Mahara restaurant at the 7-star Burj Al Arab or al fresco by Jumeirah Beach at Four Seasons’ SeaFu, dig into a whole seabass baked in salt crust at the Chef’s Table at La Serre or try Indian cuisine with a twist at Atul Kochhar’s Rang Mahal. After eight elaborate courses in Rang Mahal’s orange and black interiors dominated by massive temple pillars, we hankered for dessert and were frostily informed, “The chef is painting.” We wondered if this was indeed a tall tale in the world’s tallest hotel JW Mar­riott Marquis, when five min­utes later the Dessert Canvas of assorted Indian sweets was presented like Modern Art. “Is that Gouda?” “No that’s Gaudi”, went my imaginary conversation.

That’s Dubai for you, where dessert can be made into art and an oasis can be carved out of a desert. If Dutch comfort is ‘Thank god it’s not worse’, Dubai lies at the other end of that scale. ‘We know it’s great, but it will only get better.’

Getting There: There are several direct flights from India to Dubai International Airport (3-4 hrs). Emirates (emirates.com), the national carrier, boasts the world’s biggest fleets of Airbus A380s and Boeing 777s.

French cuisine by Michelin chef Jerome Lagarde, the Lounge at At.mosphere (+971-48883828, atmosphereburjkhalifa.com), Burj Khalifa has a minimum spend policy of AED 200 per person at lunch and AED 250 for dinner, with guaranteed window seating. The same seating privilege for lunch at the restaurant will set you back by AED 500.

For sheer opulence with gilded interiors and a giant aquarium, it has to be Al Mahara, Burj al Arab(+971-43017600, jumeirah. com). Try the sea bass with almond sauce, Maine lobster with seaweed butter or poached tsarkaya oysters in cucumber and apple broth.

What To See & Do: SeaWings Dubai (seawings.ae) offers a 40-min Dubai Silver Tour which takes off from Dubai Creek and costs AED 1695 per person. Heritage walking tours also available. At AED 3, Dubai Museum (dubaiculture.gov.ae) is a bargain for insights into Emirati culture and the history of Dubai in an old fort. Located on the ground floor of Dubai Mall, the 10-million litre Dubai Aquarium & Underwater Zoo (thedubaiaquarium. com) can be viewed from a distance for free, besides a range of experiences like cage snorkeling, and encounters with rays, otters and sharks for AED 100-200. 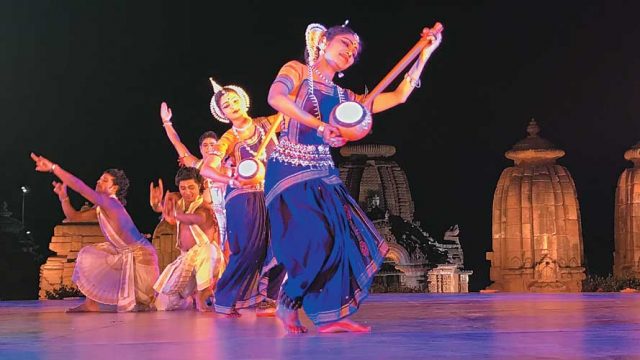 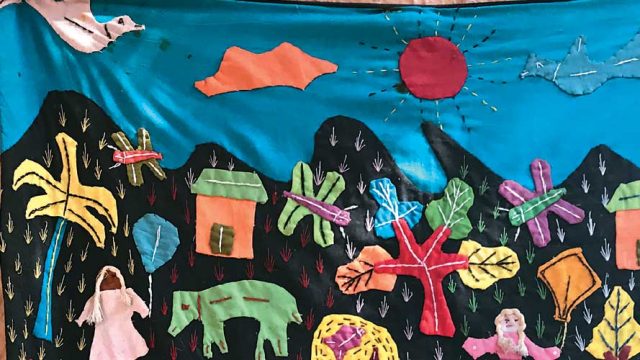 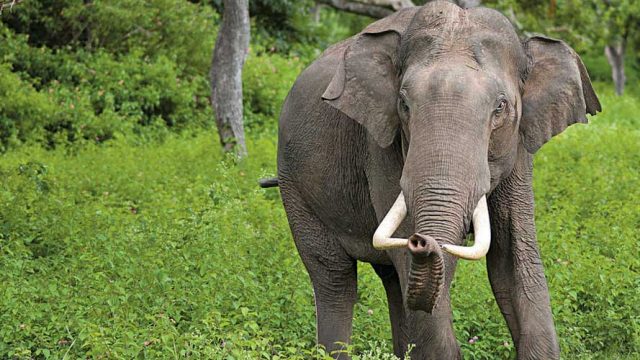