The mystery of Atlantis has confounded conspiracy theorists and scientists alike for centuries. A utopian island kingdom

that was destroyed in a single day by fire and earthquakes, as Plato would have us believe. While the islands have never been found, the Museo Atlántico, which opened on January 10 on the ocean floor off the coast of Lanzarote, Canary islands, seems right out of the Greek legend. The first underwater museum in Europe, it covers an area of around 2,500 sqm on the seabed and features the artwork of British artist Jason DeCaires Taylor, who has executed similar projects in Cancun, Mexico, and Molinière Bay, Grenada.
Jason DeCaires Taylor

A sculpture titled ‘The Raft of Lampedusa’ at the museum

Picture this—10 large-scale installations and 300 pHneutral sculptures, made of eco-friendly and non-corrosive marine cement, and installed 12 metres below sea level. Not only do they serve as a unique diving site but will also become an artificial reef for the local marine species in an area declared by Unesco as a Biosphere Reserve. The sculptures are based on local people and make social statements (one of them is of a couple taking a selfie). Visitors can witness the display up close by diving with certified companies or from the surface through glass-bottom boats. Snorkelling from €8; see cactlanzarote.com. 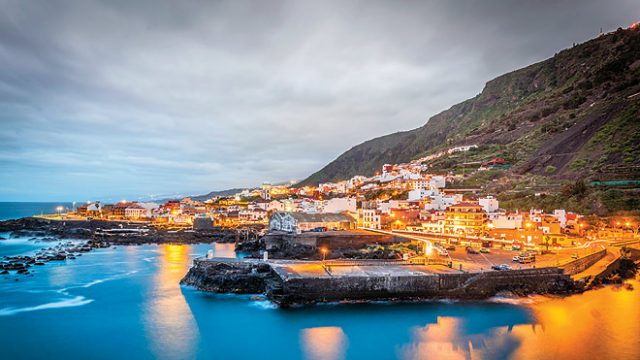