a host of stun­ning habitats, where visitors can sample the awesome delights of Can­ada’s wild heritage. You can go snorkel­ling among migrating salmon in Vancou­ver Island’s Campbell River or head out to the massive puffin colony at Witless Bay Ecological Reserve. One can even sign up for a visit to the tundra wastes of Labrador to witness the migration, from the south, of the of the barren ground caribou, with the black bears, wolves and elusive Arctic fox right behind them. What an awesome experience it is to see the gathering of over 3,000 be­luga whales that arrive each year at the Churchill River estuary in Manitoba, to feed and give birth to their babies.

Millions of wildlife and nature lovers, have, down the decades, been explor­ing the wild expanses of Alberta at the 1,641,027 acre Banff National Park, Canada’s first national park, designated in 1885. The beginnings of its potential as a secure habitat for its fabulous array of flora, fauna, avifauna and snow-capped mountains and gorgeous vistas, was kicked off by the unexpected discovery of a natural hot spring in the folds of the Canadian Rockies—and the creation of the 26 sq km Banff Hot Springs Reserve. The rest, as they say, is history. The rapid development of the town of Banff (Canada’s highest town at 4,540 feet) is largely attributed to the growing foot­falls of visitors to the pristine environs of the National Park who arrive here, not only to enjoy its fabulous setting and wildlife, but also for its alluring range of adventure activities. An intrinsic part of the Unesco-acclaimed Canadian Rocky Mountain World Heritage Site, Banff’s highest elevation is the 11,850 ft Mount Forbes. Its glacial lakes—Louise, Moraine, Bow, and Peyto—have become hubs of intense visitor attention. Visi­tors also throng the 16-mile long Banff Legacy Trail which showcases some of the most beautiful aspects of the park.

JASPER NATIONAL PARK
From March to June and again from September to November, visitor activity at the 2,774,500 acre Jasper National Park is intense. Home to God’s crea­tures great and small, Jasper with its multitude of grizzly and black bears, mountain caribou, moose and wolves is a magnet for the wildlife buff. It’s also the ancient stamping ground for the likes of marmots, pikas and Columbian ground squirrels, and a vast array of avifauna, including the bald eagle.

Sharing space with Banff National Park ,Jasper is part of the UNESCO-acclaimed Rocky Mountain World Heritage Site (and the largest NP in the Canadian Rockies), and a core part of the world’s largest national park sys­tem. Home to the world’s second largest glacier-fed lake, Maligne Lake (the best place for moose sightings along with Pochohantas Ponds), this National Park in Alberta was established in 1907. Each year its massive terrain easily accom­modates the stream of 2 million tourists visiting for its wildlife, the Columbia Icefields and pristine eco-systems—and the summer camping ( there are around 82 backcountry campsites), scenic drives, fishing, horseback riding and hiking. In winter, Marmot Basin is a huge draw for the skiing and snow­boarding community. Moose-viewing (by the Athabasca River) is best from August-September in the rutting sea­son. Straddling the Continental Divide, the Columbia Icefield is the source of at least eight important glaciers…of these the most spectacular is Athabasca.

Algonquin in all its autumnal glory

ALGONQUIN PROVINCIAL PARK
Looking for ‘big moose’ in the wilds of Canada? Head for the ancient forestlands of Ontario’s Algonquin Provincial Park with its assiduously protected lakes, rivers, bogs and glorious canopy of conifers. Canada’s oldest provincial park (estd. 1893), Algonquin offers the promise of over 5-10 sightings in a day of these beasts which gather here in multitudes… In the spring you might find moms and babies heading for the salt to be found (spread by the rangers to thaw the ice) by the park’s main road or ditches in this ample habitat. The park is Canada’s best hot-spot for moose-viewing, which can be done along the main road itself. Moose antlers can grow to over 3ft in length and 40lb in weight, each year, to replace the old ones. The park, which has 40 species of mammals, is also big on black bears and wolves (who are particularly vocal on August nights) and is home to 2,000 beaver ponds. If you’re here in April or in early May, do join locals in the annual spring rite of ‘ice-out’ when the ice cap on a lake disappears.

PACIFIC RIM NATIONAL PARK
This fabulous wilderness landscape in British Columbia—a truly wild and isolated outpost of mists and surf, ma­rine magic and lush rainforest—was the haunt of intrepid adventure buffs—un­daunted by its inhospitable landscape, treacherous access and lack of decent accommodation…but driven by the al­lure of its wild beauty. With the birth of the National Park in 1970, a lot of things changed. The 126,500 acre sprawl can be found on Vancouver Island, where today millions of visitors follow the Pacific Rim Highway to enjoy some of the most spectacular views of Canada’s beautiful Pacific Coast. Camping, fishing, surf­ing, whale viewing and whale festivals are just a few of its allurements. A huge favourite is Long Beach, an untamed coastal space running parallel to the lush emerald rainforest and far moun­tains, between the town of Tofino in the north and Ucluelet in the south—where visitors base themselves. In the ocean park area, the archipelago of the Broken Group Islands lies at the heart of Barkley Sound, east of Ucluelet; it’s a hotspot for kayaking. One can enjoy its labyrinthine environs only by boat. Hikers head for the 10,130-acre West Coast Trail—a gor­geous world of unspoilt rainforest and remarkable beauty, it’s open between May and late September each year.

WOOD BUFFALO NATIONAL PARK
Spread over 11,070,000 acres across the spectacular wilderness of Alberta and the Northwest Territories lies Canada’s largest national park. A Unesco World Heritage Site, the park is an important IUCN conservancy space and one of the last bastions of the world’s remaining and endangered free-roaming wood bison. Visitors arrive in droves to marvel over the world’s largest beaver dam. The southern reaches of the park are home to one the world’s largest in-land freshwa­ter deltas—the Peace-Athabasca Delta. 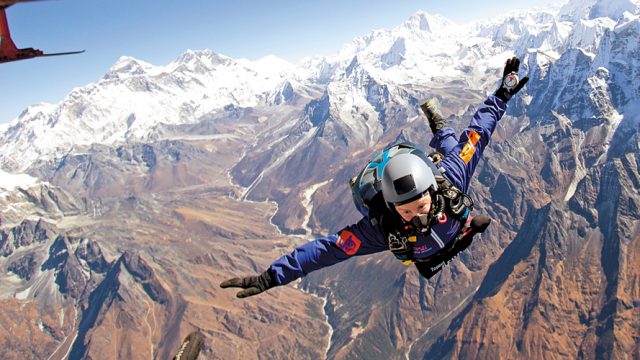 Are you up for jumping from a height of 23,000ft with the mighty Everest within your eyeshot? 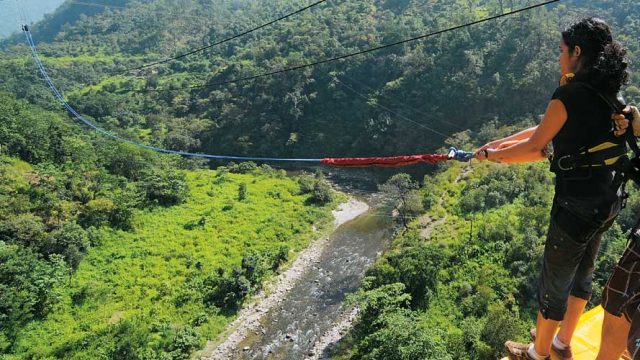 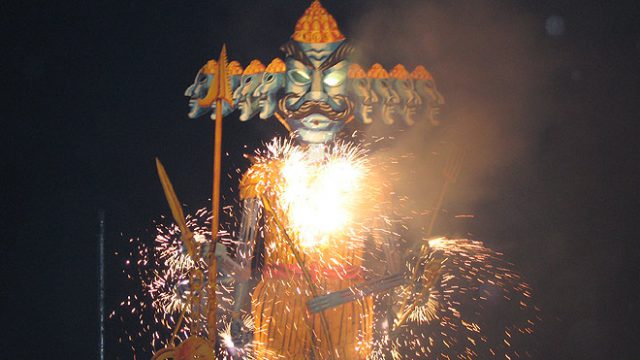 Combine adventure with spirituality at this festival held during Dussehra