The breakfast buffet spread at the Ah Meng restaurant in Sin­gapore Zoo is, of course, lavish,

but surely that alone couldn’t have accounted for the frisson of excitable energy that buzzed through the diners that morning. And it wasn’t just the chil­dren who appeared to have overdosed on a sugar-high energy drink; even the adults were all animatedly atwitter. Clearly, something mischievous was afoot…

And, sure enough, mischief soon came swinging down from the trees adjacent to the unwalled restaurant: it came in the form of a family of three Sumatran orangutans — father, mother and ador­able baby — their pale red fur glistening in the tropical sunlight. A hush descended on the gathering as the simian visi­tors perched themselves on a wooden platform right alongside the diners and began tucking into their own breakfast, provided by the zookeepers. From time to time, the peaceable family would look up from its repast to figure out what the fuss was about, for by then a mini-eruption had broken out among the other diners. Cameras were being whipped out, an orderly scrum of visitors was lining up to pose with the apes, and even the delicious prandial offerings remained unheeded.

The eminently popular (and award-winning) ‘Jungle Breakfast with Wildlife’ package at Singapore Zoo, at which zoo patrons break bread with the resident orang utans, goes to the core of the pioneering philosophy that underlies the zoo’s founding some 40 years ago: that birds and beasts were meant to roam or fly free in their natural habitats without being corralled into cages.

That ‘open zoo’ outlook manifests itself every step of the way at each of the four wildlife parks and experiences man­aged by Wildlife Reserves Singapore: the Singapore Zoo, the Jurong Bird Park, the River Safari (which opened earlier this year), and the Night Safari.

For the millions of visitors from all over the world who flock to these parks every year, this, of course, translates into a more wholesome and hands-on wildlife experience: in the three days that I roamed free here, I had joyful up-close-and-personal encounters with several animal and bird species. I even fed the white rhinos (which were as big as battle tanks, but with the outward placidity of Zen monks), the giraffes, the elephants, and the lories (which clambered all over me, their pokey claws reducing me to a giggly mass as they fed off the nectar mix I was proffering them).

A heightened visitor experience ought, of course, to be satisfying in itself for the parks’ managers, but they are constantly looking to reinvent the parks every few years, with the focus on edu­cating visitors and inculcating the mes­sage of conservation among them. For instance, as part of the effort to transform the zoo into a ‘Learning Zoo’, authori­ties organise, among other things, night camps for school children: kids get to spend a night at the zoo, get acquainted with the nocturnal habits of animals, watch enthralling animal shows — and even learn to sort trash from a squirrel!

The Night Safari experience, the world’s first such, makes for a wild night out — although not in the way patrons of Singapore’s Clark Quay entertainment district know it. A night at the zoo isn’t, as WRS CEO Lee Meng Tat emphasised, the same as the “daytime zoo with the lights switched off.” What you see is a whole new world of fauna and birdlife in subtle moonglow lighting and in their natural habitat. A 35-minute tram ride takes you through seven geographic regions, from the Himalayan foothills to the jungles of Southeast Asia; an additional four walking trails let you get close to and observe some endangered species such as the pangolin and the clouded leopard. All I can say is that the majesty of the Asiatic lion and the white tiger as they pace their turf is ampli­fied many times over when you see them in the open in a dim light at night.

The newly opened River Safari is billed as Asia’s first and only river-themed wildlife park. It offers a curated experi­ence of the world’s iconic river systems, from the Amazon to the Mekong to the Ganga to the Yangtze to the Nile to the Congo to the Mississippi, and breath­taking views of underwater forests and their wildlife inhabitants. You could spend hours watching the giant river otters from an underwater tunnel as they dive and swoosh around with infectious friskiness of spirit.

The Jurong Bird Park is Asia’s largest, but it isn’t just its size or the number of birds (over 5,000 from over 380 spe­cies) it houses that renders it an awe­some experience. It’s the openness that characterises these spaces, allowing visitors to feed the birds — as I did at the world’s largest walk-in lory aviary — and otherwise engage with them, in the bird shows where the avian residents fluff their plumage — and strut their agility and intelligence too.

Watching all those birds and beasts as they savour their freedom and the loving attention of zookeepers and visitors, and in turn give great joy all around, puts you in mind of the Sufi poet Rumi. “Why,” he wondered, “do you stay in prison when the doors are unlocked?”

Perhaps because when you have all the freedom in the world in your natural ecosystem, it isn’t a prison at all, merely a comforting haven.

Getting there
I flew Delhi-Singapore on Jet Airways for the convenient timings. Most global airlines offer services from Indian metros to Singapore. Round trip fares start at Rs 25,000.

Where to stay
I stayed at Ibis Singapore No­vena (ibis.com/ibishotel), where double-rooms start at $105 a night plus VAT. The Singapore Tourism Board website (accommodation.yoursingapore.com) lists hotel options across a range of budgets. 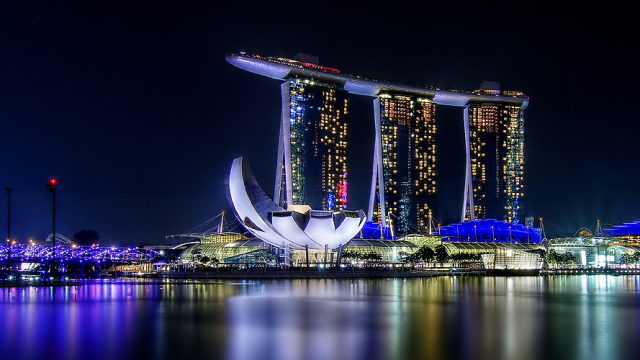 This city state packs in a lot for the avid traveller, despite its size 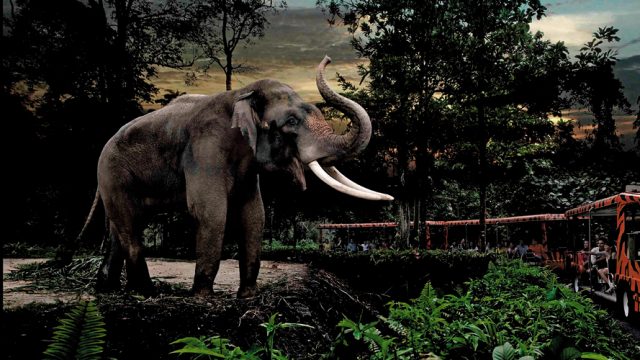