To explore some more of the Bahmani Kingdom, take NH 218 to Homnabad and then SH 19

to Bidar, 114 km (3 hrs) north-east of Gulbarga. Bidar was the erstwhile abode of Vidura, the wise minister of the Mahabharata. It was known in ancient times as Viduranagar. Bidar became home to the Bahmani kings only in 1429, when Ahmed Shah I made it his capital and named it Ahmedabad Bidar.

It remained with the Bahmani dynasty only till 1527 after which it passed into the hands of local Deccani chiefs, the Barid Shahis. Later, Aurangzeb and the Nizams were to rule it.

Most of Bidar’s monuments date back to the Bahmani dynasty. Ahmad Shah I strengthened the citadel at Bidar on the foundations of an ancient fort whose origins are lost in time. The fort stands on a high bluff with a steep drop. The walls snake around fora distance of 10 km, with strategically placed bastions and towers, perfect for a commanding view. Look through the graceful, albeit ruined, arches of the Diwan-i-Am and the Diwan-i-Khas, or from the top of the Solah Khamba Mosque.

Inside stands a huge old banyan tree and by its side is the once fabulous Rangeen Mahal. Built by Mahmud Shah in 1487, this is a graceful complex comprising cisterns, tanks and underground rooms to beat the heat. Inside, in one enclosure, the carvings are inlaid with mother-of-pearl.

The museum to its right is small but well maintained. It once was the hamam  or bathhouse. It contains interesting souvenirs from earlier Hindu dynasties. See the huge fort locks that have survived the test of time. Entry Free Timings 9 am-5 pm Still camera Free

But the piece de resistance is the magnificent Solah Khamba Mosque nearby. With the ruins of the Tarkash Mahal on one side, this restored mosque set amidst gardens is beautiful. It is so called because of the 16 pillars at the centre of its prayer hall. Built in 1423, it was restored by Aurangazeb.

Walk out of the Solah Khamba area. See the Diwan-i-Am. Check out its huge rooms with their wide arches, overlooking the villages below.

Mohammad Gawan’s Madrasa
Almost at the centre of Bidar’s Old Town stand distinguished buildings bearing testimony to the genius and eclecticism of Mohammad Gawan. A linguist and a mathematician, he hired scientists, philosophers and theologists to create a religious school. His library had 3,000 manuscripts.

The building, started in 1472, reflects the dreams of the man who first came to Delhi as a trader from Gilan, Iran. He arrived in Bidar in 1453 and rose to become one of the most trusted governors of the Bahmani dynasty. But soon jealousy reared its ugly head and he was executed as a traitor by Muhammad Shah Bahmani in 1481.

The madrasa is three-storeyed, with a minaret, a mosque, laboratories, lecture halls and students’ cells. It overlooks an immense courtyard. There are arches on every side giving a lovely appearance to the façade.

A very old town
Almost at the centre of the Old Town is the chaubara. This could have been a fortified watchtower. To the west, stands the Khanquah of Hazrat Nur Samnam, on Siddiq Talim Road. Khanquahs are Muslim monasteries probably established by the Bahmani kings to provide prayer rooms and accommodation to religious men, mystics and seers invited to Bidar. There are many such in Bidar, testifying to its popularity as a religious learning centre.

To the south of the chaubara, is the Jami Masjid. The mosque is out of bounds for women, but a glimpse through the barred gate reveals the handsome structure. Outside the city is the Guru Nanak Jhira Sahib Gurudwara, where Guru Nanak is said to have stayed for a while.

Chaukhandi
About 5 km from the centre of the town lies a small village called Ashtur. Visit it for the octagonal mausoleum called Chaukhandi, said to be the tomb of Hazrat Khalil Ullah, the saint advisor to Allauddin II. Look out for the decoration on its arches and walls. Inside is the saint’s tomb and other graves, covered with green satin.

Tombs of the later Bahmanis
The impressive nine-tomb complex of the later Bahmani kings is further down the road at Ashtur. It’s best seen at sunset when it’s bathed in a gentle golden glow. Don’t miss the majestic tomb of Humayun the Cruel, scarred by lightning.

Barid Shahi tombs
The tombs for the potentates who succeeded the Bahmanis lie in a magnificent, spatial necropolis that spills over both sides of Udgir Road. The most beautiful is that of Quasim Barid, the man responsible for inciting Muhammad Shah Bahmani to execute Mohammad Gawan. Visit the somewhat melancholic tomb of Ali Barid Shah, who is interned with his 68 concubines, reputedly from various parts of the world. 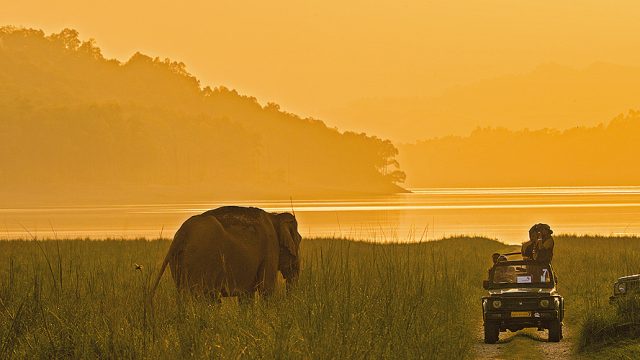