I will never forget my first taste of ceviche. Before I could dig into Peru’s flagship dish,

my guide Pablo cried, “Wait! Mix it with a spoon. Taste it slowly.” Misty-eyed,his voice dropped to a whisper, “Ceviche classico is a dish that must be savoured. Taste the freshness of sole fish, softness of cooked cancha (corn kernels), crunchiness of fried corn and onions, sweetness of the orange sweet potato, creamy lime-y taste of leche detigre (tiger’s milk) and Peru’s famous amarillo chilli or yellow peppers.” It is evident Peruvians are passionate about food. Entranced, I swirled the colourful ingredients together and scooped it into my mouth. A burst of different textures and flavours exploded within. Ceviche clearly has the potential to become the next sushi. Peru has even declared June 28th as National Ceviche Day!
Getty Images

Calamari and shrimp ceviche with mint

I landed in capital city Lima, ‘the gastronomic capital of the Americas’ and host to Mistura, the annual food festival in Oct–Nov (this year was the tenth edition) which draws gourmands from across the world. From there on, I practically ate my way through Ica and Cusco, praying that a trek to Machu Pichhu would work it off.

Vibrant and fiery chillies are integral to Peruvian cuisine

Three signature ingredients are recurrent in Peru—papas (potatoes), cancha (corn) and aji (chilli), which come in various avatars and form the backbone of Peruvian cuisine. You will be blown by the sheer variety in sizes, shapes and colours—red, yellow, purple, orange, brown, black, pink… round, long, oval, plump, thin… it’s practically a rainbow in the pantry. While agriculture has been the mainstay since pre-Incan times, the Incas elevated it to a science with their larger-than-life field experiments and open laboratories of microclimate terrace farming at Moray, near the ancient Maras salt mines that whiten the entire mountainside.

A large variety of maize cobs, or corn, displayed at Pisac market during the busy weekly Sunday market

According to legend, when the mythical founders of the Inca empire, Manco Capac and Mama Ocllo, emerged from the waters of Lake Titicaca, the first thing the god Wiracocha taught them was how to sow potatoes. Potatoes became not just a crucial food item but their very identity. “Soy mas Peruano quela papa” meaning “I’m more Peruvian than a potato!” is a popular saying in the Quechua culture which exalts the iconic tuber. They have nearly (breathe deep) 3,800 types of potatoes and have been growing them for nearly four millennia. Can you blame them for being finicky about which potato goes into which dish? One variety, the yana piña, is full of knots. Cheeky mothers test the efficiency of new brides by telling them to peel it, hence its nickname ‘mother-in-law potato’ or ‘weeping bride’!

Another extraordinary Quechua dish, causa peruana is a delicious yellow potato mash cake, layered with vegetables, mayonaisse, aji amarillo (golden yellow chilli), avocado and hardboiled egg topped with Peruvian botija olives. The non-veg version comes with tuna, egg, crab, chicken or shrimp. Interestingly, causa is linked to the very history of Peru as the dish was born on the streets of Lima. Folklore has it that sometime in the 1800s, the wives of soldiers fighting for Peruvian independence would prepare and sell this potato dish as a fundraiser for the ‘cause’ of independence. Others believe the word causa is derived from the Quechua word ‘kausay’ meaning ‘sustenance of life’, since the potato was the life-blood of ancient Peruvians.

Corn or maize too is sacred to Peruvians. They grow over 60 varieties that can be cooked, fried, salted or mashed… from steamed and stuffed dumplings called tamale wrapped in corn husk to delicious desserts like mazza mora made with purple corn or traditional drinks like chicha. Chicha morada is a non-alcoholic drink made with purple corn, while the fermented alcoholic version chicha de jora is made with yellow corn. In the Urubamba region and Sacred Valley, local chicherias (local pubs) often announce their presence with a pole bearing a red flag. While villagers quaff chicha de jora like juice, to the unaccustomed, just a glass of this golden corn beer will get you tipsy.

While on potions, one drink all Peruvians rave about is pisco—a colourless to pale yellow drink made by distilling fermented grape juice to a potent brandy. Contrary to Chile’s claims and a debate that’s been raging for over 400 years, pisco was born in Peru in the 16th century. It was probably named after the town of Pisco, an old port on the Peruvian coast, though pisco is also Quechua for ‘bird’. The famous pisco sour, a classic South American cocktail that originated in Lima, is Peru’s national drink made with pisco, egg white, lime juice, simple syrup and Angostura bitters. They even had a remedy if you drank too much. Adobo, tagged as the perfect hangover meal, is a wholesome soup of pork chops simmered with onions, rocoto, purple corn, garlic and Peruvian spices!

Another delicious speciality is alpaca. The animal looks a lot like a llama, but is smaller and has a softer coat. I tried not to think of the cute alpacas I petted at Urubamba and Chinchero’s Urpi weaving centre when I placed my order. Alpacas were a domesticated species of camelids central to the Quechua lifestyle. Bred mainly for their fleece and pelt which women wove into luxuriously soft woollens, alpacas are also often culled for meat. Alpaca red meat is tender, lean, low in cholestrol and high in protein, tasting like a sweeter version of venison or goat.

Every visitor is impressed by the manner in which food is served in Peru. It’s as much presentation as prepartion. Chef Gaston Acurio’s restaurant Chicha has a tasting menu that will blow you away with its flavours, textures and exquisite plating style—tartar de alpaca with a mushroom vinaigrette, lechon crocante (crunchy piglet) swimming in its own juices served with potato and apples, soft lamb pita with muna (Andean mint), cucumber yoghurt and candied sacha, ceviche de valley with trout tarwi artichokes… it didn’t stop.

Nothing’s better than discovering the tastes of Peru in an atmospheric place, like the restaurant at the historic archaeological complex of Huaca Pucllana, overlooking the magnificent 15-acre pre-Inca ruins or the creeper-riddled Museo Larco Café in Lima. Here, I tried tres leche, literally ‘three milks cake’—a typical Peruvian dessert of sponge cake soaked in condensed milk, reduced milk and heavy cream besides a golden mousse de lucuma made from the exotic buttery fruit.

At the high-end restaurant Senzo at the Palacio Nazrenas hotel, set in the inner courtyard of a heritage monastery complex in Cusco, the colonial ambience adds to the magic. I savoured cuy (guinea pig) as part of a five-course tasting menu and could see why it was reserved for special occassions. At Cathedral Basilica, Marcos Zapata’s gigantic 1753 painting depicts The Last Supper with the cuy as the main course on the long table!

MAP Café, a courtyard restaurant in the Pre-Columbian Art Museum in Cusco, serves Peruvian food with French and Italian touches. Quechua men knitted traditional woolen caps as the steward wowed us with capchi de setas, a soup of Andean setas, mushrooms, fava beans and pariah cheese. It came veiled with a sheet of dough that was dramatically opened! This was followed by delicious pork leg, slow cooked for 12 hours in Cusconean adobo sauce, resting on a soft bed of sweet potato mousselline l’orange.

On the Hiram Bingham train to Machu Pichhu

In the streets, we encountered smiling vendors with packets of fried corn, yucca chips and coca leaves or trays of churros, a delicious fried dough stick that can be eaten plain or with a filling of chocolate or dulce de leche. Food is so integral to Peruvian life that it infuses their slang with phrases related to fruits or food. Christina Maria, our Peruvian companion giggled and said, “A handsome hunk is called ‘churro’. When a girl is skinny we have a phrase that means ‘put some extra potato in her soup’!” For a glimpse into what locals eat, wander around the San Pedro Market in Cusco. Be warned, it’s not for the faint-hearted. Alongside crafts, apparel and souvenirs, you will encounter a mind-numbing assortment of breads bigger than your head, jug-sized servings of fresh-pressed juices, speckled quail eggs, various animal heads, pickled snakes and roasted guinea pigs stacked in buckets!

Chef Uriel Alfares, from Gaston Acurio’s Chicha restaurant in Cusco, attributes the universal appeal of Peruvian cuisine to the unique spices, produce and the fact that chefs are increasingly experimenting with indigenous products and traditional dishes and techniques. This boutique restaurant can seat only 22 people at a time, yet sees over 300 people streaming through the day! “The exciting thing is the freedom to do fusion cuisine with ingredients from other countries like India and Spain. We have the produce, the passion, the instruments and tools,” confessed Chef Uriel.

Each region in Peru has something special to offer. Chef Uriel elaborated, “In Cusco, lima beans salad and adobo are popular. In Lima, it’s ceviche, suspiros and picarones, a special kind of doughnut made with sweet potato, a Moorish influence. In Arequipa, it is rocoto relena and pastel de papa. Mazza mora is made of chicha, or maize with cinnamon, pineapple and sweet potato flour—mazza indicates ‘dough’ and mora denotes the Moors from Spain. There is a lot of Spanish influence in traditional Andean dishes.” Traditionally, the Incas didn’t know about oil and only boiled their foods; frying as a cooking technique was introduced by the Spanish.

Peruvian cuisine is a mirror of its rich ethnic mix—native Indians like the Quechua, Spanish conquistadores, Moorish cooks who came on ships, African slaves, Chinese indentured workers and Japanese immigrants who arrived in the 20th century; all have put their stamp on Peru’s food. At Maido, Chef Mitsuharu Tsumara’s speciality Nikkei cuisine fuses local Peruvian with Japanese food created by Japanese immigrants. Most of them arrived in the1900s to work on sugarcane farms. Even the Chinese integrated into Peruvian society and contributed to the popular chifa culture. Our guide laughed saying, “You’ll find a chifa restaurant in every corner of my village!” Lomo saltado montado is the perfect example of Peru’s rich fusion cuisine. Traditionally a chifa dish, served with a heap of white rice, fried egg and fries, it was beef saltado (stir-fried in a wok), a technique introduced by the Chinese.

Peru has doggedly promoted culinary tourism for the last 15 years by participating in food fairs and festivals. According to Christina Maria, “Food is not only food… it is an entire food chain critical to the Peruvian economy—producers, farmers, the market, the produce. Before the 1980s, quinoa was what we fed to chickens! Now people are aware of its nutritional value and it’s everywhere… We always knew our food was great. Today, we’re just showcasing it better to the world. About 20 per cent of people coming to Peru are culinary tourists… they come only to eat!”I think I just increased the percentage and my waistline a bit.

Getting There
International airlines like Air France and British Airways operate regularly to Peru’s capital Lima via Paris, Amsterdam, London, Madrid and Miami. Paracas is a 4hr drive (261km) south of Lima along the Pan-American Highway. It is 22km south of Pisco. There are over 35 daily flights from Lima to Cusco (approx. 1hr 20min) operated by Peruvian Airlines, LATAM, Avianca, LC Peru.

Where to Stay
LIMA
La Hacienda Milaflores(From US$140 doubles; hoteleslahacienda.com) 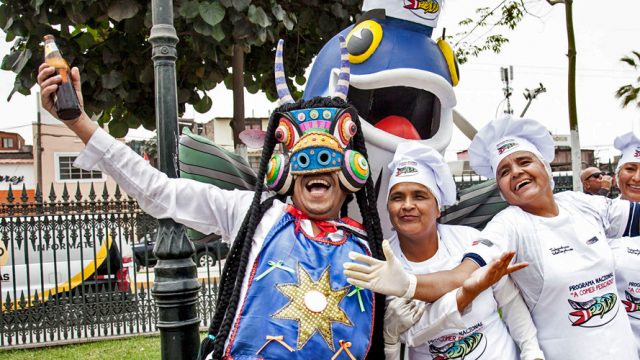 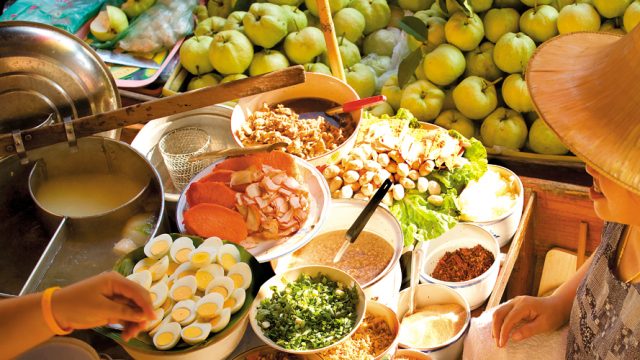 From streetside chaats to game meats, here are some amazing foodie adventures 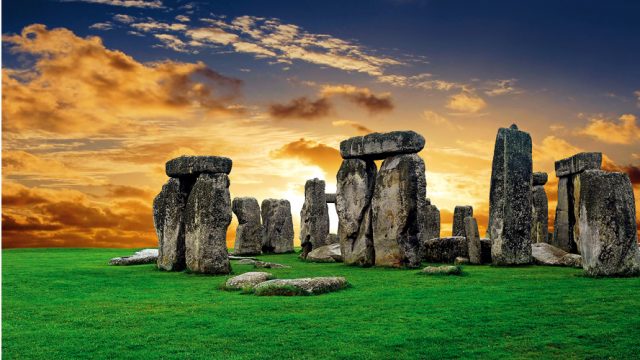