Barri Gothic, or the Gothic Quarter of Barcelona, can be the setting for any noir film your

imagination can dream up. As I walked down a narrow cobbled lane on a chilly December night, I couldn’t help thinking that a trench coat and fedora would have been more appropriate than my jacket and muffler. A lit cheroot would also have been suitable. Along with a steely gaze and gravelly voice. And a double-crossing femme fatale with a Beretta.

A low growl from my belly hauled me back to the present. I had lost track of time photographing the nooks and corners of Barri Gothic. It was only when I heard shutters being downed that I swiftly headed towards an eatery near my apartment. It was small but served delicious fare at prices that didn’t make my eyes water. But I arrived only in time to say buenas noches to the owner who had just finished padlocking the café. He directed me to a square where I was certain to find some restaurants open.

A dish of paella

I found myself at a brightly lit plaza that wore the demeanour of a wealthy man who knows that recession or not, he’d always be in business. Only one restaurant was open. And it looked like it had a Michelin-star or two. Members of the swish set were enjoying their tapas and wine. A lady in red was plunking at a piano in a desultory manner while smiling brightly at no one in particular. I risked a glance at the menu displayed helpfully on a wooden stand: a meal here would blow a hole the size of Barcelona in my travel budget.

I then hurtled down an alleyway inhabited by caterwauling cats and mysterious shadows. I was a bit desperate now. It was then that I spotted Felip standing below a neon sign that declared it to be a cafeteria. Before I could ask whether it was open, Felip bowed, clicked his heels and threw the door open. But not before he cast a glance up and down the street. It was mildly thrilling. I might have been meeting a key witness who would likely have died before the evening was over because he had the poisoned rabbit stew that was meant for me.

Dapper Felip looked like he had also just finished casting for a period film. He fixed a goggling eye and a twitching eyebrow on me and recommended the house speciality: paella, the one dish that everybody knows is Spanish.

“I had paella for lunch. Can you recommend something else?” I asked, mindful of ‘beggars and choosers’.
“You haven’t had my paella,” Felip declared haughtily, “It’s the best paella in the entire Catalan region.”
“Is Catalan paella different from Spanish paella?”

Felip looked like he’d had an appendectomy without anaesthesia. His voice almost trembled as he said, “Catalans are not Spanish. We have our own language, culture and cuisine. We were arm-twisted to become a part of Spain. But soon we’ll be independent. Madrid is nothing compared to Barcelona.” Felip went on for at least 10 minutes on how Catalans were more enterprising, hardworking and successful than the Spanish. He ended with, “I am a proud Catalan and I’d like very much to serve you our special Catalan paella.”

I was too hungry to discuss this further. I weakly nodded consent. Felip clicked his heels and marched off. I finally got a chance to look around. Despite the humble signage outside, the place was quite large. And empty. There was not even a waiter in sight. Then I heard a woman’s voice. A matronly woman appeared holding a plate of grilled potatoes and another with shrunken eggs (I learnt later that they were quails’ eggs).

“Tapas,” she smiled. Tapas or appetisers are a staple of Spanish/Catalan cuisine. They could be cold or hot and range from fried chorizo, seafood, quails’ eggs to mixed cheese and olives. I started wolfing them down. The potato cubes had enough salt in them to rival the Dead Sea. The woman decided that she had exhausted her social manners for the day by saying “tapas” and smiling and retreated to a corner to watch TV.

Felip returned. He waved at some imaginary diners, stumbled against a chair and somehow regained his balance before his nose harpooned a quail egg. But he gathered himself together and announced that the special paella would be served now. He cast a glance at the woman who was obviously thirsty. She was downing copious amounts of the house sangria. Felip clicked his heels and again marched off.

The Catalan paella was good. Hearty. No complaints, except that I found four mussel shells but only two morsels of mussel meat. But was it the best paella I had ever had? Hard to say, considering I had eaten paella exactly thrice before. Felip, however, was having none of that ambivalence. He kept repeating, “Best paella, no? Catalan paella.” I nodded vigorously.

The talk show had changed to a news programme. An anchor was laughing hysterically. As I scooped up the last of the paella, Felip presented the bill with a flourish. I winced. But then I reasoned with myself. This was no ordinary dish. It was the best paella in all of Spain. A bargain, really 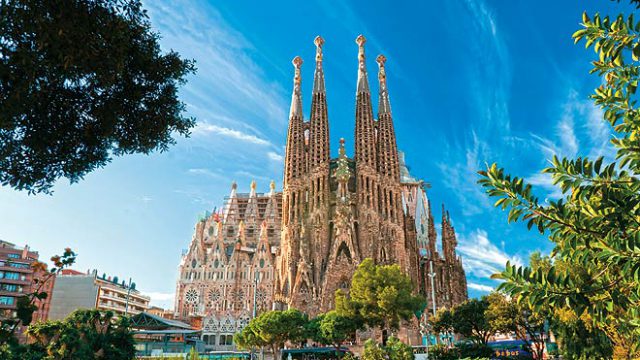 Spain: Day and Night in Barcelona

The city of stunning architecture, Barcelona is Gaudi–s living masterpiece 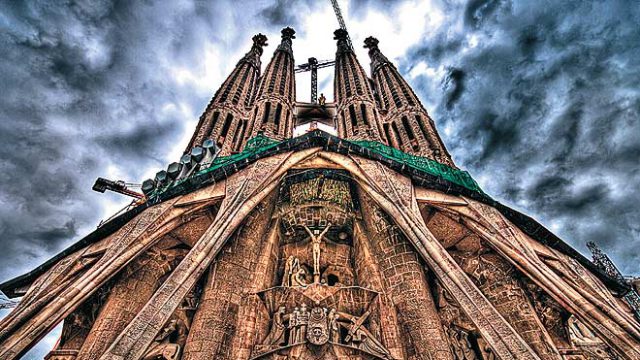 The iconic symbol of Catalonian aesthetics, the Sagrada FamÃ­lia, is set to be completed on the 100th death anniversary of its original architect, Antoni Gaudi 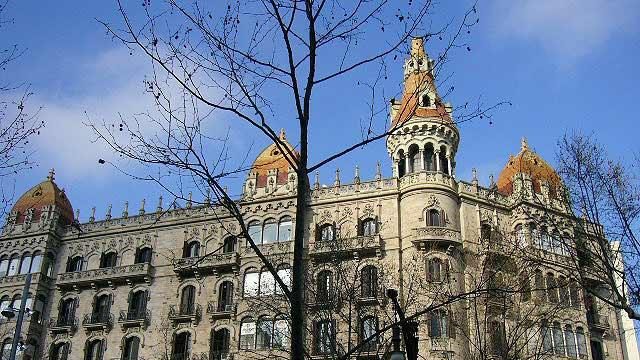 The capital of Catalonia, in Spain, enchants with its sheer gorgeousness and GaudÃ­ architecture