in my mind.  While Kolkata’s KC Das declared to have discovered these syrupy balls of goodness, Odisha was firm in its stance that the sweetmeat had been part of ritual offerings at Puri’s Jagannath Temple for centuries. The geographical indication or ‘GI Tag’ was the keyword of the hour: an intellectual property right safeguarding creation and sale of reputed products birthed from a region’s distinct geography and cultural heritage. While many headlines declared Bengal’s triumph, the reality was that roshogolla is a ubiquitous entity. West Bengal had won the certification for ‘Banglar Rosogolla’–notice the prefix, which Odisha had never contested.

Much like the above, India’s GI registry has a selection of items that fiercely arrest culinary imagination, often emblematic of a place or community. While we cannot possibly list all 97 registered edibles of Indian origin (as of October 2017), you might find some of these items familiar.

The Mysore betel leaf is widely found in Karnataka
Shutterstock

The Mysore Betel Leaf is prized for its heart-shaped leaves, smooth texture and hot flavour—perhaps a great example of terroir. A term usually reserved for wine-making, it refers to the specific set of environmental factors that lend a food product its unique taste. And according to the Karnataka government, it’s the combination of black clay soil with moderate rainfall that does the trick. Grow it anywhere else, and you get an unpleasantly rough and pungent outcome.

About 600 million people worldwide consume neatly wrapped betel quids in their varying forms. No surprise there—every Indian knows someone with a carefully curated paan ka dabba. While the stuffing itself might not be good for you, the humble leaf is packed with calcium, vitamin C, and B-group vitamins. And though paan is a common denominator in marriages, religious functions and formal invitations, the ancients regarded it with an almost divine position:

“…a kindler of the fire of desire – it adorns the speech of women, causes pleasure, and eliminates grief…Such qualities are rarely encountered, even in dreams!”-Bhojanakutūhalam (Curiosities about Food, 17th century)

Mysore ‘chigurele’, as it is known in the area, has been traditionally used as ink, stimulant, laxative and contraceptive (amongst other things) and has held pride of place in cultivation within villages and palace gardens since the time of the Wodeyar Maharajas of Mysore.

Cashew feni is most popular in Goa
Shutterstock

According to the Government of Goa, if you empty a bottle of this colourless liquor into a glass, the resultant froth is called “fen” in the local Konkani language—hence, the name.

Portuguese sailors had introduced cashew trees in the 1500s to check coastal erosion in Goa, but the ripened fruit’s juice soon came to be crushed and distilled, ready for drinking and medicinal use. Feni has been used against diarrhoea, colds and cramps, fresh wounds and cuts, and even toothaches. A rarer variation without a GI-tag, made from toddy palms, is also available.

With an astringent smell and powerful fruity flavour, cashew feni held country liquor status, sold only in Goa and the nearby Union Territory of Daman. However, the Goa Excise Duty (Amendment) Bill 2016 removed the tag to classify feni as the ‘heritage spirit of Goa’ in an attempt to bring it on par with foreign liquors such as champagne and Scotch whiskey. Increasingly a part of mixologists’ repertoire, exports are popular in the US and Europe, where feni is enjoyed in martinis, mojitos and assorted cocktails. However, due to its potency and lack of brand value, it is mostly native Goans who choose feni on the regular.

You must taste the Tirupati laddu when in Andhra Pradesh
Shutterstock

Your average laddu pales in comparison to the one served at the Sri Venkateswara temple in Tirumalai, Tirupati. About 3 lakh of these decadent orbs are hand-shaped by Potu (kitchen) workers daily, with indulgent ingredients like cashew, raisin and cardamom embedded in ghee-rich besan. Cooks must prescribe to a specific Dittam (list of ingredients and proportions) that’s only been changed six times in history; and while other prasadam such as appams and tamarind rice are available, pilgrims seem to find the symbolic connection between the sacred and the mortal best captured within this laddu.

The coveted sweetmeat is one of the main sources of revenue at the temple. The GI-tag thus plays an integral role in the circuitry of the Tirumala Tirupati Devasthanams Trust, preventing sweet-shops, hawkers and black-marketers from exploiting a revered brand name.

‘Monsooning’ is an extraordinary process unique to the Malabar coast, with accidental beginnings. During the British Raj, ships sailing to Europe around the Cape of Good Hope would see packed coffee lose its original colour and flavour, courtesy the ambient moisture in a wooden cargo hold. Over four to six months, the beans would take on a pale, straw-like colour and mustier flavour profile, vastly different from the original bags that had set sail. Surprisingly, European customers seemed to prefer this aged brew that was monotoned, pungent and heavy-bodied.

From then on, cultivators devised a more controlled simulation for ‘monsooning’—spreading out high-grade beans in well-ventilated, cement-floored warehouses. The coffee is exposed to rain-bearing winds from the Arabian Sea that lash against the Western Ghats between June to September: it triggers slight fermentation, making the bean swell to twice the original size (with a 14-15% moisture content) and reducing the inherent acidity found in crowd-favourites Arabica and Robusta.

With its smooth earthiness, Monsooned Malabar coffee is sought by various international brands like Nestle Nespresso and the German Benecke Coffee for use in roasted blends. Aspinwall & Co. Ltd., owned by the Royal Family of Travancore, is a major name in exports.

A hint of chilli—be it in chutney, pickle or a simple paste—is essential to meals in the Northeast. But if Lays Magic Masala is peak tolerance for you, get ready for an excruciatingly slow burn.

Bhut jolokia’s spicier cousin, the Naga Morich (capsicum chinense) is currently the sixth hottest chilli in the world, clocking in over 1,000,000 units on the Scoville scale. Commonly used in adding a spicy floral kick to meat and dried fish, a single pepper is enough for an entire family’s meal. When the state government bagged the GI-tag, more than 20 lakh Naga natives were consumers and primary growers of the chilli. Its high levels of capsaicin meant use in pharmaceuticals and cosmetics like pain balms, skin ointments and even (ironically) prickly heat powder. Tribes have also traditionally used it as a pest-repellent and anti-venom.

While no official records exist to document its beginnings, Nagaland’s vibrant folklore is an interesting starting point. Chüdi (Angami dialect, “King of Hotness”), Chaibe (Zeliangrong dialect, “Leader/Chieftain”)—the Mircha’s regional titles are hint enough of its elevated status among natives. You can go through a brief collection of colourful legends here.

The future of GI- foods currently lies in a grey area. In theory, the stamp of approval results in recognition and upliftment of cottage industries—the rise of a sustainably sourced, artisanal food culture worldwide could even help with exports. However, if black-marketers get creative in exploiting the heritage tag on foreign soil, the Indian government can’t do much. It must also be noted that strategies for promotion and distribution of these foods in other states haven’t been ideally implemented, as crossing government departments and bureaucratic machinery takes time and reckless optimism.

Until the spirit of enterprise officially kicks in, stalwarts from India’s best kitchens must lead the charge. 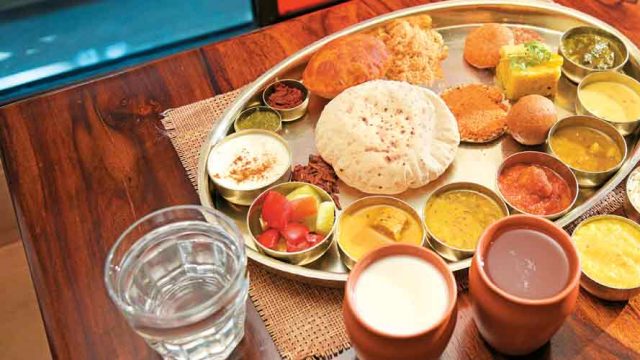 Rajasthani Cuisine Is A Testament To The Region’s Complex Past

Rajasthan is a mecca for tourists. Don’t leave the state without understanding the complexity of Rajasthani cuisine thanks to the epic past of the region 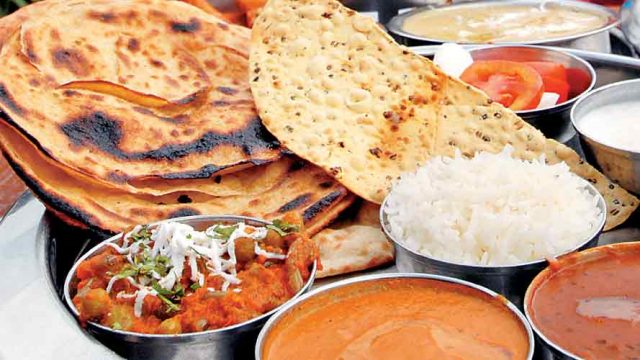 Punjabi cuisine today is a melange of Indo-Mughal-Persian-Afghani nuances. Explore the rich and buttery flavours of the the extensive vegetarian and meat dishes found in the region