COVER STORY
Upon Us The Shadow Of A Dark Hood
Radicalisation via the internet puts India within slashing distance of the ISIS. In the light of the Dhaka attacks, can we protect ourselves?
MEETU JAIN

COVER STORY
Not 'Why' But 'How' People Join ISIS
Studies show that most ISIS recruits are well-integrated into social networks. They are not loners.
JASON BURKE

INTERVIEW
"Shift The Discourse To Collective Cynicism, Equitable Treatment"
Former solicitor-general Gopal Subramaniam on what the society can collectively do to prevent radicalisation of youth
USHINOR MAJUMDAR INTERVIEWS GOPAL SUBRAMANIAM

INTERVIEW
"The Message From Jehadi Websites Is That Muslims Won't Get Justice From Western, Capitalist Nations”
Former Union home secretary, G.K. Pillai on how jehadi websites lure young people and what can be done to prevent radicalisation
BULA DEVI INTERVIEWS G.K. PILLAI

INTERVIEW
"The Youth Must Not Be Drawn By This Barbaric, Cruel Way”
AIMIM chief ­Asaduddin Owaisi on what the Modi government can do to prevent youth taking to extremism
MADHAVI TATA INTERVIEWS ASADUDDIN OWAISI

COVER STORY
Terror Isn't A ‘Muslim-Only' Problem, It's A Larger Politics
Unless we recognise and address the political aspects of terrorism, we will be beating around the bush.
MAHTAB ALAM

COVER STORY
Inclusion, Not Condemnation And Bias
The media has to report stories of what Muslims have done for India rather than just write about terrorists
ANU AGA

COVER STORY
End Secular Sham, Go Sufi
If communal passions and fear psychosis is used to win elections, you may win one state but lose the nation.
TARUN VIJAY

COVER STORY
The Evocation Of Local Tyrannies: A Polity That Affirms Justice Has Nothing To Fear From Jehad
Many young Muslims, marginalised in their own societies, have found in radical Islam a commitment to a larger cause
TALMIZ AHMAD

COVER STORY
The Injustice Is Real, Yet Self-Pity Is Injurious
Muslims need modern education. They have to share a part of the blame.
ZAMEER UDDIN SHAH

COVER STORY
"Islam Has To Embrace The Modern, Examine Its Theology Afresh"
It is true that ‘terrorism has no religion’. But that is not going to resolve the complex issue of Islamic terrorism confronting us.
RAKESH SINHA

COVER STORY
S.A.R. Geelani
The BJP is imposing its ideology, and the whole state apparatus is being used to suppress the minorities.
S.A.R. Geelani

COVER STORY
The Pickaxes Of Ayodhya, The Machetes Of Dhaka
We need to face the brute reality. Indian Muslims have been victimised ever since kar sevaks picked up pickaxes and trishuls.
SYEDA S. HAMEED

COVER STORY
An Understanding Of Islam Is Mandatory
There is a silent majority within Islam. Radicals aim to empower this community through extreme philosophy.
Syed Ata Hasnain

COVER STORY
The Child's Other Tongues: 'Us' And 'Them' Imprinted In The Softest Wet Clay
No child is born a bigot. Hate is learned, and there is no doubt it can be unlearned.
S.Y. QURAISHI

COVER STORY
What India Can Learn From Pakistan?
The Indian State must come forward to look after poor Muslim children or they turn out to be fodder for non-state actors like ISIS
Hamid Mir

COVER STORY
Stopping ISIS:
Soundbites
From Swami Agnivesh and Julio Ribeiro to Sadhguru Jaggi Vasudev and T.J. Joseph, Outlook speaks to experts on what India need to do to stop ISIS.
Seven
Days
MAHARASHTRA
Rashomon On The Everest
Dinesh Rathod and his wife, judging by photos they shared on Facebook, wore an orange-and-yellow suit during their ascent to Mount Everest and a red-and-black suit on the summit.
more in seven days>>> 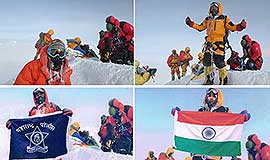 RESHUFFLE
A PG Diploma In Social Engineering
Managerial to the dot, or not exactly? The relayed message is: perform­, and don’t mess with Modi. But beneath, it’s mostly caste and khaki.
BULA DEVI
OPINION
Privatisation Of The State
Leaders, supposed to act in the public interest, these days only do so in their own private interest. The result is a crisis in societies.
PETER RONALD DESOUZA
LEADER COMMENT
In Praise Of Madras HC
For speaking on behalf of liberals across the country who are increasingly being held at ­ransom by hoodlums and lynch mobs 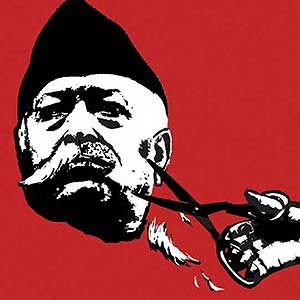 biztro
For Adani Group, ­pollution is all good
The diversified Adani Group presents a classic case of a group that continues to flout environment laws but gets by through political patronage. 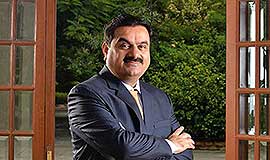 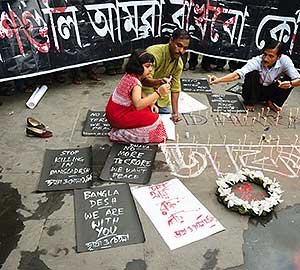 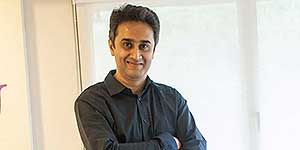 LAST PAGE
New Zealand Diary
There’s a hallowed, spiritual quality to the land and a softness to the people that’s hard to get your head around.
SATYAM VISWANATHAN
BUSINESS 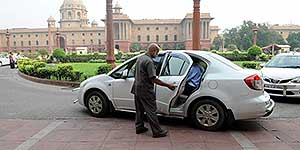 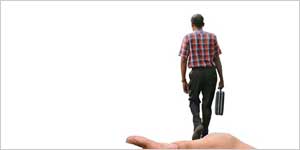 BUREAUCRACY
India’s Most Pampered Citizens
The Seventh Pay Commission has increased the salaries of central government employees. But that is not the only benefit they draw. 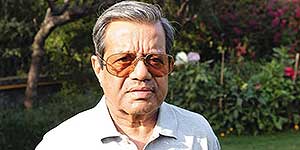 JUMP CUT
The Bonanza Is Elsewhere
Why is the question of bureaucrats ­being a privileged lot being raised because of the ­Seventh Pay Commission?
T.N.R. RAO 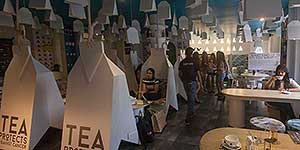 CHAI BARS
Talk Of Taking Tea!
Tea lounges spiff up the ‘cutting’ a bit to keep up with upmarket tattling
PRACHI PINGLAY-PLUMBER
ARTS AND ENTERTAINMENT 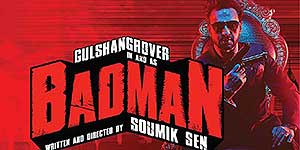 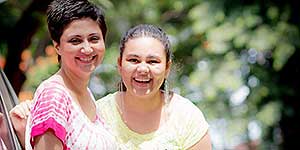 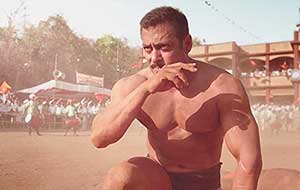 THE REVIEWS
Sultan
Instead of concentrating on the ‘what’, the film concentrates on the ‘how’. This is where it scores.
DEEPA GAHLOT 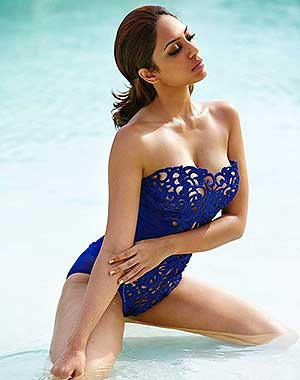 Glitterati
Her Way
Walking down ramps, looking like a mermaid, taking in the silent wows, is one thing. Playing the girlfriend of a serial killer in the goriest Bolly­wood movie in our times is another. Shobhita Dhulipala took in the greys with practised ease.
BOOKS 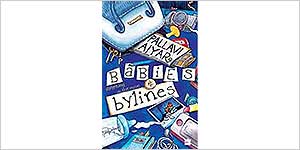 REVIEW
From Motherhood’s Trenches
Lacks the warmth of a memoir, which is a pity, given the choice of subject.
SMRITI LAMECH 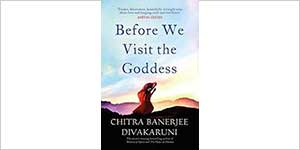 REVIEW
Three Women, And A Glimpse Of Divinity
About mothers and daughters and their fragile and often fraught bond.
NEHA BHATT 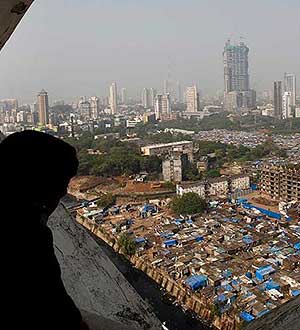 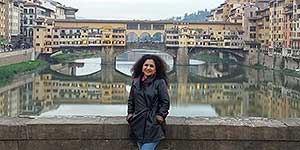 10 QUESTIONS
Dimpy Menon
Dimpy Menon is the first Indian sculptor to win the Lorenzo Award at the Florence Biennale. She talks about her journey as an artist.
AHELI BASU INTERVIEWS DIMPY MENON
And
Also...
THE REVIEWS
TRAI's very own inte­rnet speed test app for consumers using Android pho­­nes 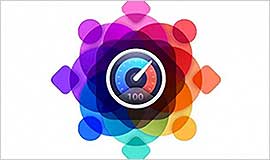 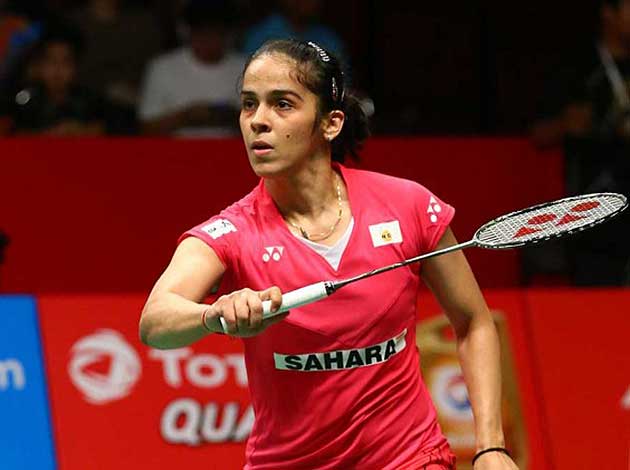 RIO OLYMPICS 2016
Waiting For Wang
A guileful foe stopped her in London. A sharpened Saina is now ready for Rio.
QAISER MOHAMMAD ALI
THE SKED
ARTS & ENTERTAINMENT
The Fatih Akin Film Festival, a night of jazzy pop music and this year’s edition of the exhibition Quarto that brings together the unique perspectives of four artists 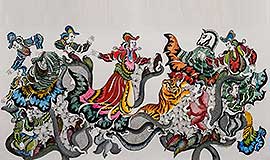 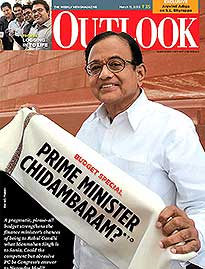 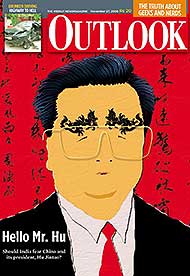 10 Years Ago
Four-and-a-half decades is not a long time. Not long enough, anyway, to wipe away the memories that this sun-kissed valley, nestled in the stark and rugged reaches of the Himalayas, still recoils from. Memories of their land being overrun by Chinese troops, of families leaving behind their earthly possessions to flee to faraway jungles, of returning to see their land littered with the decomposing bodies of Indian soldiers and the ignominy of having their sacred hearths 'defiled' by the Chinese—who they still revile for hounding their spiritual head, the Dalai Lama.