LEAD ESSAY
Whose Ambedkar Is He Anyway?
The true riddle of Ambedkar is: why did he consider himself a Hindu at all, despite having seen the ugly side of discrimination and his trenchant criticism of the religion?
KANCHA ILAIAH

POLITICS/BJP
Find Me An Icon As Fast As You Can
The BJP-Sangh parivar takes the
lead in remaking
Constitution-maker Babasaheb Ambedkar in its own image, roiling innumerable political and caste groups
PRARTHNA GAHILOTE, BULA DEVI

INTERVIEW
"Capitalism Will Turn Caste Order Into A Relic"
Dr Anne Dambricourt-Malassé, a palaeoanthropologist at the French National Centre for Scientific Research, on the significance of the Masol fossil findings
S.ANAND INTERVIEWS CHANDRA BHAN PRASAD

Like a lover to the beloved, singers and poets promise Babasaheb the world of his dreams, while WhatsApp messages on him become a social scientist’s delight 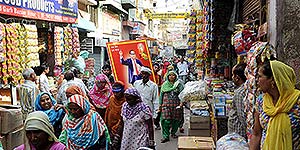 SCAVENGING
A Dream Of Unsoiled Life
A 30,000-km yatra against a “mildly hazardous” job that killed 1,200 Dalits in two years
ANOO BHUYAN 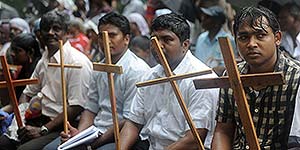 RESERVATION
Excluded From The Excluded
Why can’t we accept that being Dalit is just as difficult when one is not a Hindu?
BHASHA SINGH 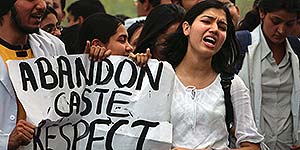 RESERVATION
No Thing As Genetic Merit
Sangh arguments for only economic quota are specious. Actually, the private sector must pass on its privileges.
PRAGYA SINGH

PHOTO FEATURE
Walks In His Way
Preparations are afoot in Ramabai Ambedkar Colony in Ghatkopar, Mumbai, for the great man’s anniversary. How does Babasaheb inspire his own people in these times of accelerating aspirations? A bouquet of photographs by ­­members of the Photography Promotion Trust seeks answers. 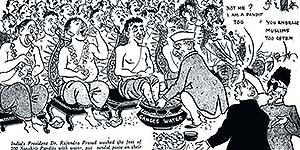 BOOK EXCERPT
The Riddle Of Riddles In Hinduism
Salvaged from loss, neglect and deliberate oblivion, the survival of Ambedkar’s manuscript (albeit not unscathed) is miracle for readers and scholars alike
S. ANAND 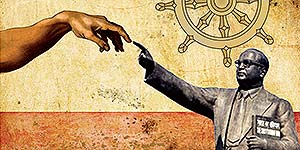 BOOK THE TALK
Ambedkar Is Proof Of Hindu Pluralism
Why we didn't send liberators like him the Joan of Arc way, or declare them kafirs
TARUN VIJAY
THE LATEST ISSUE 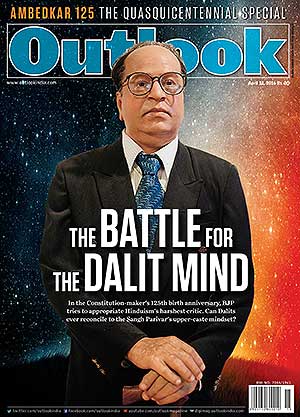 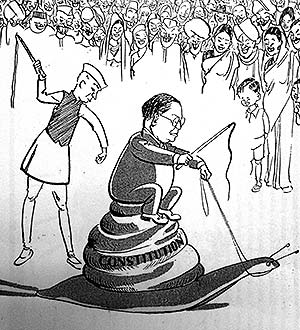 DALIT ACHIEVERS
Poised In Power
And Passion
Against all odds, they have achieved immense things
INTERNATIONAL 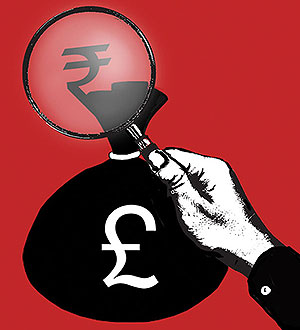 LEADER COMMENT
Mere Paas Panama Hain
There are legitimate ways of using tax havens but most of what was going on in Panama was a safe country mile or two from those.
Arindam Mukherjee 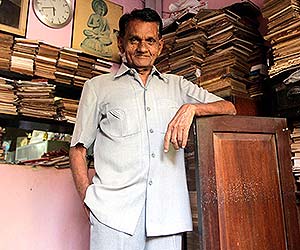 PROFILE
The Page Mnemonist
Shinde has a huge Ambedkar-related library, and there is no better index than his mind
RAKSHIT SONAWANE ON RAMESH TUKARAM SHINDE
sports
LEADER COMMENT
In praise Of West Indies
For bringing a child-like spirit to the game of cricket and taking our breath away 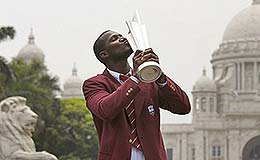 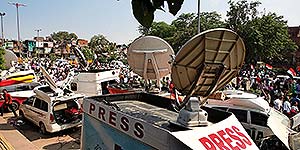 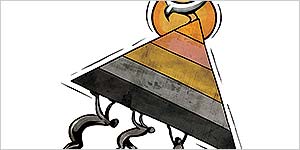 ESSAY
Four Shades Of Irony, One Of Fury
The Purusha Sukta glibly drops the four varnas on Hindus...
SIBAJI BANDYOPADHYAY
CAMPUS
Degrees Of Pain On Calculus Of Caste
A new discourse on caste sweeps the campuses
MADHAVI TATA
LANDMARK
The Lake Of Liberation
It was the classic caste confrontation—over water...
SIDDHARTHYA SWAPAN ROY 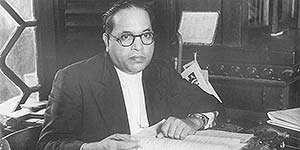 WEB EXTRA
Why Is It So Difficult To Get Ambedkar's Books?
His thoughts and writings, which were ahead of their time, are finding their way to reach out through technology. How apt.
PRACHI PINGLAY-PLUMBER


A Baker’s Dozen For Babasaheb
Despite his standing as the father of the Indian Constitution, few know more of B.R. Ambedkar beyond the obvious. Pranay Sharma tests your knowledge with this 13-question quiz.
PRANAY SHARMA 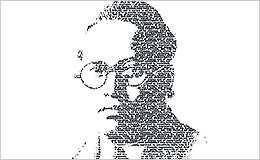 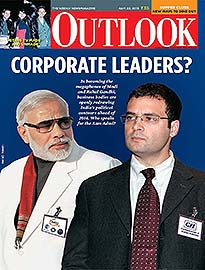 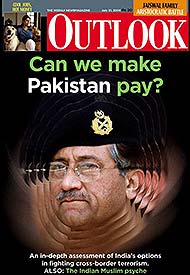 10 Years Ago
There is outrage across the country in the aftermath of the Mumbai blasts which killed 200 and injured 800 commuters. Much of the public anger is directed at the ruling political class. There is a feeling that nothing has been done to inspire confidence in the people and make them feel secure. In fact, many feel the response from our politicians was far too muted and not of the proportion warranted by the scale of the horrific terrorist strikes. Would the reaction have been any different if our netas had been targeted?