A charming little town set on the banks of the Noa-Dihing river, Miao serves as

The town can be reached via the historic 430km-long Stilwell Road, which used to connect Margherita in Assam to Kunming in China. Built by Chinese troops in 1942 under the supervision of US Army General Joseph Warren Stilwell during World War II, it cost nearly $130 million back then, and is said to be one of the most expensive roads in the world.

Miao also has its own landing strip, where a plane lands from Itanagar every week. The town’s main street is dotted with the ubiquitous teashops, PCOs, a post office and stalls selling vegetables and different varieties of fish. Further into the town lies the recently opened mini zoo.

Pretty countryside around the Nao-Dihing river

The zoo is home to hoolock gibbons, Assamese macaques, Himalayan palm civet, leopard, porcupines and slow loris. It also boasts a variety of flora, including rare orchids as well as a wealth of timber species. Located 4km from Miao, the Choephelling Tibetan Refugee Settlement Camp is worth a short visit. The place is known for its carpet-weaving centre that produces high-quality woollen carpets in exotic designs.

Situated on the easternmost tip of India, is the beautiful hill town of Khonsa, which serves as the headquarters of Tirap District. A three-hour drive southwest from Miao, Khonsa borders Assam in the south and Myanmar in the east. The charm of Khonsa lies in its pristine setting, surrounded by mountains, crisscrossed by mountain streams and covered with dense forests.

Khonsa offers exhilarating treks through forests. In April, the forests are flush with orchids and you can spy on the white gibbons, track the elusive red panda, and get close to the mithun.

When in town, head to the Khonsa Museum that houses traditional tribal artefacts.The District Museum (Closed Sundays) displays artefacts reflecting the culture of the local tribes.

Location A sub-division in the Changlang District

When to Go November to March 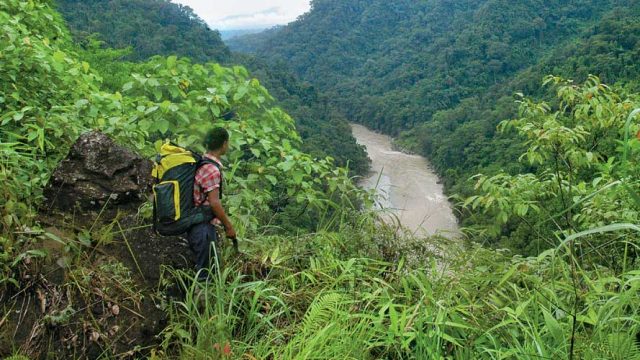 It’s a jungle out there, one of India’s most stunning