From a farmer’s rustic, spicy meal to elaborate affairs with full thalis, Maharashtrian cuisine has many gastronomic

delights. Acknowledged to be one of the most balanced and healthy cuisines in India, Maharashtrian food has plenty of variety even within itself, with certain dishes being specialities of the regions or communities they are made in and are virtually unknown to outsiders. Even so, there are some dishes such as puran poli, kothimbir vadi and modak, which have a loyal following within and even outside the state.

Maharashtrian cuisine uses fresh ingredients, seasonal and regional produce, and achieves a fine balance of flavours through spices and herbs. Many of the dishes are labour-intensive, but there are delicacies that can be rustled up in minutes, with just a few ingredients that are almost always available in the kitchen and pantry.

Maharashtrian snacks and meals have not been adapted into packaged or frozen food versions in a big way, although ‘dry snacks’ such as chiwda, chakli, bakarwadi and shakarpare are fixtures on supermarket shelves across the state.

Flattened rice flakes stir-fried with onions, potatoes, peanuts or peas, with a sprinkling of fresh coriander, sev and a squeeze of lime. The street food version, especially in Vidarbha, also has a topping of a fiery chana curry called tarri.

This multigrain pancake is the quintessential Maharashtrian afternoon or evening snack. The flour for thalipeeth, called ‘bhajani’, includes roasted grains and pulses such as wheat, rice, sorghum, whole chana and whole urad dal. It is served with white butter.

Ratala or sweet potatos are peeled, sliced thin and cooked in ghee and sugar. The addition of cumin seeds and cardamom powder adds a unique dimension to the dish. A savoury variant in which the sweet potato is grated and tempered with cumin and green chillies is called ratalyaacha kees.

Winter, when green coriander is both plentiful and flavoursome, is the season for kothimbir vadi. A filling of coriander (kothimbir), poppy seeds, coconut and spices is encased in besan (gram flour) and the vadis are deep fried.

Colocasia leaves are covered with a paste of besan and spices, rolled and deep-fried. The addition of tamarind gives the snack a tangy flavour.

Plump balls of boiled and spiced potatoes are dipped in a besan batter and deep fried. The resultant vada is stuck in a bun and doused with chutneys and called vada pav – India’s answer to the burger.

This snack uses ingredients such as chickpea flour and a few herbs and spices that are cooked until they form a semi-loose mixture. The mixture must be folded quickly while it is hot, so it is spread over a well-oiled handkerchief (rumal), topped with poppy seeds and coconut and then folded into a triangle. The rolls are cut into pieces and shallow fried.

This humble meal comprises a rustic, unleavened bread called bhakri made from jowar (sorghum) or bajra (pearl millet) flour eaten with an onion and gram flour dish. Traditionally, bhakri is baked on an open, wood-fired flame. Jhunka, its accompaniment, is made by frying sliced onions and besan in oil, along with salt, turmeric and chilli powder and a bit of water, until it forms a golden brown mass. The meal is served with a green chilli, raw onion and thecha (ground green chillies with oil, salt and garlic).

Variations of this buttermilk and besan soup abound throughout India. The Maharashtrian version is tempered with ginger, green chillies and curry leaves. The proper way to have the kadi is hot, with steamed rice, masalebhat (spicy rice) or even puran poli.

A roti stuffed with a sweet filling of chana dal, jaggery and a host of aromatic spices such as cardamom, nutmeg and saffron, puran poli is a labour of love and the hallmark of an accomplished cook. A variation of the puran poli is the khawa poli, made with a filling of khoya, a solidified milk product.

Various pulses such as chickpeas, black-eyed peas and moong are soaked overnight and ground into a coarse paste, and mixed with green chillies, ginger, fenugreek seeds, curry leaves and other spices. The mixture is made into patties and deep fried. The vadas are also crushed and mixed with steamed rice (bhat), and eaten with a tempering of oil, mustard seeds, asafoetida and dried red chillies drizzled on top.

Baby aubergines stuffed with a groundnut filling in a spicy gravy – this dish is so delicious that it is made on special occasions.

Pumpkin is a common enough vegetable in Indian kitchens, but the Maharashtrian curry dish version bears special mention for its tangy taste and a base of poppy seeds and dried coconut.

Like its name, this savoury dish is a combination of spices and rice. The addition of black peppers and driedored chillies gives it a pleasant sting and the addition of vegetables such as aubergines, potatoes or ivy gourd makes it a satisfying meal.

A generic name for salads in Maharashtrian meals, the most common koshimbir is made from cucumber, roasted peanut powder, green chillies and lemon.

This sweet-and-sour chutney of tamarind, dried coconut, peanuts, jaggery, sesame seeds is a musthave accompaniment in a traditional Maharashtrian meal.

A drink made from coconut milk and the tangy kokum, which is the dried skin of the Garcinia indica fruit, sol kadi is a must in Malvani, Konkani and Goan thalis.

Another favourite from the coastal region, a saar is a thin, tempered soup made from tomatoes and fresh coconut and usually had with steamed rice.

This mutton curry dish is famous for its spices. The dried coconut, coconut milk, poppy seeds, white sesame seeds and cashews make it a white gravy, or pandhra rassa.

Another fiery mutton dish from Kolhapur, this one with a dark red (tambda) gravy. It gets the colour from the fried onions, Kolhapuri spice mix and red chilli powder.

Bangda or the Indian mackerel is stir fried and then simmered in an orange gravy that contains triphal, similar to Sichuan pepper and a variety of red chilli known as Byadgi that has a deep red colour but not a lot of heat. The coconut oil in which the dish is made lends it a characteristic flavour.

The chicken curry dish made using a spice mix from the Malvan region is served with fritters made from urad dal, rice flour and chickpea flour.

This gravy dish of crabs is a favourite in the coastal Konkan region. It gets its subtle flavour from coconut and its tanginess from tamarind, hence the name kurle ambat, or sour crabs.

This rice dish gets its sweetness from fresh coconut (naral) and jaggery, and it is made fragrant with the addition of cardamom, cloves and saffron. It’s prepared on the festival of Rakshabandhan, which is also celebrated in coastal Maharashtra as Narali Pournima.

Smooth hung curd is mixed with sugar and cardamom, nutmeg, saffron and dry fruits for a sweet dish that has a characteristic light tang. Shrikhand is also a classic accompaniment with fluffy puris.

The traditional offering to Lord Ganesh these coconut and jaggery-filled dumplings are either steamed or deep fried in ghee. A variant of the deep-fried version is called the karanji, shaped like a half-moon.

A traditional sweet made on Diwali, anarsa is made with just rice, jaggery, poppy seeds and ghee, but takes almost ten days to prepare, thanks to the rice having to be soaked for the first three days and then setting aside the prepared dough in an air-tight container for another six to seven days. The anarsa, if it turns out well is crunchy on the outside and chewy in the centre.

This flaky, multi-layered glazed sweet, made using plain flour, semolina, sugar syrup and plenty of ghee, is a Diwali delicacy. The addition of a tiny bit of lemon juice adds just the right zing.

Similar to karanji, kanavhle has a filling of wheat flour, coconut and dry fruits encased in a semolina shell. The dry filling ensures that it keeps for ten days, although it rarely lasts that long! The kanavhle has a savoury version as well in which the filling is made of minced meat and spices.

This super quick dessert only has ripe bananas, milk and sugar – the perfect comfort food.

A traditional Maharashtrian meal ends with a mouth freshener and digestive called tambul, a crushed version of the paan. The ingredients of the paan – betelnut leaf, catechu, edible lime, cloves, cardamom, menthol and other spices and condiments – are pounded together and served with a spoon. 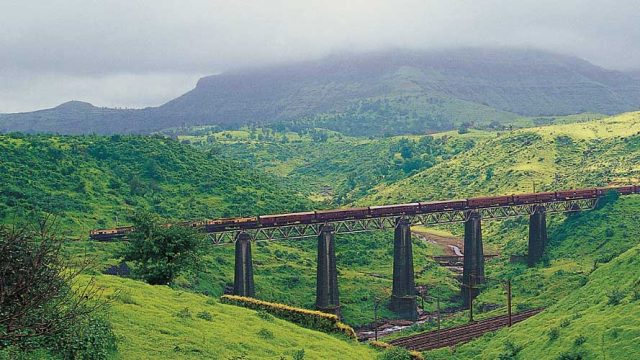 Lose yourself in the beauty and majesty of Maharashtra 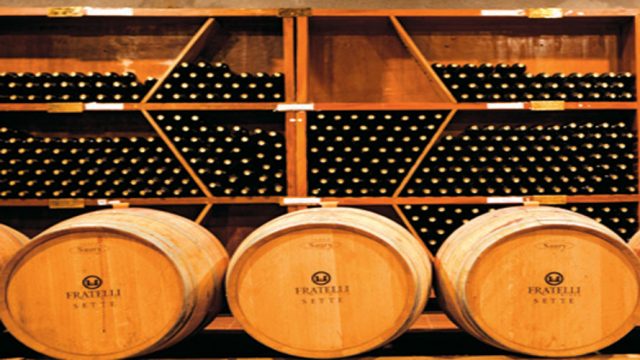