Each of the 16 major

Naga tribes – and sub-tribes – of the state of Nagaland have their generous quota of festivals, when entire villages get out of their jeans and T-shirts for a round of traditional feasting, dancing and revelries. And then, there is the granddaddy of them all, the Hornbill Festival, when all the tribes get together for an annual event held in Kisama village, 16km from Kohima, the capital of the state.

Whoever coined the phrase ‘Festival of Festivals’ to describe the annual Hornbill Festival hit the nail on the head. Hornbill was launched on 1 December, 2000 to commemorate the day Nagaland attained statehood. The idea behind the festival was to bring the various tribes under one roof, for the world to see their rich culture, tradition and rituals, to create a sense of unity amongst the tribes and to resurrect some of the traditions that were dying a slow, but sure, death. Officially, it was meant to be a kind of cultural hot pot, a fake show to draw in tourists from the mainland and abroad. But the Nagas, thank heavens, don’t know the distinction between fake festivals and the real ones – amidst the rolling drums and tapping feet, each tribal troupe vies with the others to put up a memorable show. The amazing culture and traditions of the Nagas, coupled with a sense of the exotic and the mysterious, draw in huge crowds.

Over a week, the various communities display their traditional dance forms based on agriculture, fertility, game and war rituals.Warrior tribes such as the Konyak, Yimchunger, Chang and Sumi display some amazing war dances and head-hunting rituals that were practiced in the days of yore, complete with log-drum beating, mock fighting, lots and lots of gunfire and loud piercing war cries.

Ethnic Naga cuisine, exquisite handicraft and handloom displays, a car rally, motorcycle rides, night bazaars, music – both traditional and contemporary – a literary fest, fashion shows and games (such as climbing a greased bamboo pole, pork-fat- and Naga-King-Chilli-eating contests, which saw a whole lot of contestants crying “Fire!”), all add to the experience. At the stalls here, visitors can buy Naga shawls, woodcarvings, paintings, sculptures and a variety of pickles.

The stone-pulling ritual at Viswama village, which features men from the Angami tribe pulling a stone weighing two tonnes down a 2-km road, is an amazing spectacle. The womenfolk, wearing traditional attire, accompany the men and egg them on with songs.

Other events of interest include the rock contest organised by the Music Task Force set up by the government to promote music in the state and a peace rally to commemorate the battle of Kohima, with World War II jeeps and their crew in period costumes. At times, the festival has also featured beauty pageants and marathons.

The food stalls that spring up all over the heritage village venue do brisk business every year. Each of the 16 tribes have their cluster of shops selling the distinctive home-cooked snacks and meals of that tribe. Tourists vouch that the fiery chilly dishes taste best when there is sweet rice beer to wash it down. For the young, cosmopolitan Naga, this is also a great opportunity to sample food from every tribe. Watching jean-clad pairs of teenagers sipping rice beer from bamboo mugs and dipping into the heaped bowls of pickled meat, as easily and comfortably as if it were Coke and chips, you begin to understand the Naga way of life: within that ultramodern jacket and gelled hair-style beats a very traditional tribal heart and head.

In 2015, the Hornbill Festival was extended to 10 days from the usual seven days to coincide with the 50th anniversary celebration of Nagaland’s statehood. The 10 days of festivity were over in a flash and the finale was a grand affair. As the sun dipped over the hills of Kisama, the bonfire lit up the arena and the skies were filled with the war cries of the tribes as they all danced the Unity Dance around the fire.

At times, these extreme adventures of the palate and ear can get a little overwhelming. But then, there is always the opportunity to enjoy solitude in the moonlit nights, with Kohima town glittering in the distance like a Christmas tree and the strains of tribal music echoing in the hills.

Though any place in Nagaland could hold tourists in awe, the more accessible are Dimapur, Khonoma, Kohima and Tuofema. Kohima town itself is more than a stopover. Places of interest include the war cemetery, the state museum and the Catholic Cathedral.

A spacious and serene garden in the middle of the urban sprawl and traffic jams that have come to define busy Kohima (especially during tourist season), the War Cemetery has become as much a place of respite as a historical outing. This immaculate and well-maintained space contains the gravestones of nearly 1,500 Indian, British and Commonweath soldiers who died during the brief three-month Battle of Kohima, which is said to have taken the lives of over 10,000 soldiers. A memorial to the 2nd Division near the entrance bears the famous inscription:

When you go home

Tell them of us and say,

We gave our today.

The cemetery is located at the junction of the two roads that lead to Dimapur and Imphal respectively.

Located on Bayavu Hill, approximately 2km away from the main town, the state museum is a well-laid-out microcosm of the culture and history of Nagaland.

Exhibits include tribal artefacts, jewellery, dioramas of women and men from various Naga tribes, miniature depictions of the different houses and traditional huts across Nagaland, weapons, tools, and household goods. The museum also includes a display of human skulls from the days of headhunting. Especially well-documented and presented are the ornamentation and fabrics of different tribes exhibited on the ground floor of the museum, a display that was developed by the Indian Museum, Kolkata.

The museum, though small, is a simple yet wonderful representation of the richness and variety of cultures of Nagaland. Now somewhat overshadowed by similar displays in Kisama Heritage Village, it’s still worth a stop if you have an extra day in Kohima.

The red-roofed Catholic Cathedral on Aradura Hill is perhaps the most prominent landmark in Kohima. The structurally interesting building houses what is said to be the largest cathedral in the Northeast. The interior is cavernous, with enough seating space for all 1,500 of its parishioners. Stop by for mass here if you are so inclined and you will feel very much at peace.

Kohima has quite a few good options, but keep in mind that December can be impossibly busy and expensive, so book your accommodation as early as possible.

The Heritage (Cell: 09436215259; Tariff: ₹2,500–3,500), located on top of the Officers Hill near the Governor’s House, is a heritage bungalow – it was once the Commissioner’s residence. Breakfast served in a pleasant garden is one of the highlights of this place. Amongst other good options includes Hotel Cimorb (Tel: 2242248; Tariff: ₹2,000–6,000) on Old Minister’s Hill, close to BSNL Telephone Exchange.

Every year the number of restaurants and eateries in Kohima seems to double. Apart from the pedestrian-only Night Market set up during the Hornbill Festival, there is a wealth of culinary options, whether one is looking to experience Naga food or seek more familiar cuisine. The Classic Aradura’s restaurant serves lovely north Indian and Chinese food, with some Naga specialties for those with an adventurous palate. Good local food options include Chungtsuong at Razhu Point and The Hut opposite the post office. Cafés include the excellent Brewberry Café on High School Road and Café Caffeine above Jasokie Place in the main town. ■

Tip Domestic tourists should apply for the Inner Line Permit from the above addresses along with a valid ID card. Foreign tourists no longer need Protected Area Permit (PAP) to visit Nagaland. However, they have to register with the Foreigner’s Registration Officer (FRO) of the district they visit or the nearest police station within 24 hours of their arrival. See the Nagaland Tourism website for details

Road From Guwahati take NH37 till Nagaon via Jorabat. At Nagaon turn right and take NH36 to Dimapur and then NH39 to Kohima Bus Daily overnight bus service from ISBT Guwahati to Kohima 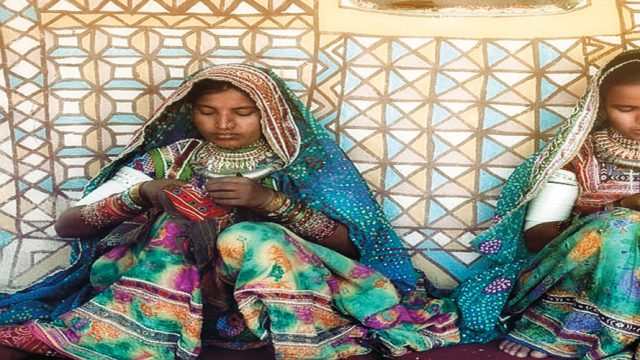 A celebration of the indigenous culture of the Rann of Kutchh 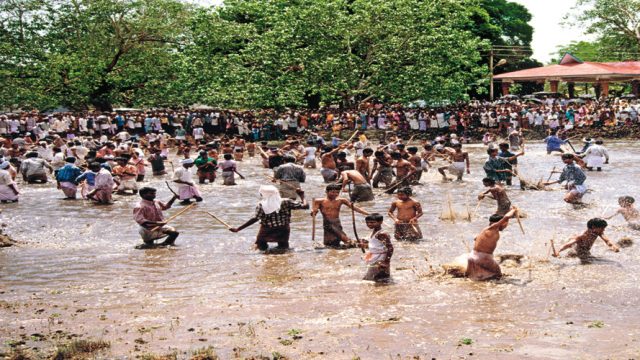 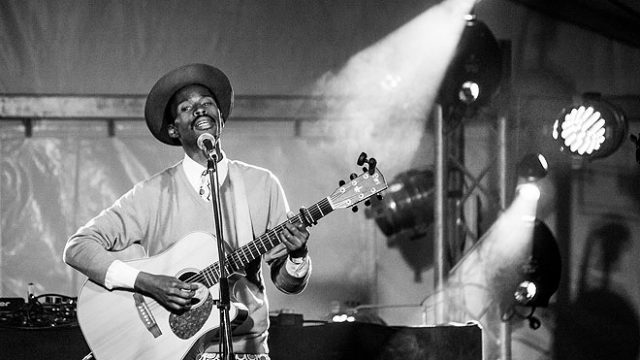 This African cultural festival will be held in Swaziland from May 29-31, 2015