more leisurely, raising bubbles from the air trapped in the sand. Often they leave behind a tiny creature of the sea, and the dogs go for it. The beach is quiet otherwise. The sea retreats the farthest late evening, and you can easily walk up to the mangroves on the left tip of the beach’s crescent. That’s also the time when Bordi’s adolescents convert the beach into a dozen cricket pitches and fill the air with their cries. You can join in, or sit a little away from the crowd, watching the sunset.

Casuarina trees line Bordi Beach, one of the finest along the North Konkan Coast

Though Bordi is only now becoming popular as a tourism hotspot, it has already made a name for itself as a centre of learning. Its many Jain- and Parsi-run schools and polytechnics educate thou sands of students from neighbouring areas in Gujarat and Maharashtra.

Bordi is a perfect getaway for those who want to do absolutely nothing – soak in the sun, enjoy the sea breeze and give yourself a break from the cacophony of the big city.

Bordi Beach, stretching over 17 km, is ideal for those who enjoy walking. Depending on the time of day, you can walk under the tall casuarina trees or directly under the sun. The water isn’t deep enough for swimming but it is just right for splashing around with friends. On weekends, horses and their caretakers show up to offer rides. Away from the beach, you can explore the chikoo orchards or spend time at Anand Resort’s water park. You can also go for walks in the village; look out for the old houses with tiled roofs and shaded verandahs.

Bordi has its own little railway station called Bordi Road Station but it’s so far out of town that Gholvad Station, just 2 km from town, serves as the village-town’s chief link to the world. The short drive to the station is lined with chikoo orchards – Gholvad is known as the ‘Chikoo Bowl’ of Maharashtra. There are several old houses of wealthy Iranians here.

Spelt Zai but pronounced Jhai, this is the northernmost village on Maharashtra’s coast, and is 3 km from Bordi. You’ll find small fishing boats on the sea all the way from Dahanu to Bordi, but never as many as at Zai; there are hundreds of boats here.

Photography is prohibited at Asvali Dam, which is 6 km east of Bordi, but nobody comes away without taking a picture or two. The green lake formed behind the 1,160-foot-long dam makes for a pretty backdrop, and the complete absence of guards is too good an opportunity to be missed. There are fields below the dam, and Warli villages. It’s a fine picnic spot.

The impressive Kalpataru Botanical Gardens in Umergaon, lie 10 km from Bordi. The famous Vrindavan Studios are also in Umergaon, where the bulk of the TV epic Ramayana was shot. You can also pay your respects to the gods at the Mallinath Jain Tirth Kosbad Temple.

One shop in Bordi is a must-visit: the tiny Mahila Grihaudyog outlet, just a couple of minutes’ walk away from the MTDC Hotel, towards Bordi village. As the name suggests, it is a cooperative venture. Women in the village make various products out of the local chikoo produce, such as chips, pickle, chikki and powder. The chips are actually sun-dried pieces of the peeled fruit, without sugar or preservatives, and make for a healthy snack. Chikki, made out of chikoo, coconut and sugar, is the tastiest and most popular take-away.

Pay a visit to what the locals call gujari, or the village market, where you can buy fresh garden vegetables. Get here between end-September and December and you can help yourself to the cream of the chikoo crop.

Located close to Gholvad Railway Station, Orchard The Resort (Cell: 09923443799; Tariff: ₹1,500–4,250) is surrounded by chikoo orchards. It has a restaurant serving good seafood, a bar and a swimming pool.

When you get mountain views at a place that is supposed to be primarily beach, it can be a very pleasant surprise. Hill Zill (Tel: 249050, 249119; Tariff: ₹1,900–6,500) has the largest grounds in the area, so your kids are sure to have a good time. The hotel is approximately 3 km from Bordi town.

In a hundred places in the country, the government generally bags the best location and the MTDC’s Tent Resort (Mumbai Tel: 022-22845678) at Bordi is no different. It is the only one that faces the sea. Every other hotel is on the other side of the road from the sea. MTDC, therefore, is really your best bet in Bordi. You can head down to the beach by the path that runs right outside the property. Attentive service is the icing on the cake, apart from the cool sea breeze wafting into your room.

TIP Choose a room on the ground floor. The sea-view rooms on the first floor don’t live up to their promise because the casuarina trees on the beach block the beautiful view

People come to Bordi expecting a seafood platter for every meal. If you visit during the rains, you won’t find any fish on offer. Post monsoons, you can pig out here. Try the surmai, pomfret and Bombay Duck with cold sol kadi.

Once a charming part of the Portuguese territory of Bassein, today Dahanu has been reduced to being home to a huge power plant and its ugly staff colonies. Still, vestiges of the Parsi-Portuguese syncretism remain and if you have nothing better to do on an afternoon in Bordi, drive down here and explore the crumbling fort. Narpad Beach here isn’t too bad, just a tad crowd ed in the evenings.

Dahanu’s importance to Bordi is its hotels, which are a good option if you were tardy with bookings. The drive between the towns is scarcely long for Mumbai’s denizens.

Gholvad: The Chikoo Bowl of Maharashtra

It’s the ultimate laid-back experience, but for me it started as a power trip. Literally. I discovered this unbelievable idyll just a three-hour train ride away from Mumbai, when the equally incredible Nergis Irani launched a one-woman crusade against the thermal power plant being set up by the Bombay Suburban Electric Supply in Dahanu, the chikoo bowl of Maharashtra. I had passed Gholvad several times on train journeys to Ahmedabad – quaint, sleepy stations characterised by locals selling small baskets of just-plucked fruit and bundles of lemongrass and peppermint leaves with which Parsis flavour their tea.

Then Nergis Irani descended on my office like a Persian army. Her feisty Irani genes made up for whatever she lacked in the ‘warrior-queen’ department. As an environmentalist she would have fought such desecration anywhere, but in Gholvad she had an emotional stake, as these chikoo orchards had been planted by the Iranis, many of whom had cleared the grass-covered tracts with their bare hands when they had arrived here a hundred or so years ago. This tough, if rustic, race had been impoverished by discrimination in their native Iran and they too made the journey that their fellow Zoroastrians, the Parsis, had made nearly a millennium earlier. Some set up tea shops in Mumbai, but the more intrepid fanned into the interior, confident that land was land, even if in an alien country. With their own input of hard work, they were certain that it would sustain them, as it had their forefathers back home.

The house of the man who first brought chikoos to this area still stands near Dahanu Railway Station. Those who followed old Mr Irani acquired and tamed their own sprawling acres. Their grandchildren went away, lured by city jobs and the promise of golden opportunity abroad. Many returned. The land was as forgiving as it was yielding.

The idea here is to chill. Wake up to the cock’s crow and open your eyes to a canopy of dark chikoo leaves. These orchards smell of the resin of the trees. Walk down the winding country road and smile at the curious women. They sashay past with a self-assured swing, a chatter of beribboned sparrows as they go to water and weed, pluck and pack in the orchards.

Mud pots ‘grow’ out of every stunted toddy palm; they will slake the thirst of a day’s labour and fill the night with the drumbeat of abandon.

Gholvad – merging unmarked into Dahanu and the surrounding villages – has no pin-downable focal point. It’s only orchards, and the homesteads of the people who cultivated them.

Location Gholvad is on the road to Bordi, on the coastal highway after you turn left from Kasa Khurd towards Dahanu

Remains of the Day

Further out from Bordi are the famous Bharda Hills and their holy caves.

Bahrot Caves hold immense religious significance for the Parsi community, for it was in these very caves that their holy fire was first placed when this small group of people fled from what was then Persia (now Iran). At the top, they carved out caves from the rock face and for eight years this was the holy place for Parsis around the world. Under the patronage of Shivaji they lived in peace; after his death, the Mughals began harassing them. The fire was then moved to Udvada where it remains to this day.

Hire a guide in Bordi because apart from one path to the top, there is really no other way up. Vehicles can go only as far as Asavli Dam, after which it is a hard climb of almost three hours via the regular route. Carry plenty of bottled water and sand wiches, wear good hiking shoes and be sure to return before dark.

The caves, about four in all, are in a state of neglect, except for the main cave where the Parsis still conduct their prayers after washing up with water from a nearby cave. The water is available 12 months of the year. November-March is the best time of the year to visit. 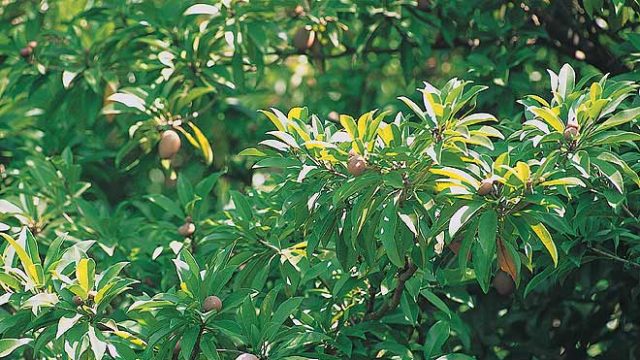 Located less than 200 km away from Mumbai, Bordi beach is the perfect weekend escape for Mumbaikars who are looking for a quiet weekend break with nothing to do except soak up the sun