Home » OT Getaways » Amboli: Over the Hills and Far Away

The British declared Amboli a hill station by the 1880s. Even before them, Amboli’s potential

had been discovered by the Sawants of the neighbouring taluka of Wadi. The clouds above this village in the Sahyadris continuously and relentlessly shed rain for a good four months, making it the wettest place in Maharashtra. But with surrounding forests so dense, and Matheran so much closer to Mumbai, Amboli remained unchecked on tourists’ maps for a very long time.

All the places to see will be either on the right side or towards the left of Hotel JRD International, the most prominent landmark in Amboli. The best way to get about is to take an auto if you haven’t driven up to this hill station.

Although the Madhavgad Fort is now in a state of ruin, a visit must be paid to this magnificent structure. A tombstone on the main road acts as a memorial to a ‘war’ that took place here many decades ago. Not much is known about the war but an inscription on the tombstone reads that only one British soldier died. Share lunch or dinner with the elders in Amboli and they will probably regale you with stories about this particular event in history. Another attraction is the abandoned Summer Palace of the Bhonsles of Sawantwadi. There are unbeatable and beautiful views of the hills from this vantage point.

There are two of note here, on opposite sides of the town. Nangartas Waterfall, 10 km from Amboli, chiefly has only spec tator appeal. It falls deep and noisily into a beautiful ravine and visitors are advised to be careful around the edge. The other one (5 km away), simply called Waterfall by the locals, demands more participatory effort. Noisy families and gangs of college kids drive up here for amusement, adding to the vibrancy of the place.

During the rains, clouds cast a white blanket over the horizon. There is the mandatory Sunset Point, as well as others known as Parikshit Point, Kavelsad Point and Shirgaonkar Point, which offer great views of the nearby forests. Sometimes it is possible to see deer here, or even a leopard. Mahadevgad, built by the Sawants, has great views of the Arabian Sea.

Hiranyakeshi Uppam, where the River Hiranyakeshi springs forth from the mouth of a cave, has a small Shiva Temple built many years ago by a man who is supposed to be a manifestation of Shiva, according to the resident pujari. There is something inherently peaceful about the place. The nearby Maruti Mandir is more of a commercial effort by a local baba, who had earlier sought followers in the state of Goa.

Amboli has basic options, but nothing top-end. Hotel JRD International (Tel: 02363-240222; Tariff: ₹995– 1,575) is the only establishment in town where alcohol can be consumed legally. The hotel also arranges for jeeps and guides for guests.

There are plenty of small eateries on the main road, which have a basic lunch of fresh bhakri, amti, mula or pale bhaji. All of this can be washed down with sol kadi made from fresh kokum solam. 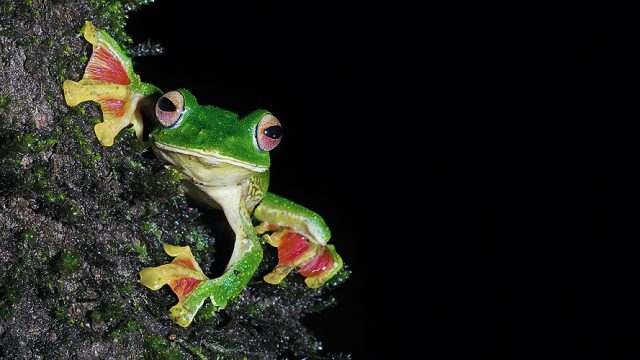 The Nocturnal World of Amboli

This hill station in the Western Ghats has wonderful nocturnal creatures 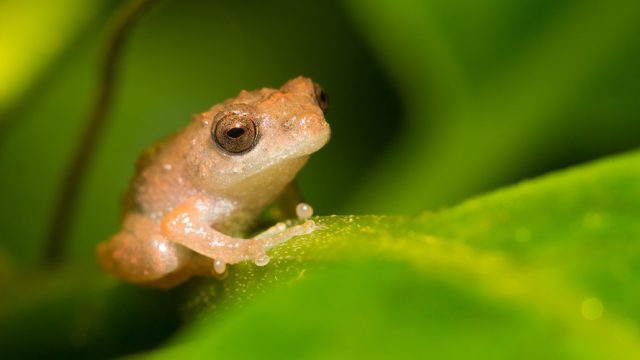 Amboli: In Search of The Flying Frog