Varanasi, Uttar Pradesh
Get ready to face a sea of pilgrims and skyrocketing rates for hired boats

on this day. This historical city, on the bank of the Ganga River, celebrates Kartik Poornima as Dev Deepavali. Well before sunrise, hundreds of pilgrims jostle to find a spot to bathe in the holy river. You can hire a boat if you want to escape the crowd and take photographs. It can be cold and misty early in the morning. In the evening, the steps of the various ghats are decorated with earthen lamps. According to Hindu belief, the gods descend to earth on this day. Small earthen lamps are floated in the river, crackers burst. An elaborate Ganga Arati is held on the bank of the river. A boat cruise is again the best option to observe the activities along the bank. But do be careful because inexperienced boatmen or an overloaded boat may land you in an accident. This is also the time when Uttar Pradesh Tourism organises the Ganga Mahotsav. For five days, ending on Kartik Poornima, cultural programmes are held in the evening at the Rajendra Ghat.

Amritsar, Punjab
The full moon day in the month of Kartik (according to the Indian lunar calendar) is one of the holiest days for Sikhs everywhere. It is the birthday of Guru Nanak (founder of the Sikh religion). Singing of hymns, non-stop reading of the holy book, Guru Granth Sahib, are some of the highlights of the celebration. Amritsar, home to the famous Golden Temple, is one of the best places to observe the celebrations. The Golden Temple is illuminated. The holy book is carried out in a grand procession attended by priests and pilgrims alike who chant or play musical instruments. Also known as Guru Nanak Prakash Utsav, the birthday will be observed on November 25, 2015.

Bateshwar, Uttar Pradesh
A temple complex containing over 100 temples dedicated to Lord Shiva is the main attraction here. Located about 70km from Agra, Bateshwar hosts an annual cattle fair and a religious fair around Kartik Poornima. The cattle fair will be held until November 14 (but may continue for a few more days) and sees brisk trading in horses, oxen, camel, goats, donkeys, etc. The religious fair will be held from November 21-28, 2015. Bateshwar is also the birthplace of the 22nd Jain Tirthankar Nemichand and hence an important pilgrimage centre for all sects of Jains.

Cuttack, Odisha
Boita bandana or floating miniature decorated boats with lamps inside them, in the rivers and lakes, is one of the highlights of the Baliyatra (Balijatra) festival observed during this time in Odisha. Cuttack observes this festival with much fanfare on the banks of the Mahanadi River. Baliyatra is a reminder of the time when Kalinga enjoyed a flourishing maritime trade, especially with Bali in Indonesia. A huge fair is also organised by the river bank during this time. Cuttack can be easily reached from Kolkata, Bhubaneswar, Puri, etc. by road/rail.

Kolayat, Rajasthan
Kolayat, about 51km from Bikaner and on way to Jaisalmer, is associated with the sage Kapil who is said to have meditated here for the redemption of mankind. A dip in the huge, tree-shaded lake with 52 ghats (flights of stairs leading to the water) is considered auspicious, especially during Kartik Poornima. A temple dedicated to the sage is located at the Kapil Muni ghat. A small cattle fair is also held here during this time. Regular buses ply between Kolayat and Bikaner.

Palitana, Gujarat
The Jain ascetics resume their wandering on foot on the full moon day in Kartik, after staying in one place during the monsoon. It is also the time for the Shri Shatrunjaya Teerth Yatra in Palitana. Pilgrims gather at the foothills and then embark on a walk across the 216km long hilly terrain.

Pushkar, Rajasthan
Pilgrims crowd to Pushkar to take a ritualistic bath in the holy lake on this day. But what has catapulted Pushkar to global fame is the cattle fair—one of India’s largest—held during this time. In 2015, the fair will be held from November 19-25. It is not merely a buyer-seller meet over cattle and camel trade. It is a presentation of Rajasthan’s culture and lifestyle in a crucible. The fairground is full of stalls selling a variety of things—household goods, textiles, handicrafts, things to decorate the livestock. The camel judging competitions are very popular. Enjoy the folk singing and dancing by the local artists. You can stay at the RTDC Tourist Village Campus belonging to the state tourism and browse/buy local handicrafts at the Shilpagram (crafts village) organised here. Shoes on Loose, an adventure-themed travel portal, has also come up with a special 3nights/4days package tour for the Pushkar Fair. Check with Skywaltz for balloon safari during the fair.

Sanquelim, Goa
In Goa, the day is observed as Tripurari Purnima. People float small boats, with earthen lamps, in the rivers and lakes, to mark the death of demon Tripurasura. Hence people light lamps in temples in to honour the gods. At Sanquelim in north Goa, a boat competition is held on the banks of the Valvanthi River. Participants bring miniature boats of different shapes and sizes to the competition. Cultural programmes, including folk music, are also organised. Processions with gods riding in decorated palanquins are also a key attraction. Sanquelim is about 35km from Panaji.

Sonepur, Bihar
Elephants are the main attraction of the Sonepur Mela, which begins on Kartik Poornima day. One of India’s oldest cattle fairs, it runs for nearly a month and sees brisk trading of cattle, elephants, horses and birds. You can hire a boat to observe the early morning ritual bathing by the pilgrims in the river Ganga on the day of Kartik Poornima. You can either stay in Patna, which is about 25km away from Sonepur or at the accommodation (huts made of straw and with attached western bathrooms) provided by Bihar Tourism.

Udaipur, Rajasthan
The Maharana of Mewar Charitable Foundation organises an annual cultural programme at the Jagmandir Island Palace, located in the Pichola Lake. Every year, they invite a leading dancer or musician. In 2015, Raghunath Manet, a Bharatnatyam exponent, will be performing on the theme Brahmanjali—an offering to the ultimate creator. You can obtain passes for the programme to be held on November 25.

Information: Kartik Poornima being an auspicious day across India, be prepared for crowds and queues everywhere. Cattle fairs can be dusty, so take adequate precautions. Since the days of the traditional/religious festivals depend on the local calendar, check with the respective state tourism departments before planning a visit. 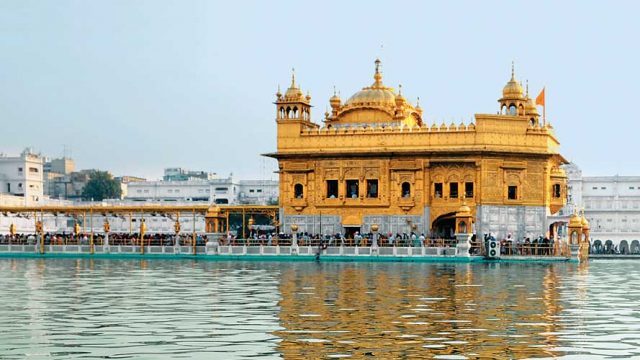 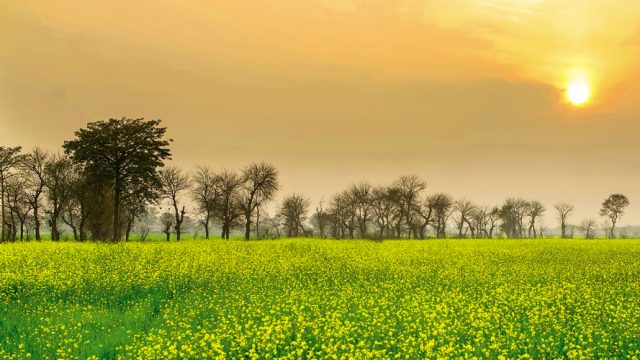 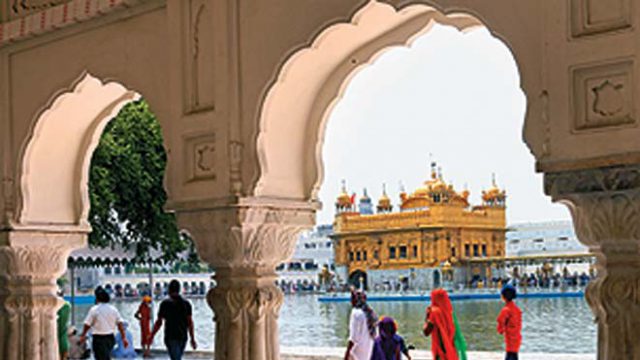 From the abundant bird life of Harike Wetland to the magnificent architecture of the Virasat-E-Khalsa, here’s where you should go when in Punjab