in its balmy environs. Long renowned for its coffee and spice plantations, where one can book a colonial homestay experience, the Coorg region is also rich in wildlife—come here to meet Malabar squirrels and tigers. In Dubare, look forward to interactions with elephants at the gov­ernment-run Elephant Training Camp. Go trekking in forest trails along the Ka­veri to the Pushpagiri and Brahmagiri sanctuaries. At Madikeri enjoy rambles in Tippu’s fort. At Kakkabe climb Thady­endamol Peak and look for rare orchids. The nearest airport is Mangalore Interna­tional Airport, 160kms away.

BADAMI, PATTADAKAL, AIHOLE
The seventh century site of Badami represents the sophistication of Cha­lukyan architecture. Of Badami’s four richly carved cave temples, three are Vedic caves, dedicated to Shiva and Vishnu, and the fourth, with its idol of Parashwanatha, to Jain deities. Patta­dakal, with its Virupaksha Temple, is a World Heritage Site. Among the 10 temples in the complex are also the stunning Mallikarjuna and Papanath temples. Erstwhile Chalukyan capital Aihole is home to 100 shrines built be­tween the 6th and 12th century AD, the star attraction being the Durga Temple, which has a fusion of Dravida with Nagara architectural styles. Use Badami as your base for a day tour of the other two. Accessed from Hubli (115km), which is a six-hour drive north­west from the state capital Bangalore.

MYSORE
Central to this erstwhile royal city is the massive sprawl of the Mysore Palace, home of the Wodeyar royals. Rising Phoenix-like from the ashes of a terrible fire, this grand palace is the first stop for visitors in the city—for the daz­zle of its Darbar Hall and Kalyana Man­tapa. The palace design and aesthetic displays a mix of Hindu, Islamic, Gothic and Rajput styles. A higlight is the dra­matic lit-up view after sunset. The 10-day-long Mysore Dasara Festival was a royal initiative, and is celebrated lavishly with the public display of the Golden Howdah even today. Set off on a languid trawl of Mysore’s other ornate palaces, gardens, Chamundi Hill and old markets where you can pick up Mysore silks, sandalwood joss sticks and gar­lands of fragrant jasmine. Mysore is a 146kms drive from Bengaluru, which takes 2.5 hours.

HAMPI
Its jaw-dropping carved tem­ples, palaces and other ruins of the Sacred Centre around Hampi Bazaar and the Royal Centre near Kamala­puram from the legendary Vijayanaga­ra Kingdom provide a window into the world of medieval South India and its enormous wealth, noted by many writers of the era. But adventure buffs in the 21st century love it for the great landscape of giant boulders among which the historic site stands. A hand­ful of rock climbers from abroad dis­covered the potential of Hampi as a granite bouldering climbing site. To­day, would-be boulderers seek locally available professional help to explore Hampi’s 700 boulder challenges, es­pecially in November and December. Hampi is accessed from Hospet (13km). The 341kms drive from Bengaluru takes about six hours.

RIVER TERN ISLAND
An all-year re­treat, this picturesque island rises off the sparkling waters of the backwaters of the Bhadra river, just 4km from the Bhadra Tiger Reserve. The river shares the secret of this special place with only those who venture into these parts. You can’t stay on the island itself, as it dis­appears when the monsoon engorges the backwaters. But before that hap­pens, it’s the residence of the river terns, who have been using it as a nursery for years. Stay at Jungle Lodges River Tern Lodge here and take a boat ride to watch the chicks come out to take their first swim. Watersports are also on offer by the resort. The island is about 275kms from Bangalore.

SHIMOGA
Sequestered in the verdant upper reaches of the Western Ghats this city lies on the embankments of the Tunga river and is popular as the gate­way to Karnataka’s beautiful Malnad re­gion. Back-to-nature experiences are the heart of a stay here. The Tyava­rekoppa Lion and Tiger Reserve, 10km away, gets droves of visitors. The Sakre­bailu Elephant Camp is just 14km away and birding at Gajanur Dam (12km) is quite popular. So are day trips to Jog Falls (829 ft) with its four cascades, 100km away. Mattur, 8km away, is In­dia’s famous ‘Sanskrit village’. Shimoga railway station is served by trains from both Bangalore (276kms) and Mysore (275kms).

DANDELI
Said to be the oldest declared game reserve in India, Dandeli Wildlife Sanctuary is where you can spot the elusive black panther. Flying snakes, fly­ing squirrels and flying lizards are other unique denizens of this pristine world, also famed for its rare and colouful hornbills. The white water rafting expe­riences, arranged by Kali Wilderness Adventure Camp on the Kali River, at­tract many adventure buffs. For the less adventurous there are gentle coracle rides on offer. Jungle safaris are ar­ranged by the Kulgi Nature Camp. Trek­kers can conquer Shiroli Peak and fur­ther ahead explore the network of lime­stone caves at Kavala. The nearest rail­way station is Alnavar, 35kms away. 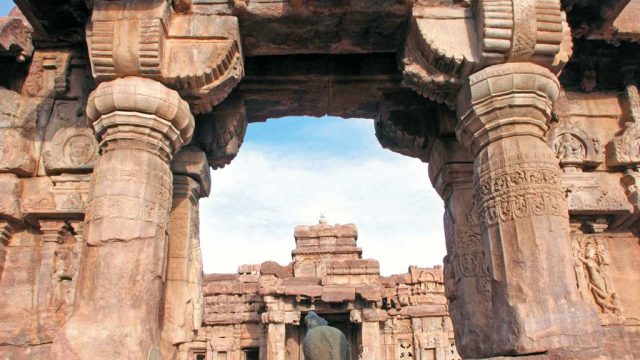