Home » Destinations » Features » Sikkim: To Zero Point and Back

Anger is a powerful motivator. It can plunge you headlong into avoidable situations. That’s how I’d landed

in North Sikkim’s Yumthang Valley—too early in the season, without a travel partner, the benefit of careful research or even the antidotes to treat a possible bout of high-altitude sickness (HAS). I was proving a point to the friend who had ditched me at the last moment.

I’d taken back photographs from that trip. And the memory of a pot-bellied man in a red pullover bounding down the valley slopes, yelling “Ho, ho, ho!” à la Santa. “No running! No shouting!” I remember him snapping at his two children who were happily emulating him. “Haven’t I warned you about HAS? Haven’t I?”

Of course I remember him, that doctor from Mumbai, flaunting a fancy gadget for measuring oxygen levels in the blood.

Another image, blurred, shadowy, hovers beyond the reach of memory. Of a horse? No, his master… Not sure. It was long ago.

It will be different this time. We’re well into summer, for one. And an excursion is also planned to Yumesamdong, a further 26km beyond the valley and nearly 4,000ft higher. What’s more, I have a travel companion. Who’s glowering at me across the breakfast table in our hotel in Lachung, a tiny village perched at an altitude of nearly 9,000ft—the night halt for those heading for the famous “valley of flowers” 24km away. Where, incidentally, not a bloom had been visible on my last visit.

“If it’s anything like yesterday…” M, a first-time visitor to Sikkim, warns.

Yesterday had, admittedly, been arduous, the road to the sacred Gurudongmar Lake stubbornly unyielding.

It will be different, I tell her. And it is—somewhat. The newly birthed yak calves I’d once seen grazing on the slopes are gone. The trail of snow from avalanches sneaking through the verdant expanse of forest has vanished. As have the signboards urging locals to visit specified health centres for the treatment of TB and thyroid-related disorders. What remain unchanged are the quaint, singsong names—Toong, Phenegla—of villages along the way. And the road, of course—brutal as ever.

It can’t get worse, surely? It does, as a landslide zone comes into view. Chunks of the surrounding cliff face, sheared off, as if by some superhuman force, lie in a collapsed heap below and uprooted trees, stripped of bark and foliage, lean against each other like drunken skeletons. The tranquil green expanse of Keepso Lake does nothing for my friend’s sombre mood as we bump our way past. I’m steeling myself against the inevitable recriminations when the Shingba rhododendron sanctuary through which we’re passing springs a surprise. The flowers are in full bloom—mile upon mile of blood red, vibrant pink, delicate mauve, lemony vanilla—against a backdrop of glittering snow-laden peaks. The scene of devastation we’ve left behind seems a mere illusion, as does my earlier memory of a sanctuary denuded by a late winter.

Hurrying us into his favourite tea shop, where Siberian-strength winter gear is available for hire, our driver Raghu urges us to take our pick. “For snow in Yumesamdong,” he explains. “We go there quick and come back to Yumthang later, okay? Because of weather…”

At such altitudes—Yumesamdong lies at an elevation of 15,748ft—weather is the Great Dictator. Attired like Eskimos, we drive off. Less than halfway to our destination, the sun begins to wilt. Fog rolls in. Foliage surrenders to rock and snow. And more snow.

Finally, we’re stepping out into a world of dirty white that yearns for a good soak in Tide. Crowds of tourists are caught up in a raucous snowball fight.

“Auntie!” a young member of the friendly Gujarati contingent we had met yesterday on our way to Gurudongmar Lake yells out in cheerful recognition. “You here too?” His tone rings with incredulity at the foolhardy perseverance of the ancients. But he’s kind. “We have camphor, if you need,” he offers, referring to a popular antidote for HAS. “Also, brandy. But no fears, Auntie! We not drunk!”

I wave back in vague acknowledgement of his earnest assurance. But my gaze is travelling up the road that snakes into the snows ahead. It’s closed to civilians. This far and no further? Is that what Zero Point—the popular name Yumesamdong goes by—really means? Trekking along those forbidden heights with special permission wangled through a pal in the Indian Army, a young friend had suddenly found herself frozen into immobility, unable to make her brain issue commands to her body. She hadn’t recognised the symptoms of hypothermia, a potentially fatal condition most only read about. Had the group of Army officers accompanying her not turned back to check why she was lagging behind…

I mull over the name again: Zero Point. The point of no return…

We drive back to another realm—a Yumthang Valley milling with tourists. Raghu leads us down to a lonely spot by the Lachung River, known in these parts as the Yumthang. It rekindles memories of another dimension, of snow-capped peaks girdling a grassy meadow, of a silence so imperturbable that not even a passing Army helicopter out on a routine surveillance mission would shatter it. There it is again, that white horse, grazing nearby. Its owner, a solitary Tibetan nomad, his bronze, high cheek-boned profile as regal as that of an ancient Inca king, gazes into infinity, lost in the reverie of some secret world. With the quiet dignity befitting a monarch, he declines to pose for a shot…

Clickclickclick. I snap back to the present. Raghu is busy taking pictures, focussing my camera lens on the river, the silvery mountain peaks, the violet primulas growing wild around us, the solitary yak seemingly posing for posterity. A harsh wind whips the white prayer flags erected on poles into a frenzy.

Whup, whup, whup, whup! The flowers, the yak, the flags are new additions. The silence, once real, is long gone. The horse too. And its master, the majestic Tibetan I had seen here long ago, has vanished, perhaps over the mountains and into his distant dream. Today is another era, another world, where loud men in red pullovers with fancy gadgets take precedence—even in memory.

Getting there: Several domestic airlines operate flights between major Indian cities and Bagdogra airport. Car hire services and share taxis are available from the airport to take you to Gangtok for an overnight stay. The travel desk of your hotel in Gangtok or any of the several travel agents based in town can arrange for a car and driver to take you to Lachung, between five and six hours away, depending on weather and road conditions. Following an overnight halt in Lachung, the same driver will take you to Yumthang Valley and Yumesamdong.

Where to stay: The historic Gangtok The Elgin Nor-Khill Hotel or “house of jewels” harks back to the era of the royals in Sikkim, and is resplendent with folk art and design motifs local to the region. (Rs 9,950 per head on twin-sharing, www.elginhotels.com). Lachung Yarlam Resort is North Sikkim’s best known hotel, just 12km from The Valley of Flowers National Park (Rs 10,000 per head on twin-share basis; www.yarlamresort.com).

What to see & do: Entry to North Sikkim is only possible on a guided tour, and a travel permit must be organised in Gangtok 1-2 days prior to travel. Lachung is 120km, and travel takes 5-6 hours. Lachung Gompa is one of the most picturesque in Sikkim. Yumthang Valley is about 140km from Gangtok.

HAS tips: Carry Diamox (250mg) tablets or homoeopathic antidote Coca 6 to counter possible symptoms of high-altitude sickness, especially for the trip to Yumthang Valley and Yumesamdong which are located at higher altitudes. Keep yourself well hydrated and avoid undue exertion. 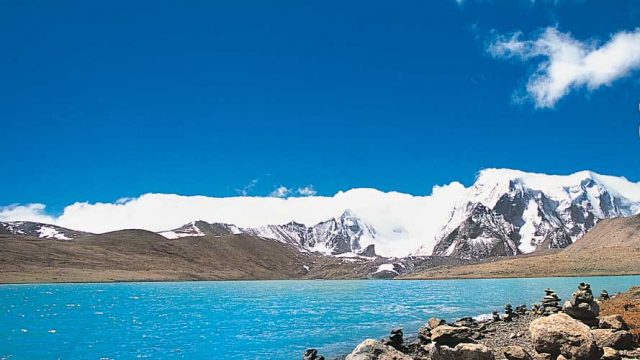 Lachen: Deep in the Himalaya

The far north of Sikkim, surrounded by high mountains, is a different world 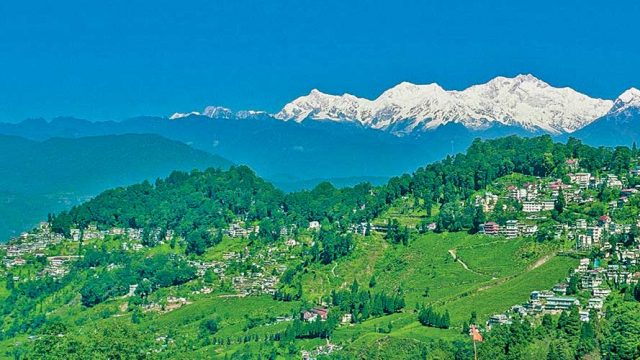 Trekking and Climbing in the Eastern Himalaya

A brief history of mountaineering in Sikkim and Arunachal Pradesh 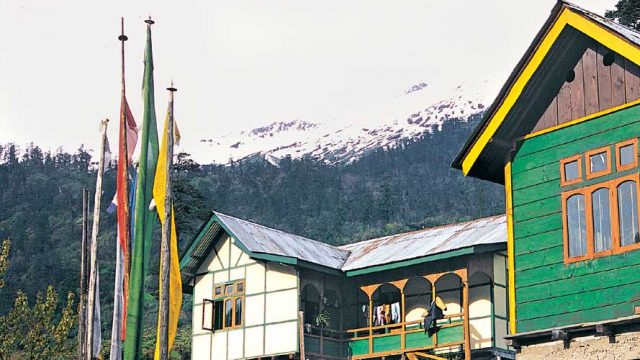 Lachen: How Green is my Valley

From dense pine forests to the stunning Gurudongmar lake, Lachen is the ultimate Himalayan destination