It’s literally a sweet little town, named for the nectar dripping off Shiva’s locks, but in every

other sense it belongs to the goddess. There was a forest here once, and a merchant on his travels through it came across Lord Indra, worshipping a shivalingam under a kadambam tree. He reported this sight to the king, who instantly ordered the forest cleared and a temple built around the lingam, and a city built around the temple. The lingam is still there, and even the stump of a kadambam tree, though it is too far away to have been the one that sheltered the lingam. Shiva is the presiding deity, but everyone calls it the Meenakshi temple.

Meenakshi was the daughter of King Malayadwaja Pandyan. She was born out of a sacrificial fire and had three breasts. But a mysterious voice reassured the alarmed king that his daughter was divine and would lose the extra breast when she met her consort. The voice also told him to raise her as a prince. Meenakshi was trained in war and crowned ruler of the land. She defeated many kings and gods in battle, until she met Shiva on the battlefield and recognized him as her divine mate.

The wedding of Meenakshi and Sundaresan is one of the most popular tableaux of the region. It appears on temple pillars, wedding hall archways, window grills, invitations, shop signs. The guide who points out the particularly fine representation of Meenakshi’s wedding on the Kambathadi Mandapam, the extravagantly carved pavilion in line with Shiva’s sanctum, makes much of the fact that the warrior queen stands in front of her bridegroom with her head bowed.

You could spend days in this temple. In the early morning, workers are sweeping the gateways and security guards are still plugging in their metal detectors at the five entrances. White fluff marks the brightening sky behind the gopurams, and the stone is cool underfoot. Inside, there are already long queues.

Unaware that the custom is to see Meenakshi first, I head to Shiva’s sanctum. There are rich sculptures here, but I’ll look at them later. Something is surely about to happen. There is a restless murmur and, among the dazed wanderers in this universe, a thin but steady trickle of the initiate towards the sanctum. There, instead of men on one side and women on the other, the throng has divided itself into visiting and local. The line of locals is easygoing, with more opportunities for cutting in. On the other side, a string of Maharashtrians and Rajasthanis, swathed in shawls and shivering from their cold baths, seems to have brought the northern winter with it. An elder barks out “Uttho!” and they all snap to attention in time for the aarti.

To reach Meenakshi’s sanctum we have to go all the way out to the front, past the silver-coated Nataraja dancing with his right leg instead of his left in the air, past the Kambathadi Mandapam, past endless pillars and pairs of dwarapalakas, and double back, so that the god and goddess seem to be in two different temples entirely. There are special tickets that take us right up to the Meenakshi sanctum, close enough to see the dark emerald gleam of the goddess in the light of the 8am aarti.

Temple music here in the capital of the Pandya Empire is not a close-loop tape. It is moving, live and lavish, six singers taking turns throughout the day to praise the gods, the early morning singer especially fine. Every Friday evening the goddess is carried on a wooden horse through the streets around the temple, as nadaswaram players proclaim her arrival and progress. In every corridor and courtyard, there’s a sudden bustle and a mini-procession, with musicians, priests carrying lamps, and a garlanded deity making the rounds. They say even long-time residents can’t keep track of all the pujas performed here.

The Pottramarai Kulam or golden lotus tank is a rectangle of moss-green water eight inches deep, made much of with railings, potted plants, a strip of lawn and a gold-plated lotus. The sudden open sky above it is a relief from the colonnades and heavy granite. Eighteen centuries ago, the Sangam poets met here to judge the work of their peers. Now pilgrims and tourists gather on the steps to rest their feet, eat their prasadam and scold their straying children. It is from the south side of the pond that the layout of the temple is suddenly clear, all its gopurams and the two gleaming vimanams rising in a single frame.

The Thirumalai Naicker Palace is a short ride away by cycle-rickshaw, a clicking, twitching mode of getting through the narrowest possible lanes, as householders sorting rice on front stoops whisk their feet out of its path just in time. The 17th-century palace is a silent counterpoint to the vibrancy of the ageless temple. Once there were pleasure gardens here, a pond, queens and a dance hall where, according to the board under the big dome, dancers performed in the light of flaming torches.

It marks the second time in a long history that Madurai was an imperial capital. The Nayaks who set up house here in the 16th century were an independent dynasty of the Vijayanagara rulers of Hampi. The palace had a short shelf life, as palaces go. Thirumalai’s grandson pulled down much of it to build monuments in his new capital at Tiruchirapalli. Only a quarter of it all remains, and that thanks to Lord Napier, Governor of Madras, who in 1858 protected it from further damage.

It is hard to imagine courtiers and queens sweeping between these soaring pillars. Now there are only tourists sinking gratefully on to the steps in the cool, pigeon-haunted hollows. Occasionally the silence is shattered by excursions of six-year-olds in pink, blue or green checks, walking in goods-train formation. Their teachers point out 8th century stone idols in the museum, and are ignored. The children are too engrossed in dispensing cheeky grins and tatas to us, their faces mobile and ecstatic.

Even after record rains, the Vaigai river is a line of alternating puddles and grassy patches littered with washing, but there is a pretty bit of water near the Vandiyur Mariamman temple. The temple is a marvel of dirt and tolerance. Families with luggage are seated as if on a picnic ground, eating their lunch out of tiffin carriers. Mariamma is always the goddess in the street, but this shrine is larger than many. The protector of the poor and cast-out is herself guarded by two dwarapalakis. Paintings on the wall show the goddess in her many forms, her feet resting nonchalantly on defeated demons, snakes and severed heads.

The tank was created when soil was being excavated for construction elsewhere in Madurai. A seven-foot-high Vinayaka idol was discovered, turning the excavation site into sacred space. The Vinayaka is installed as the Mukkurini Pillayar at the Meenakshi temple, in the outer courtyard of Shiva’s sanctum.

The Pandyans started building the Meenakshi temple and the Nayaks finished it and took the credit, according to our guide’s spin, but reconstruction involved much more than the carvings and embellishments. There were invasions, directed by the Delhi Sultanate, which completely flattened the temple. And before all that, Kannagi, heroine of the Silappadikaram, flung her anklet at the Pandyan king, cursed the city to burn to ashes, and stormed out of what she declared to be a land without justice. When we hear Madurai we think Kannagi, but her name doesn’t come up. We don’t find a Kannagi Hotel here, or Kannagi Jewellers. The people of Madurai have moved on.

The Pudumandapam is a thriving marketplace in Madurai, its corridors jammed with sellers of kitchen tools, bangles and laminated snakes and ladders boards. Most numerous are the tailors who stitch the drapes of the gods as well as the sari blouses of the devout. Between the stalls are pillars carved with astounding beauty. That wedding tableau again, Ravana lifting up Kailash, Shiva bringing his foot to his forehead in a dance to beat all dances, and — my own special discovery, in the darkness of the eastern corridor — the three-breasted Meenakshi, the warrior queen before she met her consort and bowed her head.

Madurai has an airport with daily flights to Chennai and Mumbai. There are extensive connections by bus and train to Chennai (Pandian Express is best, leaves 9.30pm, arrives 6.15am).

To feel the pulse of this town it is best to be cheek by jowl with the gods, in any of the middle-range hotels near the railway station and the temple, safe even for late-night walking. Hotel Supreme (www.hotelsupreme.in) on West Perumal Maistry Street is among the cleanest of these. The more economical Hotel Prem Nivas nearby (0452-437-8787, premnivas@eth.net) is reasonably clean. There are plenty of luxury options, but they are far from the action. The Taj Garden Retreat, set on a low hill in beautiful, peaceful grounds, is the best of the lot (www.tajhotels.com).

Food is clean, cheap and delicious. Madurai is idli country and Murugan Idli Shop on West Masi Street serves them soft, light and steaming at any time of the day, along with any other kind of tiffin and outstanding coffee. Idli sellers set up stalls around the temple just as the bigger tiffin houses close down for the night. MDU College House Restaurant and Annai Meenakshi (back to back on West Perumal Maistry Street) are excellent for meals and snacks; the latter has friendlier service.

The Madurai Meenakshi Temple is open from 5am-12.30pm and 4pm-10pm. Guides can be found inside the south gate, near the Help You counter, and charge from Rs 50 (to just show you the two deities) to Rs 200 (for a full historical tour of the temple). The special darshan ticket is well worth it. The inner courtyards of the main deities are restricted to Hindus. Just across the Help You counter is a stall that sells maps of the temple.

The Tirumala Naicker Palace is open daily 9am-1pm, 2-5 pm and is a long walk or a short rickshaw ride southeast of the Madurai Meenakshi temple. Entrance is Rs 10 and although a sign says no photos are allowed, guards don’t seem to enforce the rule. A museum within the palace displays sculptures from the 8th century onward.

At the Vandiyur Mariamman Teppakkulam, 2km east of the Meenakshi Temple, there are paddleboats you can operate or motorboats you can ride in. The boatmen wait for a group of four.

The markets outside the temple are great for palankuzhi (a classic game played with cowries on a board with 14 holes), wooden toys, straw baskets and fragrant, dark red thazhampu kunkumam. The Pudumandapam is great for strange utensils, books, cloth bags, and costume jewellery. Those looking for tie-dyed Madurai sungudi saris must face heartbreak or go to Chennai, but other handlooms are good at South India Hand-Looms just south of the West Gopuram on West Chitrai Street. 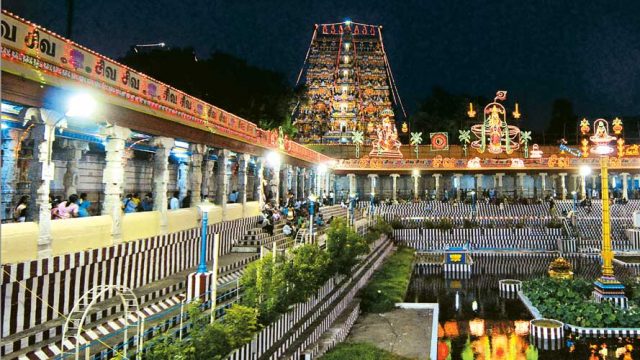 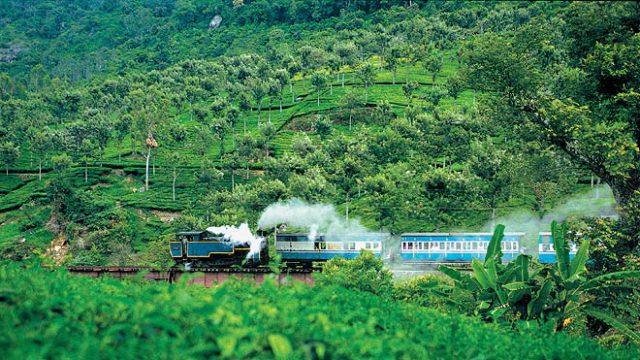 The Best of Tamil Nadu

From a peek into classic art and architecture to a journey through tea estates, Tamil Nadu has a lot to offer 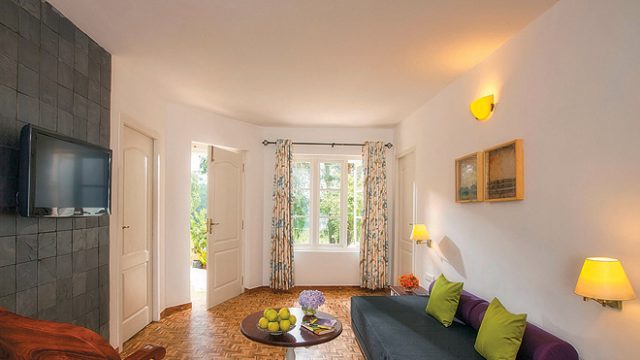 Kodai — By the Lake, with cottage blocks named after flowers, blooms afresh after renovation