We’ve all seen the #wanderlust hashtag at some point in our lives.

given it pride of place on your Instagram, or internally cringe at the thought of using it, one thing’s for sure—the content found within is extraordinary. And no matter the crowd you fall into, chances are you’d love to photograph an exotic location that wouldn’t set you back thousands of dollars. If that’s the case, Tunisia is the glittering land of multitudes you should visit next. Sandwiched between Algeria and Libya, the country hosts a hybrid spectrum of rare opportunities for travellers. With its unique architecture and exquisitely alien landscapes, there are several sights hidden within—locales that a photographer would definitely relish in adding to their portfolio.
Whether you’re a seasoned professional looking to avoid the prosaic, or an amateur looking to heighten their interest in travel photography, Tunisia is relatively small (about the same size as Andhra Pradesh!), tourist-friendly, and unflinchingly affordable; a month-long stay would easily allow you to capture the finest frames the country has to offer. And while it’s perfectly safe to explore the country’s streets by yourself, taking a local guide along could help extract the best out of lesser-known spots and help fatten up your portfolio.

A lesser known spot to spend some quality time in; Mohamed Ghorbel

With its arresting blue and white buildings, Sidi Bou Said reminds us of Greece’s famed Santorini island. Sitting pretty on an aquamarine coastline not far from capital Tunis, you can start off your trip with a vibrant self-portrait against its bougainvillaea- covered walls. Once the Instagram cravings are nourished, head to nearby Carthage—the ancient home of the Phoenicians. History remembers the city as an empire razed to the ground in the Third Punic War (146BCE), only to be rebuilt as a centre of Afro-Roman excellence. You can imagine how Virgil’s Aeneid must have played out here, as the old amphitheatres, baths, necropolii, residential areas and basilicas still exist. Next, you can travel to Dougga: a 75-hectare ancient hilltop province in the north-west, it’s believed to be the first capital of the Numidian kingdom. Dougga has remarkably preserved its public buildings of yore and offers a glimpse into the indigenous Berber and immigrant Roman population that once peacefully coexisted. The archaeological site of Bella Rigia near Jendouba is another great idea for a
photographic dekko—you can frame its Roman mosaics within the backdrop of the lush Kroumirie mountains nearby. The town of Béja, with its white terraces and red roofs, is another option.

Bonus Local photographer Mohamed Ghorbel (@mohamed.ghorbel) recommends visiting the suburbs of Sfax in eastern Tunisia, where you can find isolated traditional Mediterranean dwellings, known locally as borj. With thick walls and vaulted roofs that provide natural air-conditioning, these are century-old summer homes. And while a tad difficult, try to visit the mosques, souks, synagogues and museums of every city you check in to, as they’re likely to boast splendid blends of Arab, Vandal, Jewish, Roman and Punic architecture.

Visit the settlements of the native Berber people, and capture the rich detail within this friendly community. With their colourful attire and jewellery (and not to mention the definitive facial tattoos) the Berbers (also known as the Amazigh) are certain to make for stunning portrait shots; their striking features that mix Arab, European and African influences, are an intriguing bonus. Stay over past sunset, and you can also capture their traditional music and dance performances. If you’re not comfortable in approaching strangers, there lies enough opportunities for creative self-portraiture (or turning your companions into models!). Be it using the graceful twists and turns of local architecture, the deep blues of the sea or the infinite curves of sand dunes, there’s an abundance of backgrounds to work with that come armed with their own unique interplay of lighting, shadow, colour and texture, adding an additional dimension to simple portraits. Fashion photography is a fun avenue to explore here—either shop from Tunisia’s many boutique outlets or rent traditional outfits and jewellery to layer up and create your own mini-magazine cover.

Tunisia’s streets invariably differ due to a complex mix of local preferences and weather. If you’re game, a trail from north to south is ideal, as you’ll immediately notice the shift in settlement patterns and lifestyle with the terrain. If short on time, visit the major medinas of Tunisia. These are older, walled quarters typical of many North African cities, with narrow, winding streets that are packed to the rafters with locals, tourists, markets and many, many arches. Head to the Medina of Tunis (a UNESCO
World Heritage Site) or smaller medinas in Sfax and Kairouan, and capture a slice of everyday Tunisian life. Matmata is a small Berber-speaking town that photographers should visit to experience the hypogean way of life; some residents still live in traditional underground homes and entertain guests with hospitality and folklore. Keep in mind that use of DSLRs might seem imposing in these conservative areas, so try mobile photography instead. Today’s smartphones have an adjustable aperture, artificial bokeh and Manual shooting modes, so achieving the desired depth of field and exposure levels shouldn’t be a problem.

Much like India, the tiny country is blessed with environmental diversity determined by high altitude topography and north-south rainfall. The north comprises mountain ranges of the Tell Atlas, rolling hills, olive farms, plains and forest cover, while the south is mostly desert. Capture shifting sand dunes at Jebil National Park, or the limestone hills and forests of Djebel Serj that overlooks the Lakhmes barrage. Modern nomads can visit the town of Douz for palm trees, camels and an annual four-day International Festival of the Sahara, to capture music, dance, horse races and more. Eastern Tunisia is party central, showing off white beaches dotted with resorts and boutique hotels; longtime local shutterbug Monaam Ben Fredj (@monaambenfredj) suggests visiting coastal cities like Tabarka and Sousse, as well as Djerba island, for spectacular sunsets and astrophotography. Summer temperatures can touch 40 degrees C though, so make sure to back up your work and give your camera body some much-needed breaks in between.

Bonus If you’ve got an adventurous streak, try diving, and film the rich underwater ecosystems of the Gulf of Gabès.

Despite feeling the tremors of terrorism less than a decade ago, Tunisia remains unruffled, marching forward with welcoming arms, its people a multi-ethnic patchwork of the insouciantly breezy. Their inherent openness allows photographers and filmmakers to intensely savour the country’s soul, and it’s an experience sure to inspire a preliminary storyboard on the journey home. 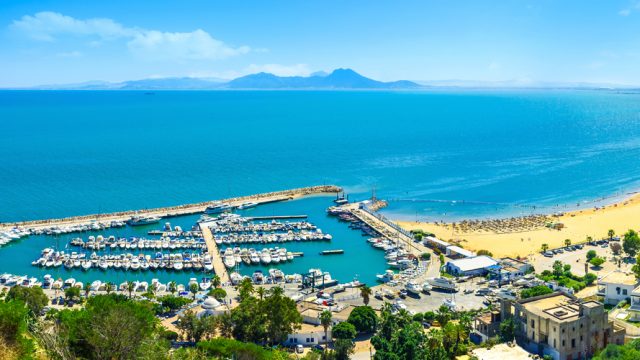 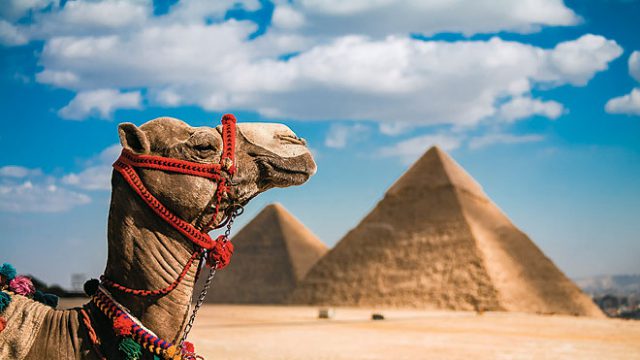 From a Gandhi-inspired tourist circuit around South Africa to the ancient ruins of Algeria, here’s a list of the quintessential Africa for you 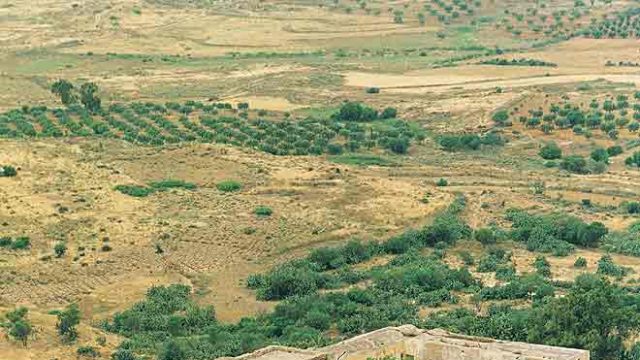 In an antique land: Tunisia

Drift through the olive groves and the romantic Carthaginian and Roman ruins of Tunisia.