When I moved from Mumbai to Kolkata, I missed the sea the most. So, two months later,

the prospect of visiting Sri Lanka got me excited about seeing the sea again.

Three and half hours in a Sri Lankan Airlines flight through the blue skies, dotted with cotton clouds, was a good trailer for the majestic views that the ‘pearl country’ had to offer. The emerald-green Indian Ocean, the canopy of coconut and palm trees, stretches of farms by rivers, lakes and reservoirs, terraced farms and tea gardens on hill slopes, and vast expanses of forests were all in store for me and my friend as we landed at Bandarnaike International Airport.

Colombo, the capital city and our first stop, stands out for its tree-lined, clean roads that lead to open parks and grounds that host cultural functions every evening. One of the main shopping complexes of the city is set in the precincts of an old Dutch hospital.

The Sigiriya rock fortress atop the Lion’s Claw

I was already in love with the country, gauging from the view of the Indian Ocean from our hotel room. A view intermittently blocked by a train chugging along on the tracks that run parallel to the street on their left and the sea on their right. With a taste of crab soup, Sri Lankan coffee and a plate of milk rice and prawn curry, we started our journey towards Habarana, looking forward to a forest safari scheduled at the Kaudulla National Park and a 1,200-step climb up to the famous Sigiriya Rock, a UNESCO World Heritage Site.

At Habarana, we stayed by a lake where elephants come to bathe and drink. After a sumptuous lunch comprising rice, jackfruit cooked in tamarind, beans cooked in grated coconut, a crab dunked in a spicy gravy, coconut sambol and loads of poppadum, we headed towards the Kaudulla National Park. After an hour’s drive in a jeep, we stood in front of 400 elephants grazing on the greenest grass spread over a stretch of 6,900 hectares. What a sight!

Next morning, we were set to ascend 1,200 stairs to reach the ruins of the palace of King Kasyapa, mounted on a stone lion’s claw. During the 90-minute climb, whirling winds, trees and hills gave us company on our way. At the top, we sat amidst the palace ruins, mesmerised by the views down below.

A view of Lake Kandy

Our next stop was one of the most popular hill stations in Sri Lanka—Kandy. Here, at the highest view point of the town, the last rays of the sun fell on the glistening water of Lake Kandy and the swans swimming in it, as lights flickered on in the distance one after the other, like stars turning up at dusk. After a cultural performance in the town hall, we bid adieu to Kandy and set off for Nuwara Eliya. But, on the way, we had another climb—a flight of 400 stairs—to see another UNESCO World Heritage Site, the Dambulla Cave Temples and the Golden Temple. Sombre statues of Buddha in all the five temples here are steeped in artistic brilliance and showcase the historic and geographic confluence of Southeast Asia.

Charmed by the elegance and magnanimity of the cave temples, we travelled on the meandering roads to Nuwara Eliya. Through sun-kissed tea gardens, terraced farms, little huts by the road selling food, marigolds and banana flowers lining the street, the view resembled a painting made by a child. On reaching Nuwara Eliya, we spent the evening by Lake Gregory, soaking in the view of the sun going down at the horizon and consuming bowls of hot Maggi to beat the chilly winds.

A trip to Sri Lanka would have been incomplete without a train ride. Thus, on a foggy morning, we waited at the Nanu Oya railway station for the Sri Lankan Railways to take us to Ravana’s village, Ella. If there’s a tour of paradise, I am certain it is this.

Our next and last stop was Galle. We stayed inside the Galle Fort, a fortification that starts from the clocktower at one end and encircles the entire Dutch settlement till the lighthouse at the other end. An hour-and-a-half-long walk from the clock tower to the lighthouse with the sun setting into the waves of the Indian Ocean makes you wish that time would stand still.

Next morning, we headed out into the sea from the neighbouring village, Mirissa, to see blue whales. We ferried 15 miles into the ocean to see a sudden fountain-like burst in the middle of the sea. Once you spot the biggest mammal on earth, you just sit and stare, overwhelmed, at the giant coming up to breathe and diving back into the ocean.

As we drove to the airport, I stared at the green-blue sea and thanked God one more time for this wonderful trip.

The red soils of the Chhota Nagpur Plateau and the many ghats of Varanasi and Kolkata are the places where Supriya Dutta grew up. The bylanes of Bombay are where she honed her professional skills as a writer and social strategist before deciding to return to Kolkata earlier this year. On busy weekdays, she identifies the most fitting place to visit next. On weekends, she wanders in the gullies of Calcutta on a bus or a tram, capturing moments on her smartphone. 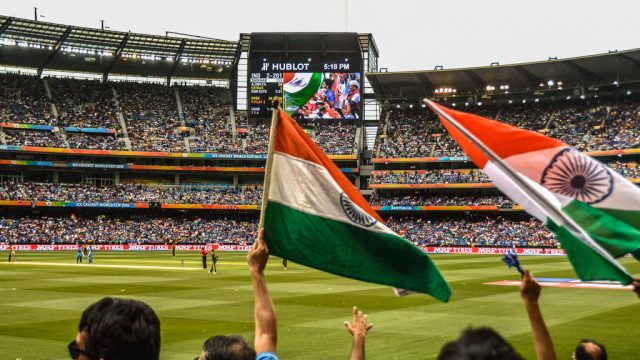 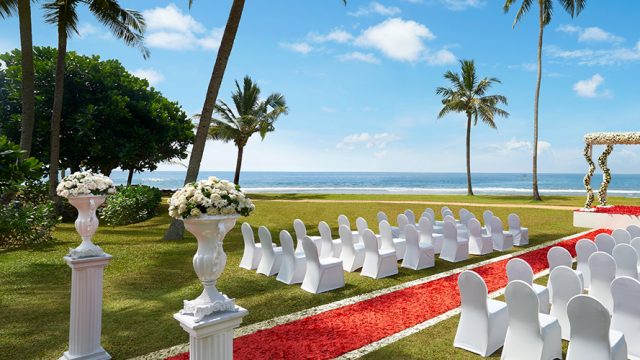 Have a destination wedding in Sri Lanka