I am deeply grateful. In one fell swoop two old and forgotten delights have resurfaced in a

heady cocktail: the jungle and the horse; and I can’t stop grinning. A serendipitous childhood meant that the dull monotony of school and severe teachers was relieved by long, thrilling afternoons on horseback. We were vaulted on top of the animals almost as soon as we could walk and we grew with them and became fearless, galloping, falling off and getting back on top without fuss or worry.

Winters were spent with the family, friends, and old retainers in a vast camp replete with elephants and skilled shikaris in the north Kheri belt of the Terai jungles. Memories awaken and swell like the sweet pain of old injuries: the smell of gun oil and spent cartridge shells mingling with woodfire and the pungent odor of hanging game. The taste of sweetened condensed milk, of sour ber plucked from thorny bushes among the Tiger Grass. The sound of exuberant laughter and whoops around a crackling campfire; the palpable feeling of love and well-being; the whiff of whiskey on my father’s warm breath as he bends to tuck us into camp cots. This was life as I was growing up and it was good. Pity I allowed the exigencies and pace of a mad adult existence to intrude and gradually eclipse the way I once knew and loved. And now on the eve of our departure from the Riverside Resort on a three-day horse safari through the reserve forest bordering Corbett National Park, with the growing anticipation of pleasures recovered, I could be forgiven for not thinking of this as just another trip.

Bhalon…Stopped for a lunch break in a clearing of sal forest. The afternoon sun filters through weakly. The camp boys are unpacking lunch out of a magnificent wicker hamper, which gives me a few minutes to scribble in my notebook. We set out late this morning, thanks to the soles of my 22-year-old boots finally giving way. While the boots are being repaired I idle away the morning by the Kosi, breakfasting on egg sandwiches and coffee, hypnotised by the Mahseer darting about in the shallows of the swift, clear river. Soon boots are presented with a flourish, horses are saddled up, provisions loaded and we set off on a brisk trot.

The horses are superannuated thoroughbreds off the Bombay racetrack and they tend, as all racehorses do, to run with their heads down, weight on their forelegs. The good hack, on the other hand, needs to have his weight on his haunches, his head and neck higher than the withers, so that he is quick and responsive to turn or stop suddenly. I am on a grey gelding called Auditor whom I soon exchange with the more spirited Nature’s Miracle, latterly christened Michael by the syces at Riverside Resort. Michael is a bit of a dolt who hasn’t quite gotten out of his track conditioning. This basically means that if other horses start trotting, Michael is overcome with the irresistible urge to overtake with a great amount of fuss: champing at the bit, snorting, tossing his head and adopting a nervous crab-like gait. I intend to sort him out over the next few days.

The ride to Bhalon is magnificent. The horses cross the wide Kosi and climb up the ridge on the littoral to move into a thick teak jungle. Much of the riding is gentle walking through spectacular sal and teak forests. There are some stretches of soft loamy soil, which simply invite one to gallop, and we take off, let the horses bite the bit and run. The jungle rushes by as if in a dream. I have leaped into another age: into the exaggerated silence of hundreds of square kilometres of jungle, now broken only by the ragged, uneven breathing of the horses, their almost-muffled step beating out an ancient, syncopated rhythm. My breath is even, my heartbeat echoes the hoofbeats. This, I realise, with a slow dawning of pleasure, is a deeply civilised mode of travel. When we slow to a walk, idle thoughts race back into time, into new preoccupations: who were the last horsemen to traverse this swathe of land before the rude inventions of macadamised roads and motorcars, some British Sahibs? And before that? The Rajputs and Mughals? And before that…?

Sitabani…“Ashwamedha was a great horse sacrifice which only great kings could perform. Ramji had attached a gold medallion on its forehead and set it loose. The horse wandered through many lands unopposed until it wandered into this very jungle…”

“Then the brave Lav caught hold of it and refused to let it go. In the end Sita was humiliated, as Ram still wanted to put her through the test of fire. Bas! So she prayed and was swallowed up by the earth right here.”

I looked gingerly down at my feet. No, the ground was reassuringly firm beneath my boots, as was the old Mahant’s winning, toothless smile. “This is where the brigand lived until he became the great sage and poet, Valmiki,” he said, pointing up to the forested hillock in front of us. “His dhuni can still be found on top. This is where Sita found refuge when she was exiled. Therefore Sitabani, Sita’s forest.”

“And this mandir,” I said, pointing to a sweet little shrine of simple proportions which housed a charming image of the goddess with her two sons perched on her lap, “is this very old?”

“Twelve hundred years at least,” he said sagely, “my family has taken care of it for seven generations.”

The Babaji contradicted him later with quiet authority. “The mandir was built in 1982.” He rolled a joint as we joined him for evening tea at his kutiya above the temple. Clearly, in the heirarchy of mahants and babas, he was a notch higher and the old man deferred to him. I suspect the date of the site of the temple lay somewhere between the two and that the new temple was built upon the foundations of an older temple. In any case it didn’t matter. It was a charming place in the middle of the jungle. Langurs cavorted on trees that edged the temple grounds and a bubbling brook was held temporarily in check in a pretty paved pool before it cascaded further down the slopes.

We had ridden into Sitabani at dusk yesterday. The forest resthouse is a quaint whitewashed building, circa 1940, with a wide porch. It is also locked. We are expected to sleep in tents, which have been pitched by the enthusiastic camp staff. With some trepidation I recall the tiger census figures of Corbett National Park and persuade the chowkidar to open up the resthouse. Soon we have a blazing fire going in the fireplace. Chairs are drawn up and… Glenfiddich zindabad!

I awake early to sounds of the forest: some birds and silence and the loud tap-tapping of dew falling off the trees onto the tin roof. I sip my morning tea on a railed promontory overlooking the river. The forested hills beyond are as delicate as a watercolour dissolving into the mist in a succession of lighter washes.

Pawalgarh… The resthouse is dwarfed under huge semal trees. Carpet Sahib himself is said to have logged time in this beautiful, rundown dak bangla. The ride yesterday was a short two hours. Vicky, our charming host, regrets that we didn’t detour at Dhichuri, which would have added a few more hours to our ride, but I’m not complaining. We arrived in time for chilled beer before lunch, a short afternoon snooze and then a long walk along the river. At sunset it turned to a deep gunmetal blue. Small silver fish leaped out its rushing waters like coins flipped from an invisible hand underwater.

Garjia…I am back at the Riverside Resort, being plied with goodies from the tandoor as I warm my toes by a blazing fire. My body feels deliciously tired, but strong and present. I feel a tremendous sense of wellbeing. The horses are grazing in the paddock and whinnied softly as I passed them this evening. Michael actually came into his own today as we rode from Pawalgarh to Kaladungi. The heavens had opened up almost as soon as we set out from camp. We sheltered under the teak trees, their enormous leaves forming a great canopy above us, whiling away the time cracking silly Jat jokes. The rain eased but the wind took up, ransacking the trees and chilling my body. Then we set off in a brisk trot, and Michael quite naturally did what I had been trying to get him to do these past three days. I felt his weight shift back to his haunches, his neck curve into a perfect arch. He suddenly developed a proud springing step: a horse fit for an emperor. I felt like a million dollars.

The safari: Corbett Horse Safari organises three- or seven-day safaris in the forested regions around the Corbett National Park. The safaris begin at the same outfit’s Corbett Riverside Resort in Garjia.

What to take: Your own jodhpurs or breeches, helmet (the camp provides helmets but it’s best to take your own well-fitting one), boots and riding crop. In winter, also take a warm pullover and parka, as well as sleeping bag/blankets for extra warmth. Bring your own booze.

Season: Between October and April (though the Park is closed from mid-June to mid-November).

Getting there: The resort is situated at Garjia, 11km from Ramnagar station in Uttaranchal. Driving the 260km from Delhi will take about five hours. Or take the Ranikhet Express from Old Delhi station to Ramnagar. 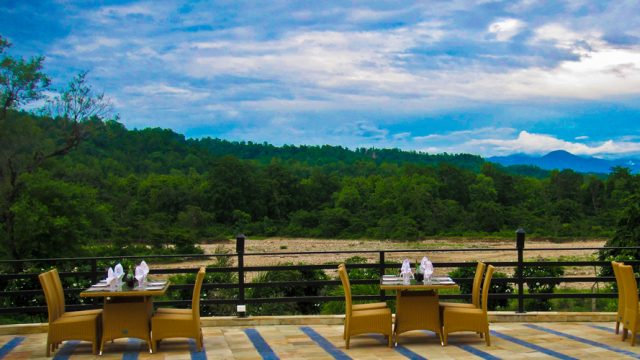 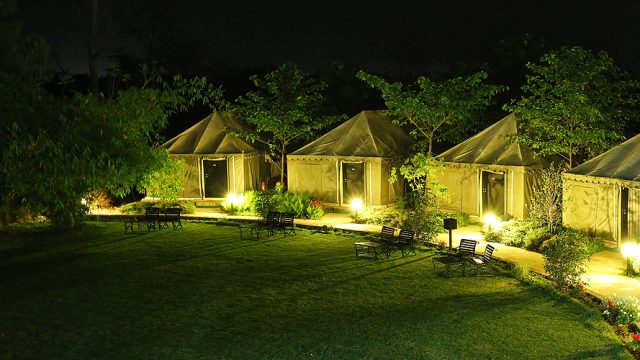 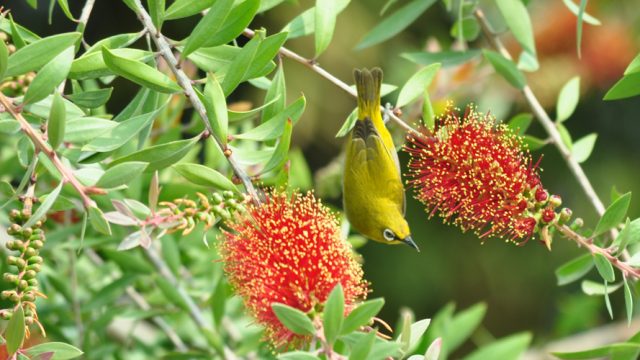