If you’ve gawped at the soaring twin towers of Kuala Lumpur, or marvelled at Singapore’s seamless transportation

system or wondered why a city as densely populated as Bangkok doesn’t fall apart, know that, before them all, there was Hong Kong. In 1841, when Captain Charles Elliot captured Hong Kong after winning the first opium war, he was rewarded by being relieved of his charge with these hard words from Lord Palmerston, the foreign secretary: “A barren island with hardly a house upon it! It will never be a mart for trade. You have treated my instructions as if they were waste paper.” The rest is history.

Prior to 1842, the name Hong Kong (literally meaning the ‘fragrant harbour’) referred only to a small inlet between the island of Ap Lei Chau and the south side of Hong Kong Island. This was one of the first points of contact between British sailors and local fishermen. Why fragrant? Two theories: this either refers to the harbour waters sweetened by freshwater from the Pearl River or, if you follow your nose, to the incense factories along the coast and their wares which, bound for foreign shores, were stored around the harbour.

A street mural in Hong Kong

As a colony of Britain, Hong Kong grew, mostly vertically, and prospered. So the world was a bit wary when the handover finally came up. It needn’t have lost any sleep. On June 30, 1997, the residents of Hong Kong went to bed in Britain and woke up the next morning in China. Thirteen years into the ‘one country, two systems’ regime has done nothing to dent Hong Kong’s free spirit or rampant consumerism. Welcome to the Hong Kong Special Administrative Region.

Getting Your Bearings
Hong Kong, the territory, of course, comprises the eponymous island but also Kowloon and the New Territories (both on the mainland), as well as the Outlying Islands. On the north side of Hong Kong Island lies, well, Central, home to the Lan Kwai Fong and Soho nightlife districts. Rising above them is the Mid-Levels residential area, best negotiated on the Mid-Levels Escalator, the longest outdoor one in the world. Higher still is Victoria Peak, or simply The Peak, the island’s highest point. Across Victoria Harbour lies Kowloon, centred around the glamorous Tsim Sha Tsui district. Reclaimed Tsim Sha Tsui East hosts hip hotels and museums. The New Territories mostly comprise housing estates and some pristine countryside, worth visiting for their temples and old Hakka walled villages. Most of the over 260 islands in the Hong Kong archipelago are uninhabited and/or inaccessible. Some of these Outlying Islands, like Lamma, Po Toi and Peng Chau, make for nice day trips. Lantau, where the airport is, is the largest of them all.

If you visit Hong Kong for no other reason, visit to revel in the sheer range of its topography, the startling commingling of hill and sea. Despite Hong Kong’s image of a pulsating world city, over 70 per cent of the landmass is rural and the terrain dizzyingly hilly. High-rises suddenly give way to dense swathes of green and before you know it you could be walking in a stunning forest, climbing a mountain or hiking through one of numerous protected parklands. You can go bird watching at the wetland park, laze on a tranquil beach or investigate the newly established Hong Kong Geological Park. And you thought it was just a concrete jungle.

Getting Around
Ninety per cent of daily journeys in Hong Kong are on public transport, the highest in the world. The backbone of the well-integrated transport system is the MTR (the underground), boasting nine lines besides the Airport Express line. The legendary Routemaster may have all but disappeared from London roads but in this far corner of the erstwhile empire, double-decker buses are the norm. The trams too are double-decks. For over a century, they have served as an inexpensive mode of transport. Even today, for HK$2 (Rs 12), you can ride the full length of the 30km track. The iconic and affordable Star Ferry (from HK$2), which began life as the Kowloon Ferry Company in 1888 (launched by Parsi merchant Dorabjee Naorojee Mithaiwala), is your best bet for crossing Victoria Harbour. Taxis are cheap and plentiful, with fares starting at HK$18. You could consider getting yourself an MTR tourist travel pass. Valid for 24 hours from first-use, it costs a mere HK$55 and offers unlimited travel on all public transport.

There’s no better way to kick off your Hong Kong darshan than atop the Big Bus Company’s open-top double-decker buses. The Red Tour takes in Hong Kong Island while the Blue covers Kowloon. The ticket (HK$320) gets you 24hr hop-on-hop-off access to both. There’s a night tour (HK$200) as well. See bigbustours.com

The popular Peak Tram is an engineering marvel

The world’s steepest funicular railway gets you to Victoria Peak in just eight minutes. Once on top, you can enjoy staggering views of the Hong Kong skyline or investigate the restaurants and other attractions (including Madame Tussauds) at the Peak Galleria and Peak Tower.

The Big Buddha in Lantau

Being the world’s tallest outdoor bronze seated Buddha surely counts for something. There are many ways to get to the 34m-high Tian Tan Buddha (some just prefer to walk), but we recommend the Ngong Ping cable car, a giddy 5.7km ride offering panoramic vistas of Lantau and the South China Sea. You’ll still have to climb the over 200 steps leading up to the Buddha though.

Ocean Park, founded in 1977, is the bigger one, consisting of a marine mammal park, oceanarium and animal theme park. The theme park currently has 19 rides, including two rollercoasters. The newer kid on the block (it opened only in 2005) is Hong Kong Disneyland. See oceanpark.com.hk and park.hongkongdisneyland.com.

Avenue of the Stars

Hand- and footprints of Hong Kong’s favourite movie icons are permanently etched in the concrete here. There’s also a statue of favourite son Bruce Lee. The nightly Symphony of Lights show is on at 8pm.

According to official statistics, visitors to Hong Kong set aside half their money for shopping. And why shouldn’t they? With no sales tax or duty, goods often cost less than they would in the country of their origin. Top malls include Pacific Place, Times Square and Harbour City. Shopping districts run the gamut from glitzy Causeway Bay to seedy Mong Kok (the most populated area per square metre in the world — yes, Hong Kong is big on records). Nathan Road, Kowloon’s main thoroughfare connects Tsim Sha Tsui with Mong Kok and is lined with shops. Nearby Temple Street is noted for its night market and bargains.

A streetfood stall in Hong Kong

Where to Eat
There are over 11,000 dining establishments in Hong Kong so it would be unfair to single out a just a few. When did that ever deter us? Take Tim Ho Wan, for instance. The inclusion of this modest dim sum canteen in Mong Kok in the Hong Kong Michelin Guide 2010 has put it in the enviable position of being the cheapest Michelin-starred restaurant in the world. The steamed dumpling Chiu Chew style and steamed egg cake come highly recommended. The open-air ‘dai pai dong’ food stalls are part of Hong Kong’s collective memory and there are several in Central. The cha chaan tengs are the Hong Kong version of American diners. The Jumbo Kingdom floating restaurant (jumbo.com.hk) is kitschy and popular. For dessert, head to the Tai Cheung Bakery in Central. The last British governor of Hong Kong, the well-loved Chris Patten, swore by its egg tarts.

Where to Stay
The Peninsula in Tsim Sha Tsui is Hong Kong’s oldest and grandest hotel (from HK$4,200; www.peninsula.com). Built in 1928, it retains its colonial aura. Luxury options include the Mandarin Oriental (from HK$3,100; mandarin oriental.com) and the W Hong Kong (from HK$1,950; starwoodhotels.com). The rather more affordable Kowloon Hotel (from HK$850; harbour-plaza.com/ klnh) offers views of the back of The Peninsula (it could have been worse!). For the best views, you’ll have to check into the Hotel InterContinental Hong Kong (from HK$2,100; intercontinental.com). It’s right over the harbour, with most rooms offering stunning views of the water. The floor-to-ceiling and wall-to-wall windows help. The number-one choice for budget travellers is the Salisbury YMCA (from HK$750; ymcahk.org.hk). Chungking Mansions (chungking-mansions.hk) on Nathan Road is a towering eyesore that refuses to crumble, the warren of vice immortalised in Wong Kar-wai’s acclaimed Chungking Express. There are over 80 affordable guesthouses to choose from here.

An Insider’s Guide on Exploring Guwahati in 24 Hours 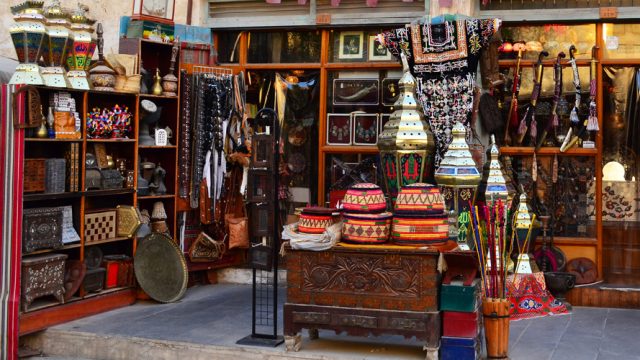 Things To Do In Doha: Go Shopping! 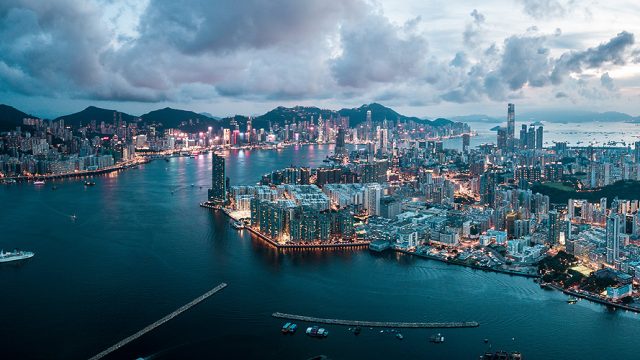 5 Easy Day Trips From Hong Kong You Should Go For

When in Hong Kong, break away from the monotony of the city and take these day trips to the neighbouring islands and mainland China