Winter is coming. And that can only mean one thing – it’s time to start planning that

tropical getaway away from the chilly North. But October heralds yet another season – that of wildlife sightings. It is when Indian National Parks start to open and the promise of a rain-bathed, verdant jungle awaits tourists. So, if you’re an ocean lover who loves to witness exotic creatures, how do you decide? Fret not, for there’s a way to do both. And how!

Although often set aside as niche adventure sports, diving and snorkeling are highly misunderstood holiday activities. For one, almost anyone at any age can go snorkeling. Diving may require a certain minimum level of fitness and the ability to swim, but with discover-scuba courses abound, even that criteria cannot completely deny you the experience. What’s more, a dip into the ocean gives you both – an immersive water experience and wildlife sightings like no other on the ground. It is worth the certification courses.

We’ve narrowed down five places that deserve to be on any diver’s bucket-list:

A coral table at Raja Ampat

Whatever type of diver you are, and whichever kind of marine life you prefer, Indonesia will deliver. The archipelago of over 17,000 islands has a wide range of dive sites, each with its own distinct ecology. In Bali, lying 25 yards off Tulamben’s rocky shore, a U.S. Liberty-class ship makes for an imposing underwater sight. It is also very accessible since the shipwreck dive goes from nine to 30 metres depth, thus offering itself to divers of all certification levels – open water, advanced and above. The wreck is a contrasting backdrop to the colourful fish schools that navigate it.

There’s also Cape Kri at Raja Ampat which features a coral garden that you won’t find anywhere else. Gigantic schools surround divers here and the experience is unmatchable. The dive site is reported to have as many as 374 species of fish and offers sights of manta rays, sharks, barracudas and giant trevally.

Komodo Island has many dive sites visited by black-tip, white-tip and even hammerhead sharks. Other popular dive sites include Lembeh strait and Wakatobi.

A British Merchant Navy ship filled with all manners of war equipment for cargo – trucks, jeeps, motorbikes, train carriages and equipment – was sunk in the Egyptian Red Sea by two German bombers in 1941. We shall leave the resultant coral to your imagination. Sitting at a maximum depth of 29 metres, the HMS Thistlegorm makes for a very popular dive site. Expect strong currents and encounters with giant moray eels. You could do a liveaboard or a day trip from Sharm El Sheikh.

There’s Ras Mohammed Marine Park at the tip of the Sinai peninsula. At the convergence of the Red Sea and the Aqaba and Suez gulfs, the reef that drops down steeply features soft corals and exciting marine life including jacks, unicorn fish, barracuda and Napoleon wrasse. Keep your eyes peeled for those macro beauties called nudibranches. The Shark and Yolanda Reef offers good currents for drift divers and features three different reefs that can be explored in one go.

For more experienced divers, there are The Brothers islands. Consisting Little Brother and Big Brother, these islands offer around 12 interesting dive spots and two famous wrecks – Aida And Numidia. Some of these dive sites have great depth and can serve up unpredictable, strong currents so you need to have at least 50 dives logged. If you do, get ready for some vertical walls lined with coral and encounters with oceanic whitetip sharks, schooling hammerhead sharks, silvertip sharks and even the rare thresher shark.

A chain of 200 islands in the western Pacific, 650km southeast of the Philippines, Palau is popular with marine life enthusiasts. While it has many cool dive sites with good visibility and moderate water temperatures through the year, people usually line up for the Blue Corner first. Since the currents are strong and the method of diving peculiar (divers ‘hook in’ to watch the show), this one is for experienced divers.

But it’s worth every effort – big schools and big fish are the norm here. Snappers, jacks, chevron barracuda, red-toothed triggerfish, tuna, wahoo, groupers, eagle rays, green and hawksbill turtles, sharks, sharks and more sharks… For an even more exciting trip, explore the Blue Holes, where you can navigate caves and holes in the reefs and witness coral gardens illuminated by ethereal shafts of sunlight seeping in from the ocean surface.

Apart from diving, the region offers what is perhaps the most unique snorkelling opportunity. While encounters with jellyfish are usually painful, the Jellyfish Lake of Palau is famous for its schools of golden jellyfish, which are completely harmless and follow the trajectory of the sun during the day. Swimming and snorkelling fearlessly among these golden-hued wonders is the photo opportunity of a lifetime.

The Great Blue Hole, a submarine sinkhole off the coast of Belize

Looking for a dive site like no other? How about an enormous underwater sinkhole? The Great Blue Hole lies near the center of Lighthouse Reef atoll, located about 104km from Placencia, Belize, and attracts thousands of divers from around the globe annually. The site owes its fame to Jacques-Yves Cousteau, who ranked it among his top 10 dive sites.

The Great Blue Hole was originally formed as a natural limestone cave system during the last Ice Age. As the ocean rose, the caves flooded and the roof collapsed. Today it is a perfectly circular hole that measures over 305m in diameter and goes almost 122m deep, and is surrounded by reefs. You can either snorkel the fringing reefs or dive along the wall up to a depth of 39m. A dive into the hole offers you a viewing portal into the Ice Age. You can see stalactites that formed from dripping water, hanging from the ceiling of caverns at about 30-35m depth. However, do not expect colourful coral gardens here; due to its depth and lighting this dive site is devoid of bright colour and feels more like an eerie descent into an unending abyss.

You will however see Caribbean sharks here who are curious enough to approach divers. For more colourful marine life and corals, head to Half Moon Caye Wall, another dive site nearby.

If you want a heady cocktail of land and marine life, head to the Galapagos Islands. A volcanic archipelago of 19 islands surrounded by the Pacific Ocean, the Galapagos Islands is a marvellous exhibition of some unique flora and fauna, some of which are exclusive to these islands. Located west of Ecuador around 1,000km off the coast of South America, at the meeting point of three ocean currents, the marine life at these isolated islands is a sight to behold for any diver/snorkeller. These are the islands that inspired Charles Darwin’s masterpiece – the theory of evolution by natural selection.

On land are Darwin’s finches, the sally lightfoot crab, the Galapagos land iguana, giant tortoise, blue-footed boobies, while in the water wait schooling hammerhead sharks, Galapagos sharks, whale sharks, spotted eagle rays, penguins, marine iguanas, sea lions and lots more. Nearly 20% of the marine life here is found nowhere else is the world. If you’re a wildlife lover, this is your Mecca. 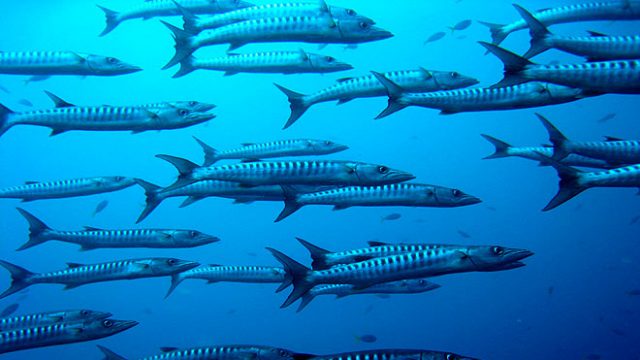