Home » Destinations » Hot Lists » 10 things to do in Flanders: Belgium

BRUGES
It’s straight out of a fairy tale, we promise. Sightseeing in Bruges does not require drawing up an itinerary and showing up at attractions. Instead, visitors meander about the cobblestoned streets set beside an intricate web of scenic canals, which in turn are lined with ornate houses and other historic architecture. Spend some time at the gorgeous Hof Bladelin mansion, the richly endowed Groeninge museum, the towering Belfry (climb it!), the stately Stadhuis (town hall) that’s still in use, and the bustling market halls (especially on busy Wednesdays). Stay back at least a night to enjoy the floodlit evenings and take a thrilling ballooning tour for views from above (www.visitflanders.com; www.bruges-ballooning.com).

THE GREAT WAR CENTENARY 2014-18
The reason why the number of tourists visiting West Flanders almost doubled in 2014 was the spotlight that the start of the WWI Centenary brought upon Belgium’s historic battlefields. Among the highlights of a deeply moving visit here is the Trench of Death by the Yser River near the city of Diksmuide, several thoughtfully curated international commemorations marking the First Battle of Ypres and the flooding of the coastal plains, and the immaculately kept Tyne Cot Cemetery. Flanders invested significantly in heritage tourism in the run-up to the four-year-long Great War Centenary 2014-18, in particular at the must-visit In Flanders Fields Museum in Ypres. Also see the Lijssenthoek cemetery in Poperinge, the Memorial Museum Passchendaele 1917 at Zonnebeke, the Yser Tower and Museum in Diksmuide, and the new Western Front visitor centre in Nieuwpoort (www.flandersfields.be/en).

FLEMISH BEER TOUR
Flanders’ oldest university town, Leuven, is also Belgium’s beer capital. Check out the atmospheric pubs and charming B&Bs offering irresistible ‘beer packages’ for visitors. The Zythos Beer Festival, held here in the last week of April, is the world’s biggest celebration of Belgian beer. And it’s at Leuven that Domus crafts artisanal beers in the shadow of the medieval City Hall. The renowned Stella Artois beer also comes from this little town—Stella stands for star in Latin and Artois is the family name of the master brewer who began high-quality brewing over six centuries ago, in 1708 (the process is now enabled further by the most modern of technology). Be sure to book ahead for the Brouwerij Stella Artois Vuurkruisenlaan tour (www.breweryvisits.be).

THE DESIGN MUSEUM, GHENT
Belgium’s exceptional contributions to contemporary design are too many to recount here, but peers like Lowie Vermeersch (the legend behind the Pininfarinan Ferraris) and Axel Enthoven, whose agency has designed over 1,900 products in different countries, have made it one of the global capitals in product design—garden furniture from Flemish companies like Tribu and Extremis, for example, can be found all over the world. A good place to discover this whole new side to Flanders is the Design Museum in Ghent. Even if you aren’t a serious follower of design, this quirky museum with its splendid Baroque, Art Nouveau, psychedelic and furniture-as-art collections is bound to captivate you. The setting is an artfully modernised 18th-century building, the layout and presentation of which is itself a revelation (www.designmuseumgent.be).

THE BANDES DESSINÉES
The Belgian comic tradition has spawned more than 700 comic-strip authors, making it the ninth art here in the ‘kingdom of imagination’. Tintin, Spirou, Bob and Bobette, the Smurfs, Lucky Luke, Blake and Mortimer, Marsupilami—Brussels, the capital of Flanders (even though, technically, it’s a region in itself), is a great place to discover ‘the heart of the European comic strip’. The quarter-century-old Belgian Comic Strip Center, housed in the 1906 Waucquez Warehouse, is the perfect place to begin. Try their two-and-a-half-hour Comic Strip Route, walking to explore Brussels’ connections to its comic strip frescoes. Or the classic Tintin Route, which starts at the Gare du Midi station and ends in Grand-Place. Or try the Nero Route to see Brussels through the eyes of Nero and his creator, Marc Sleen (www.comicscenter.net).

ANTWERP
Most Indians recall Antwerp as the world capital of diamond cutting and polishing, but the de facto Flemish capital (Brussels is the real deal) is also the erstwhile hometown of Peter Paul Rubens and one of Europe’s greatest trading cities. It was nearly ruined by WWII and then went on to be reborn as a fashion capital with a big city vibe and an innate stylishness. Discover the finely decorated Rubens House, the rotating fashion exhibits at the ModeMuseum (or MoMu), the precious artwork at the soaring Cathedral of Our Lady, and the lovely furniture and garden courtyard of the regal Rockox House. You can, of course, also take tours of the Diamantkwartier (the Diamond Quarter, also dubbed the Square Mile) and of the Jewish community in this ‘Jerusalem of Europe’ (www.visitantwerpen.be).

CYCLE FLANDERS
If you have ever contemplated a cycling holiday—and if you haven’t, start now!—Flanders is a great region in which to take to the roads pedalling. The cycling tradition is strongly established, with the 159-mile, open-to-all Ronde van Vlaanderen (Tour of Flanders) completing 100 years last year. But no, we are not suggesting you attempt its rigorous course. Propel yourself instead at a most tranquil pace, past picturesque villages and artistic towns, national parks and silent woods, rolling hills and winding canals. Look out for the yellow biker-friendly logo near ‘Bed and Bike’ facilities—they are located not more than 5km from an official cycle route, and offer essential additional services like cycle sheds, repair kits and maps (www.fietsroute.org, www.thechainstay.com).

FLEMISH ART AND CRAFTS
The art and crafts that originated in Flanders historically owe their exquisite evolution to the wealthy traders and generous patrons of the region. Boutique stores and museums—Flanders has an extraordinary diversity of thematic repositories—showcase painstakingly hand-worked and extraordinarily beautiful lace and tapestry. The Golden Age of Flemish painting is also best seen in the elegant cities where the movement was born. Flemish masters such as Hubert and Jan van Eyck, Hieronymus Bosch, Hans Memling, Rubens, Brugel and Bouts are still to be found—two devastating World Wars later—in chapels, public buildings and museums, their glow undiminished (www.artsflanders.be).

THE BELGIAN CHOCOLATE EXPERIENCE
‘So much chocolate, so little time’ goes the slogan above the Boon Chocolate Experience counter in Hasselt, and rightly so since the famous chocolatier serves over 40 types of drinking chocolate (every drink comes with two chocolates and a small pot of chocolate mousse). Flanders takes chocolate, even the world renowned Belgian chocolate, to quite another level of experience. The compact and easily traversed region has among the world’s yummiest chocolate museums, workshops, tours, tastings and ‘chocolate tea rooms’. Savour legends like the De Proeverie in Bruges (a house specialty is hot milk with freshly melted chocolate from the Chocolaterie Sukerbuyc across the road) or get finger-lickin’ messy with a learn-all-you-can workshop at Chocola-Tuti in Leuven (www.visitflanders.com/en/themes/belgian_chocolate).

‘FLANDERS IS A FESTIVAL’
Presenting the ultimate music festival destination in the world—Flanders. There are 280 of them (550 concerts in over 80 locations says another official estimate), making the region what they call ‘13,500 square kilometers of festival ground’, and every bit of it has something to do with music. A legion of abbeys, cathedrals and belfries provide a unique setting for the events, and thronging tourists are helped by the varied hospitality infrastructure available especially for them. Still, all said and heard, it’s the warmth of the Flemish people that makes it so real (www.festival.be/en; ‘Flanders is a Festival’ Facebook page).
Belgium Flanders things to do in Flanders 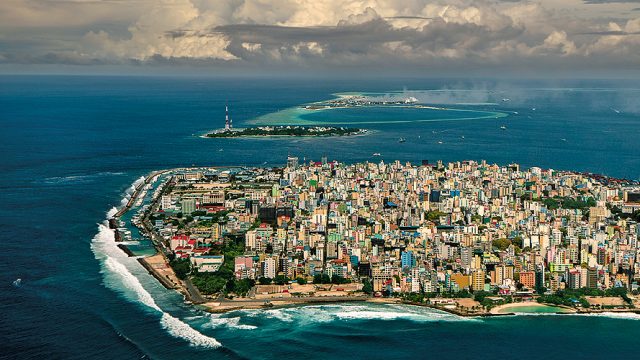 Explore Malé, one of the world’s smallest and densely packed cities 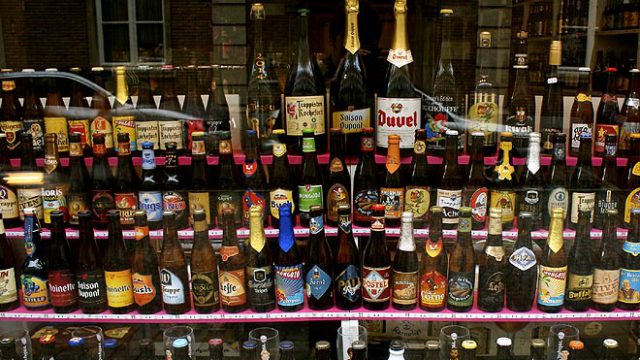