Home » Books » Empire of Tea: The Asian Leaf That Conquered The World

monkeys—Eu­ropeans were always in search of a story that was exotic enough to complement a perfect cup of tea. Which is why the Chinese and the Japanese aristocrats spent fortunes on understated tea-ware that the European mer­chants found difficult to compre­hend. Serving tea in appropriate crockery is still an important part of the global tea industry. The famous silver teapot has to have a porcelain lining otherwise the metal will alter the flavour and silver teacups are, of course, a strict no no. Empire of Tea tells the tale of the increasing hold of tea on the global palate, begin­ning with awestruck 17th-centu­ry Europeans. One reason for the initial wonder was certainly the exotic implements involved: tea drinking, already a ritual in the Far East, fast became almost a religious ritual in Europe.

Black tea should be infused with boiling water for two to three minutes whereas green and oolong need to be steeped at 70-85°C for just half a minute. Of course, tea packagers these days are standardising the instruc­tions to make life easier for householders who don’t have the benefit of a tea thermometer or the Hsing Pien method which judges the brew by the size of the bubbles.

Then there’s the terminology. Tippy, flowery, gusty, smoky— adjectives that have become familiar to all tea drinkers who swear by the peachiness of a sec­ond flush Castleton or a single estate garden Assam. And that’s without taking into account the many Chinese and South Ameri­can varieties.

The authors of this fascinating history tell the brew’s history from a gendered, botanic and poetic point of view. And all three lenses are relevant since tea became the personal realm of dreamy Duchesses who debated endlessly on the different types, while the famous opium eater Thomas De Quincey referred to his drug of choice ecstatically as ‘bewitched water’, thinking that it generated a kind of tea. Tea was also the first official item of trade between England and China. It was also a subject of colonial intrigue—the British de­cided to break the Chinese hold on the tea trade by introducing smuggled tea leaves to Darjeel­ing and by laying claim to the tea bushes in Assam.

The early tea planters strug­gled against malaria and war, while the quality of life of those who worked for the planters left much to be desired. All this effort and loss of life was aimed at swelling the coffers of the British Empire and it succeeded spectacularly. Ultimately, and rather ironically, the world’s ‘way of tea’ has become the British way—even while the debates about milk first and Darjeeling with lemon continue. Purists refuse to even look at a teabag though manufacturers are exploring options that will allow whole tea leaves in bags that will gently unfurl during the brewing process.

Accompanying this excellent narrative is a wealth of visual material from across the ages, including still lifes by Dutch art­ists that the paperback edition rather loses out on. However, the sheer wealth of information in the book is to be savoured over a refreshing cup of tea—whether Darjeeling, oolong, or Assam, is up to the reader. 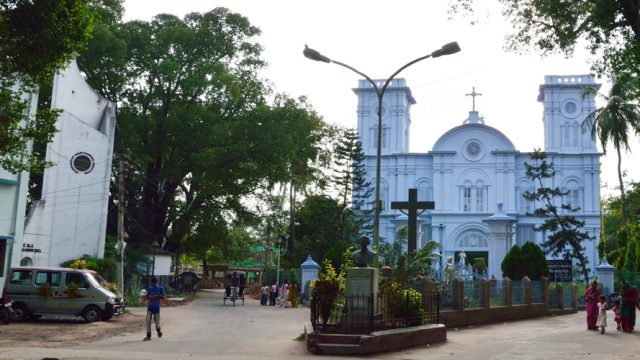