Sush can't make the nation cry along through this weepy. Instead, you just want to tear your hair in irritation. 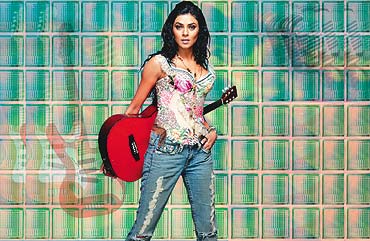 The world is almost equally divided between Aishwarya Rai and Sushmita Sen admirers. I root for none. And so, after Kalpana Lajmi’s dismal Chingaari, the disenchantment with Sush peaks again with Zindaggi Rocks. As an actress Sush has a way of making you aware that she is "performing"; she might be choosy about her roles but the effort that goes into inhabiting the myriad characters shows. In Zindaggi Rocks she does a bad job of acting. As rockstar Kria, she doesn’t even play the guitar as she should be. Then she overdoes everything else—being cute, smiling, laughing and, of course, crying. Every emotion is many a pitch too high. Her Mother Courage-type of character demands a strong connect, a sense of empathy from the audience. Unlike Rajesh Khanna in Anand, Sush can’t make the nation cry along through this weepy. Instead, you just want to tear your hair in irritation.