Making grand plans, then backing off, why is the Congress dithering still over making Rahul party boss... 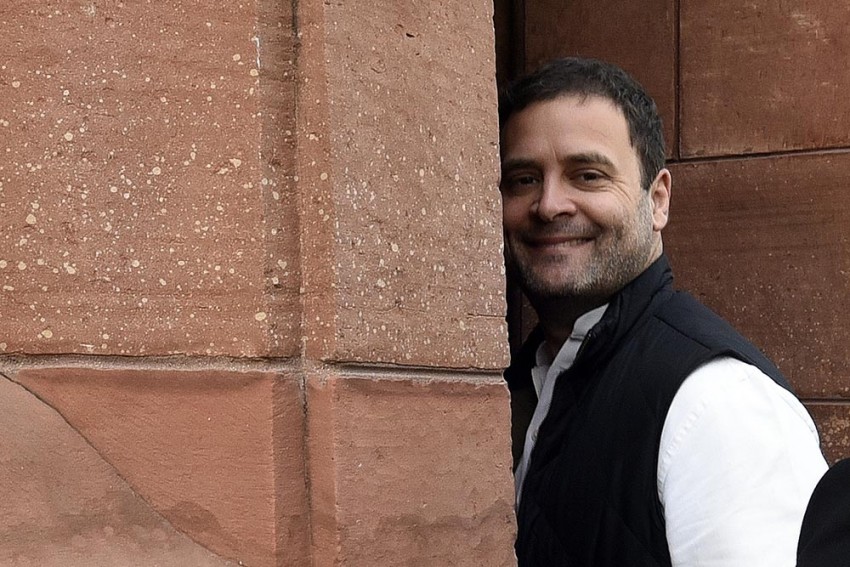 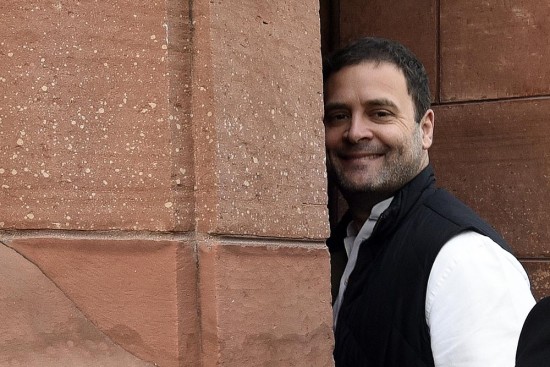 The heir-apparent frozen in an eternal wait for the promised crown—it’s a common enough phenomenon in royal houses the world over. India’s democracy, still not wholly free of the old feudal consciousness, has its own version. The wait was supposed to end, but even waiting for that final closure is becoming a waiting game unto itself. The BJP’s Gujarat campaign had a dig at that recently. When the Election Commission barred the party from using the word ‘Pappu’ in an electronic advertisement, deeming it derogatory, the campaign team promptly replaced it with ‘Yuvraj’. Rahul Gandhi’s attempts at an image makeover may have helped him shrug off the Pappu tag, but his party seems reluctant to elevate him from the status of yuvraj.

When will Rahul Gandhi take over as Congress president? It’s a question nob­ody has an answer to. From “after the Gujarat elections” and “anytime now” to “before the year ends”, the answer yo-yos from one leader to another. Much like the BJP, where only PM Narendra Modi and party president Amit Shah know exactly what is happening, in the Congress too, it’s only the family troika—Sonia, Priyanka and Rahul—who can give a definite answer to the ascension question.

Realistic about a scenario of losses in Himachal and Gujarat, a section thinks there’s no point in elevating Rahul now and thus exposing him to flak.

There have been several red herrings about the Congress’s grand coronation plan. First, it was supposed to be after the UP elections and then before Oct­o­ber 31, at the meeting of the Congress Working Committee (CWC). Sources tell Outlook that at the CWC meeting, held on October 24, the Gandhi scion was asked for the umpteenth time whe­ther he was ready to take on the responsibility. He apparently expressed his rea­­diness and said polls in Himachal Pradesh and Gujarat were not a consideration for him.

However, the CWC didn’t make an announcement. What gives? “The old guard dug in their heels,” explains a Congress leader. “They said, ‘What’s the rush? There’s time till December 31 to hold organisational elections as per the EC directive. The campaigning for Himachal is at its peak. Why have this distraction now?’ Then it was decided to meet and have the new president in place by November 19, the 100th birth anniversary of Indira Gandhi.”

Seemed like a timely and symbolically potent option. In anticipation of the elevation, the AICC lined up a mega rally at Karnataka’s Chikmagalur—famously, the constituency that hosted Indira’s political renaissance in 1978—between November 19 and 21. Karnataka is also one of the few Congress-ruled states, and this was slated to be Rahul’s first major public meeting as party president.

Now it appears that plan too has been tossed into the tray where bright ideas go when they die young. The Gujarat polls are the pretext. The Congress leader admits: “Older leaders are not on board where Rahul is considered and are not likely to accept him easily. It was felt that there’s no point antagonising senior leaders during the campaign. The Congress needs the guile and acumen of Ahmed Patel in Gujarat. And it’s no secret that under no circumstances will Sonia Gandhi’s political secretary be accommodated in Rahul’s Congress.”

The overarching picture of electoral fai­­lure in the Modi era has framed the Rahul question: would it be prudent to make an emerging leader shoulder the wei­ght of near-habitual losses? Each ele­ction revives that dilemma. Rahul may be in his best political form, the party may be optimistic about Gujarat but perhaps no one really believes it can pull it off. Thi­nking realistically about a scenario of losses in both Himachal and Gujarat, one section believes there’s no point in declaring Rahul as president before the results are declared on December 18, and making him take the flak.

An equally strong lobby thinks the elevation should happen as soon as possible: to maximise the new energy, gal­­­­v­­anise and reorganise cadre and get new office-bearers to work. There are crucial assembly elections coming up in Raja­s­than, Madhya Pradesh and Kar­na­taka in 2018, and the Lok Sabha polls in 2019. “Whatever the results in Himachal and Gujarat, the criticism is anyway going to be heaped on Rahul.... Everyone knows Sonia is not taking any decisions. So he might as well face it as party chief,” a young leader, waiting in the wings, tells Outlook.

This leader—eager to move into a less pessimistic phase—typifies the impatience of the younger lot with the “unnecessary delay”. The procedures are mostly done. Of the five-phase schedule prepared by the party’s central election authority headed by Mullapally Ramachandran, four are already complete. All Pradesh Congress Committees have passed resolutions that they will abide by the AICC decision on the president. “All state units have given their consent to Rahul Gandhi’s elevation. Now it’s up to the CWC when to hold the elections,” he says.

Elections too are a formality: nobody is likely to file a nomination for president against Rahul. “There are only two options: either the CWC meets and unanimously announces Rahul as president, or makes it a big event by convening the plenary or full session of the AICC and have a grand coronation ceremony. The party seems to be veering towards the plenary plan, though Rahul prefers a low-key affair,” he adds.

But there’s some classic Congress intri­gue too. A party general secretary lets on candidly that the old guard is waiting for Rahul to falter and fail in Gujarat. “If the Congress does badly, the anti-Rahul lobby will get an impetus to renew its campaign against him. The clamour will again start to bring in Priy­anka,” he says.

The older lot doesn’t mind doing business with Priyanka. “She’s more pragmatic in her approach towards the old guard as she realises their importance. She knows the younger ones have to lift themselves up by their bootstraps. So it’s not just a tussle between Jyotiraditya Scindia and Kamal Nath in Madhya Pradesh. There’s the shrewd Digvijay Singh too. He can’t be ignored, neither can Ashok Chavan in Maharashtra. Rahul is rigid, Priyanka more accommodating,” the general secretary explains.

An old Congress hand says the old guard, ranged against Rahul, is waiting for him to fail in Gujarat. They are more comfortable with Priyanka.

According to him, a file to appoint Priyanka as general secretary (organisation) is pending with Janardhan Dwivedi, present holder of the post. “It has been with him for three months or so,” he reveals. Dwivedi did not respond to Outlook’s calls and messages. The general secretary adds that Priyanka has already started preparations to contest from Rae Bareli, presently represented by Sonia Gandhi.

Meanwhile, Rahul has been creating a leadership zone—building his own team to circumvent the old guard. “Over the last year, he has been planting his people. Sachin Pilot as Rajasthan PCC chief. Jyo­tiraditya may emerge as Madhya Pra­d­esh chief. K.C. Venugopal as general sec­­retary, Divya Sapandana to head the social media team. R.P.N. Singh, Jitendra Singh, Ran­deep Surjewala, Jitin Prasada, Gau­rav Gogoi and Sushmita Dev are also part of Team Rahul. He’s doing it gradually, without a bang,” says another young leader.

He also talks about how Rahul has reva­mped the Adivasi Congress and is trying to bring together unorganised wor­­kers as a group, and professionals too. “It’s not that he’s ignoring the older lot completely. He has included Sushilkumar Shinde and Ashok Gehlot as general secretaries and given them charge of poll-bound Hima­chal and Gujarat. He can work only with people he can trust,” he adds.

About the change of guard, he says the sooner it happens, the better it will be for the party. “There will be greater clarity about the chain of command. There’s no point working under two power centres. Many of Rahul’s decisions are scuttled or deferred by the old guard on some pretext. Like his elevation itself.” The irony folds in upon itself. May not be for too long...but how long?

The Red In That Green