A comeback story unravelling well. The left-arm pacer's been brilliant in England. 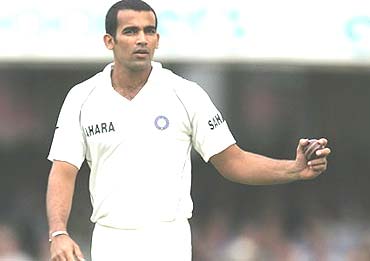 All that was redeemed, though, as he morphed into a lethal swingmeister under low-slung English skies last week and carved through the England top order—twice. It's 2007 and Trent Bridge in Nottingham. The left-arm swing 'n seam craftsman has just spurred India on to only its fifth victory in England in 75 years. With his 15 wickets so far in the series, Zaheer has reclaimed the mantle of the 'premier fast bowler' in a team brimming with pace aspirants.